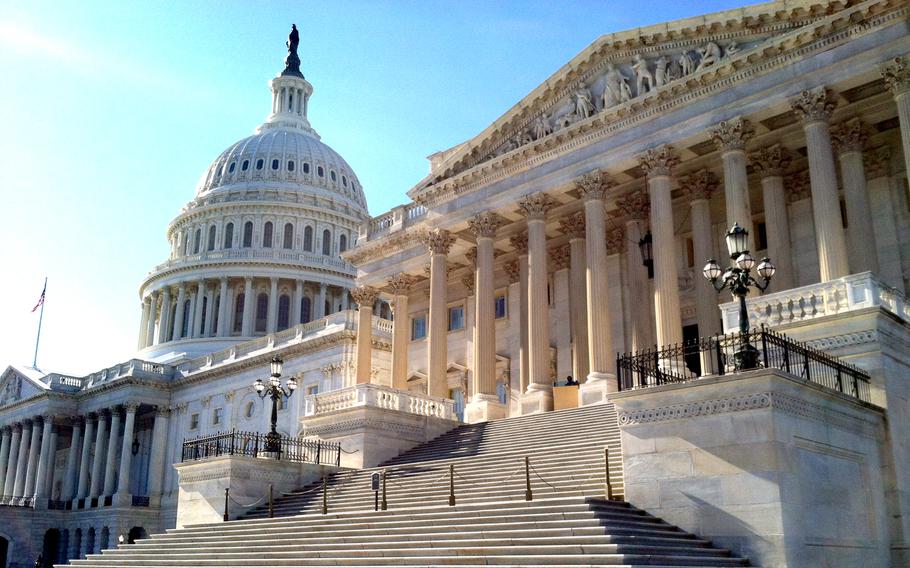 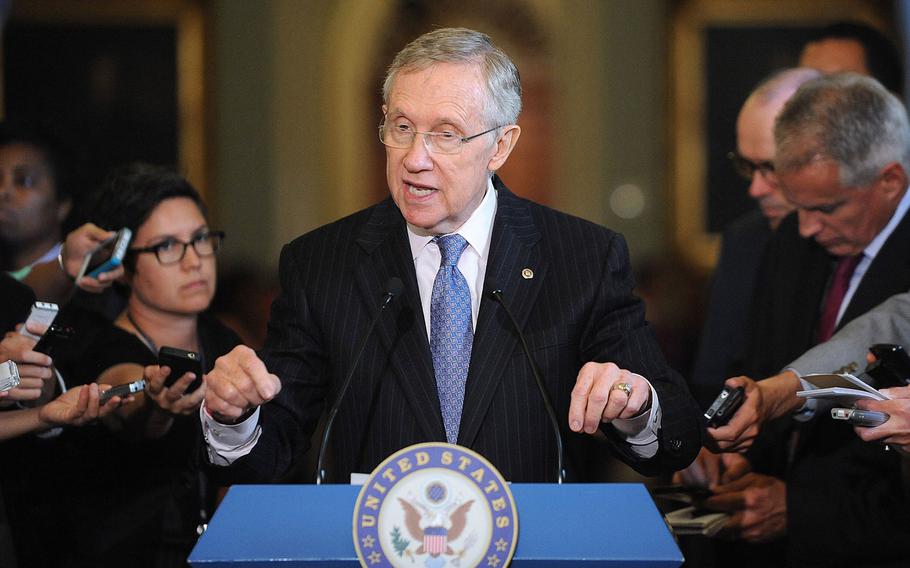 WASHINGTON — A pair of tea party Republicans moved to delay procedural and final votes votes until 12:30 p.m. Friday, setting up a scenario in which a bill to continue funding the government may not go back to the House until Sunday, just two days before funding is set to expire with the end of the 2013 fiscal year.

GOP Sens. Ted Cruz of Texas and Mike Lee of Utah had sent emails and press releases to their supporters, alerting them to a Friday vote on whether to defund the 2010 health care law known as Obamacare. When Senate Majority Leader Harry Reid, D-Nev., moved earlier Thursday afternoon to hold the procedural and final votes and get the bill to the House more quickly, Cruz and Lee objected.

That angered even some fellow Republicans, such as Sen. Bob Corker, R-Tenn., who suggested that Cruz and Lee were showboating.

“My two colleagues, who I respect, have sent out e-mails around the world and turned this into a show possibly, and therefore, they want people around the world to watch them and others on the Senate floor,” Corker said. “That is taking priority over getting legislation back to the House so they can take action before the country’s government shuts down.”

Cruz and Lee were unapologetic.

“When we told our constituents we oppose Obamacare, we meant it,” Cruz said. “We are not going to be complicit in giving Harry Reid the ability to fund Obamacare.”

The Republican-controlled House of Representatives last week passed a measure to continue funding the government but stripped out money to fund the health care law. Reid and Senate Democrats have submitted an amendment that restores the funding.

Unless a solution develops, funding would end at midnight Monday night, forcing federal employees into furloughs or delayed-pay situations. A wide variety of other government services would also be affected. Active duty military employees would continue to report for work, but would not be paid until a shutdown ends. Furloughed workers and contract employees may not be paid at all, depending on their positions.

WASHINGTON — Government funding will expire Monday night at midnight, unless Democrats and Republicans unite behind a political solution.

But there were few signs of cooperation after the Senate convened late Thursday morning in what was becoming a very fast-moving situation. Chamber leaders were scrambling to schedule a procedural vote Thursday afternoon and possibly even a final vote on a House bill to continue government funding.

That would have sent the measure back to the House late Thursday, or, if some time requirements couldn’t be agreed upon, Sunday —two days before a possible shutdown.

“Members of the United States military could be forced to defend this country without even a paycheck as thanks. And billions of dollars will drain from the economy every day the government is closed for business,” Reid said.

“This country cannot be governed by one faction of one party on one side of the Capitol. Governing must be a cooperative effort that sets aside ideological or parochial concerns in favor of what is best for the nation, for the economy and for middle-class families,” he added.

Republicans kept their fire focused on the health care law, the signature achievement of President Barack Obama’s first term, much of which is scheduled to begin Tuesday, with the new fiscal year. Senate GOP Leader Mitch McConnell of Kentucky repeated a plea for a handful of Democrats to cross the aisle and vote against funding the law.

“This law is a mess. It needs to go. It’s way past time to start over. And, as I’ve been saying all week, we need just five brave Democrats to join with us to make that happen,” McConnell said.

Speaking Thursday at an event in Largo, Md., Obama touted the health care law and derided Republicans for risking a government shutdown.

“The closer we get to [Tuesday], the more irresponsible those who are opposed to it have become,” he said. “The Affordable Care Act is here to stay.”

If a shutdown occurs, federal workers who are deemed “essential” would continue in their positions — jobs considered necessary to ensure public safety, such as emergency workers, food inspectors and air traffic controllers. But many workers will be furloughed, likely without pay, and a wide variety of other federal services will either stop or be delayed. Other effects will be mixed; mail service won’t stop, for example, but checks for Social Security recipients and veterans could be delayed as those agencies cope with fewer employees to process them.

The impact on the military would be mixed as well. In a 28-page memo to Defense Department employees last week, Deputy Defense Secretary Ashton Carter said military personnel “would continue in a normal duty status,” but “a large number of our civilian employees would be temporarily furloughed.” As to whether furloughed employees would eventually receive back pay, the DOD memo says that will be determined by Congress.

Other military officials predicted scenarios such as transfers being delayed, some service reductions and nonessential maintenance tasks postponed.

Carter’s memo minced no words in describing the potential impact, saying a shutdown “could impose hardships on many employees and disrupt important national security projects.”

There has not been a government shutdown since two brief periods in the mid-1990s — a five-day stretch in November 1995 and another 21-day period in January 1996. At that time, federal employees eventually received back pay, but contractors did not. An estimated 20 percent of federal contractors in Washington were affected by the shutdown, according to the Congressional Research Service.