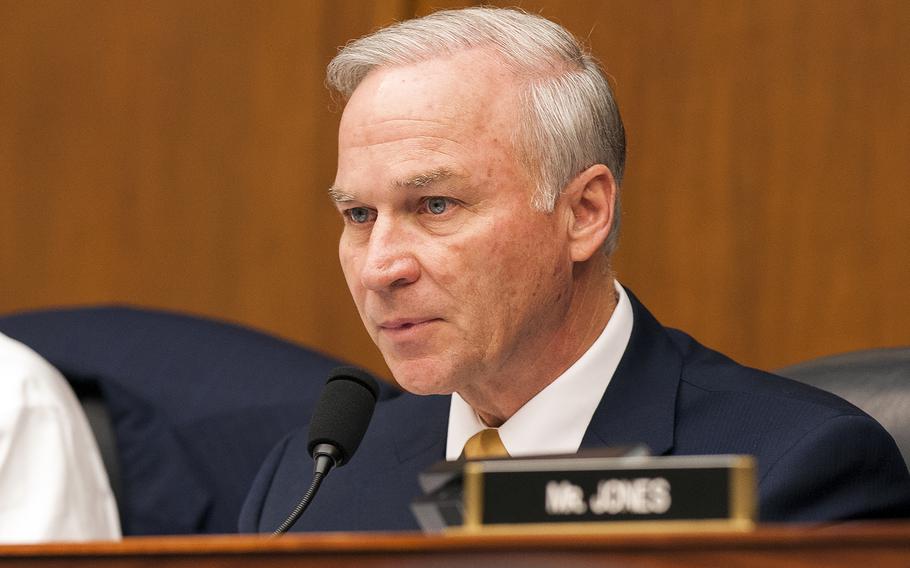 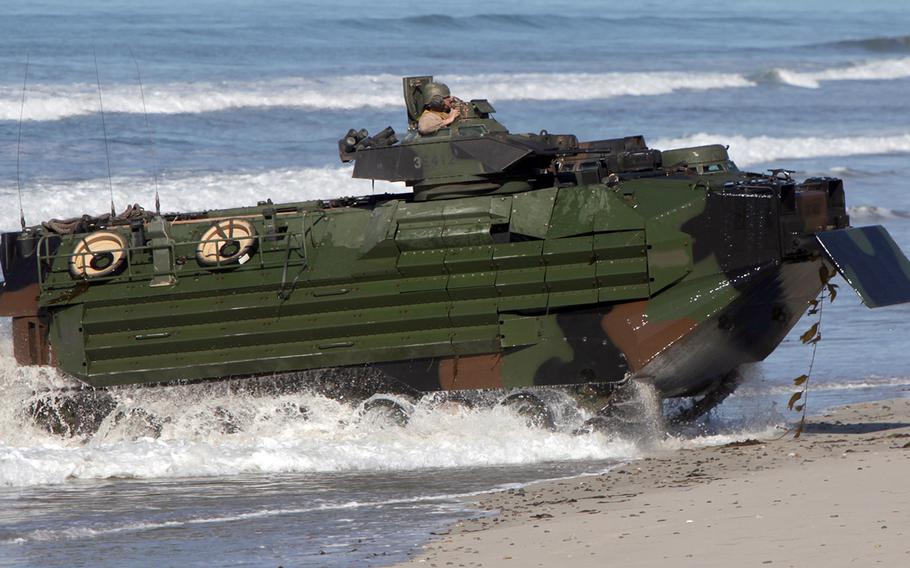 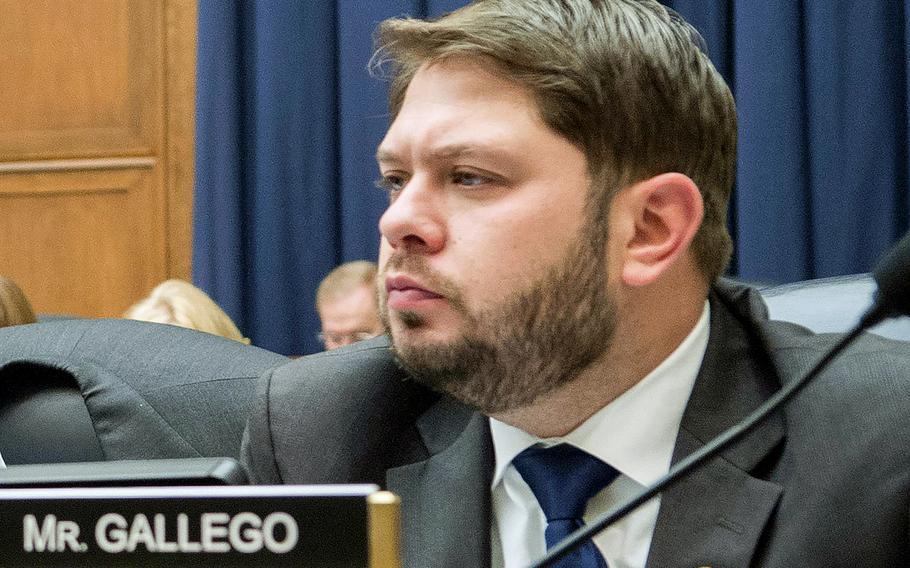 Rep. Ruben Gallego, D-Ariz., said renaming the a Marine Corps amphibious vehicle to honor an Iraq War unit is "something that is extremely personal to me." (Stars and Stripes)

Rep. Ruben Gallego, D-Ariz., served with Lima Company, 3rd Battalion, 25th Marine Regiment during 2005 when it lost 22 members — including 14 in a devastating roadside bombing — and sponsored the legislation asking the service to call its Amphibious Assault Vehicle-7 the “Lima Warrior.”

But support dissolved for Gallego’s proposal among members of the House Armed Services Committee due to opposition from the Marine Corps commandant. The committee voted against adding the measure to the 2017 National Defense Authorization Act during a marathon debate over the massive policy bill.

“This is something that is extremely personal to me,” said Gallego, whose voice appeared to waver with emotion during the hearing. “My unit unfortunately had the same tragedy that many other units had, where we were in ill-equipped vehicles, AAVs, and we lost many men including my best friend in the war.”

The AAV has since been upgraded to be more resistant to the type of IEDs that were common in Iraq, improvements at least partly prompted by the deaths in Lima Company, Gallego said.

“I would hope that if any of the Marines who live in the future because of these designs and the sacrifice of these men, that [Lima Company] would actually be recognized in the future for everything that we did in that time in Iraq,” he said.

Gallego received sympathy for his service in the war from fellow lawmakers but it was not enough to overcome a message to the committee from Marine Corps Commandant Gen. Robert Neller.

Rep. Randy Forbes, R-Va., an Armed Services subcommittee chairman, said he met Tuesday with the commandant to get his take on the proposal.

“His comment was this, that the United States Marine Corps chooses not to single out any unit or individual in the Corps by naming combat vehicles after them since all of our Marines sacrificed in Iraq and Afghanistan,” Forbes said.

Another Iraq veteran and Democrat on the committee, Rep. Seth Moulton of Massachusetts, said he had previously planned to support Gallego and vote in support of the Lima Warrior naming.

“This is a difficult call,” he said.

Moulton, who was a Marine infantry office during the war, said he has “tremendous respect” for Lima Company’s sacrifice in Iraq.

“But I do find the commandant’s comments compelling and as difficult as it is to say, I think the Marine Corps has established this precedent for good reason,” he said.