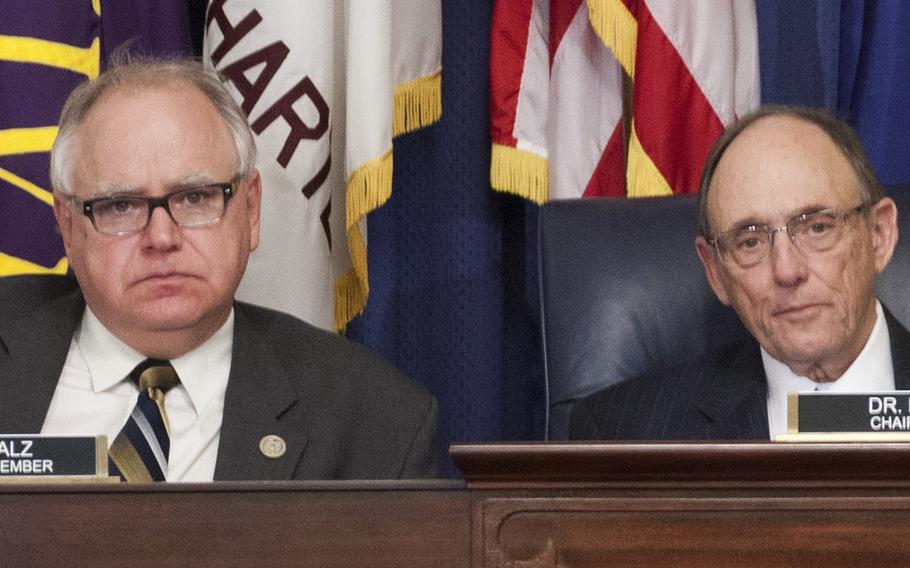 WASHINGTON – Despite concerns from Democrats, a House panel advanced legislation Wednesday that would make it easier for the secretary of the Department of Veterans Affairs to fire, demote or suspend VA employees.

The House Committee on Veterans’ Affairs passed the VA Accountability First Act of 2017 on a voice vote. The committee shot down three amendments from Democrats to take out a more contentious portion of the bill that they said could prevent it from gaining support in the Senate.

“Our choice today is very simple: You can stand with an antiquated system that is responsible for the lack of accountability and the scandals that have arisen over the past years, or you can stand with our veterans,” Rep. Phil Roe, R-Tenn., said before the vote.

Veterans advocates, VA Secretary David Shulkin and President Donald Trump, along with lawmakers from both parties, have pushed to shorten the appeals process used by VA employees facing disciplinary action. Supporters view a shorter appeals process as a way to rid the VA of poor-performing employees more quickly and root out a perceived culture of corruption at the department.

The legislation would require quicker determinations from the Merit Systems Protection Board, which hears the appeals. It would also allow the VA secretary to reduce employee pensions and recoup bonuses in certain instances.

But Democrats took issue Wednesday with one piece of the legislation that eliminates VA employees’ option to a grievance procedure. That portion has drawn harsh criticism from the American Federation of Government Employees, a union that represents approximately 270,000 VA employees.

Currently, an employee facing discipline who doesn’t want to appeal through the Merit Systems Protection Board can issue a complaint with their union, which could be resolved through collective bargaining. The bill would eliminate that option.

Rep. Tim Walz, D-Minn., tried but failed to replace that part of the bill with language the Senate has already supported.

“Being realistic, I think there is a real possibility we will not see anything on this by October,” he said. “By refusing to compromise on the 1 percent of this legislation we disagree on, Republicans have made it harder to pass the 99 percent of the legislation that is vital to making improvements.”

Walz also said he was concerned the legislation could be challenged through the court system. A law passed in 2014 to fire VA employees more quickly raised legal concerns, and the VA stopped enforcing it.

Roe answered back, saying failure to get rid of a grievance procedure would create a “giant loophole” in the law. Citing numbers from the VA, he said those procedures can extend up to 350 days.

Conservative-leaning advocacy group Concerned Veterans of America said Democrats were attempting to “water down” the legislation.