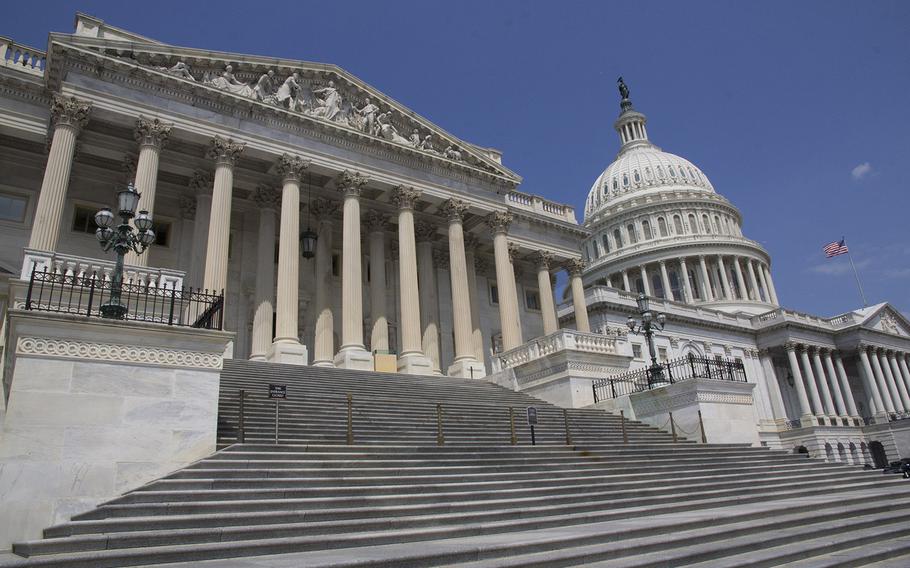 The VA claimed last year it drastically cut the number of disability and pension claims languishing for more than two years, but in reality the department wrote off thousands of cases without making final decisions on granting benefits, the IG found.

The VA has struggled for years with its benefits backlog, but the manipulation disclosed Monday by investigators before the House Veterans Affairs’ Committee suggests new depths of dysfunction and wrongdoing in the Veterans Benefits Administration, which accounts for half of the VA’s responsibilities.

The other major mission of the VA comprises a nationwide health care system now embroiled in scandal for manipulating data and covering up long delays in treatment at hundreds of hospitals and clinics.

Rep. Jeff Miller, R-Fla., chairman of the committee, said the VA manipulation of its backlog of veterans seeking disability and pension ratings by writing off thousands of unresolved cases is analogous to its health care facilities keeping secret patient wait lists to hide months-long waits.

It “created the appearance of success just like cooking the books on scheduling times,” he said.

The VA announced last year that it had reduced its oldest benefit claims from 43,000 to 1,258 in just two months as part of a special initiative to chip away at the backlog, according to the IG report released Monday.

Over 7,800 of the unresolved benefit claims disappeared from the backlog after the VA issued what it called a “provisional rating,” a preliminary decision based on incomplete or outdated medical information in a claims file. It is a classification that requires additional work by VA staff to become a final disability or pension rating and cannot be appealed by veterans, the IG found.

The department practice overstated the reduction in pending claims and progress toward eliminating the overall claims backlog, Linda Halliday, the assistant VA inspector general for audits and evaluations, testified to the House committee.

“They were working hard — they had to try something to clear the backlog — but we feel it misrepresented the workload,” she said.

Furthermore, the VA then “lost control” of the provisional ratings cases, which were pushed further to the back burner, where they were ignored. Some veterans might never have received final rating decisions if not for the IG investigation, according to Halliday.

Miller showed internal VA emails from last year showing managers told employees that the method of dealing with the oldest cases might go against their professional values but that “there will be no negative consequences for you the employees.”

The only negative effects would come from not meeting VA goals of reducing the backlog, according to excerpts from the emails.

Investigators also are looking at allegations that 40,000 pieces of mail, much of it related to claims, has been shredded or hidden at VA benefits offices in Philadelphia and Baltimore.

The VA considers any disability or pension benefit claims unresolved after four and a half months part of its backlog. This month, the department reported its backlog is now 270,913 cases, down from 588,000 reported a year ago when the special initiative to reduce the oldest cases began.

Allison Hickey, the VA undersecretary for benefits, told the House she was “saddened and offended” by revelations that the department’s health care system manipulated data and understands that lawmakers may be skeptical of benefits statistics.

“I know the No. 1 question on your minds is whether the accuracy of data in [Veterans Benefits Administration] can be trusted,” Hickey said.

Still, the overall claims backlog shrank by more than 56 percent from last year and veterans are waiting an average of 128 days less for a claims decision, she said.

“We have done 300,000 claims in backlog last year. We don’t have that many left in backlog this year,” Hickey said. “I think we will [eliminate the backlog] and I think we have the data to say we can.”

She said the disability and pension claims are filtered through 11 levels of review to catch errors, and benefits records are kept on a national database that allows changes to be audited to discourage manipulation, but there will always be employees in any organization that commit wrongdoing.

“When we find these individuals, you can rest assured I will respond quickly and take necessary actions,” Hickey said.

Miller and other members of the House Veterans’ Affairs Committee have said they are skeptical of such reassurances.

“They are all concerned about numbers and not veterans,” Benishek said. “It is absolutely unbelievable to me that this is going on and nobody seems responsible for it.”

Rep. Gus Bilirakis, R-Fla., asked Halliday if she trusts the VA claim that it has reduced the overall claims backlog by 56 percent.

“At this point, I can say ‘No, I do not trust those numbers,’” Halliday said. “They need to be looked at very carefully, so I don’t want to say I trust them.”