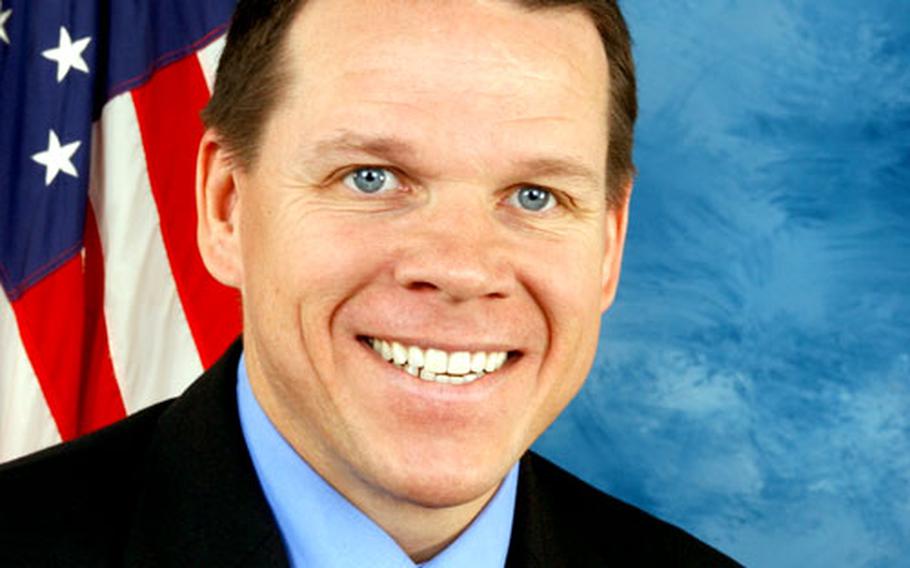 Rep. Sam Graves, R-Mo., has introduced a bill to cap all loans to servicemembers at no more than a 36 percent annual percentage rate. (Courtesy to Stripes)

WASHINGTON &#8212; The U.S. House of Representatives is considering legislation to help servicemembers avoid costly short-term loans by limiting what companies can charge.

Rep. Sam Graves, R-Mo., introduced a bill earlier this year to cut down on those companies&#8217; business by capping all loans to servicemembers at no more than a 36 percent annual percentage rate.

Similar measures have been introduced at the state and federal level in the past, but officials from Graves&#8217; office said the current war on terror adds extra urgency to the issue.

Opponents call the idea an industry-killer.

&#8220;This is just people trying to force us out of business,&#8221; said Steven Schlein, spokesman for the Community Financial Services Association of America, the industry&#8217;s national trade group. &#8220;That would be a choice denied to our service people.&#8221;

Schlein said the APR figure is misleading, since the cash-advance loans are never meant to be extended more than a week or two.

Limiting those fees would force the industry to offer only long-term large loans akin to banks&#8217; offerings, which don&#8217;t help customers looking for an instant and temporary financial fix.

But Matt Schafer, acting director of legislative programs for the Fleet Reserve Association, said his group hears many stories of young servicemembers getting the loans to cover weekly expenses, only to find themselves in serious financial trouble later on.

The FRA is publicly backing Graves&#8217; bill, and has been encouraging servicemembers to seek out alternatives to the cash advances.