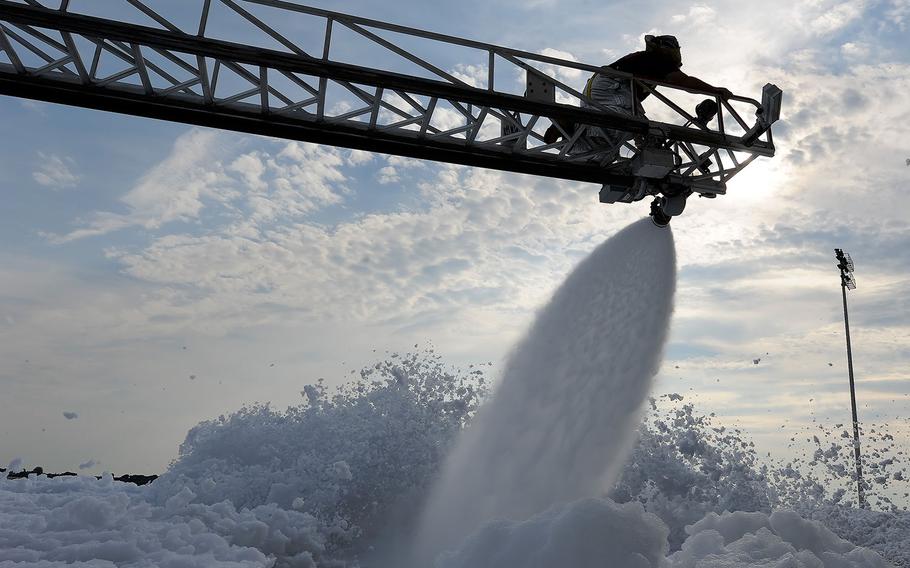 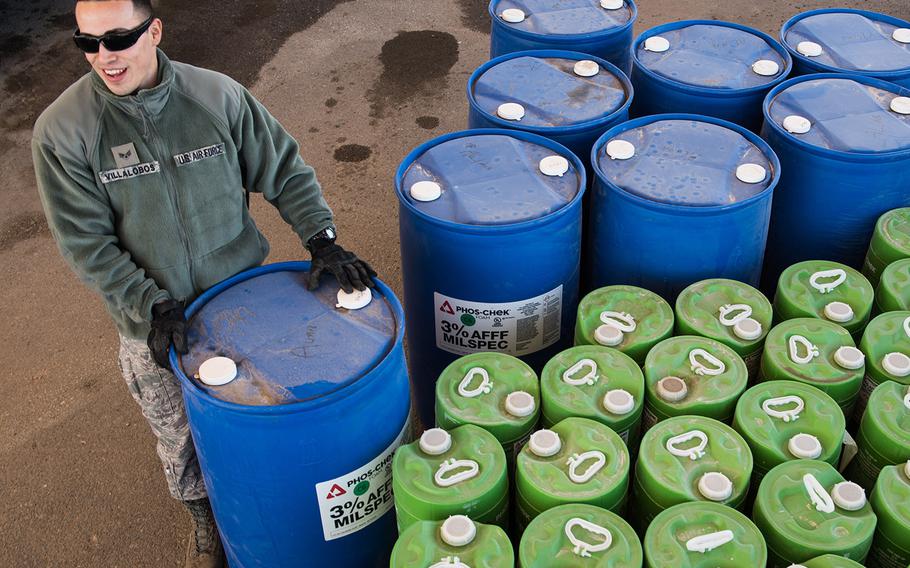 WASHINGTON – A House budget bill unveiled this week requires the Defense Department to submit a report to Congress on how potentially dangerous firefighting foam has affected drinking water around its former and current military bases.

The bill also directs the department to devise a plan to notifying communities around bases whose drinking water might be contaminated with the perfluorinated chemicals, known as PFCs, that are ingredients in foam used to put out fuel fires, douse crash sites and train servicemembers.

The firefighting foam, which is widely used by civilian authorities as well, recently sparked concerns around Joint Base Lewis-McChord in Washington state, Wright-Patterson Air Force Base in Ohio and Peterson Air Force Base in Colorado over drinking water contaminated by PFCs, which have been linked to organ damage and developmental problems in children.

The provision in the military funding bill could shed new light on the extent of the pollution but must still be passed by Congress. The Air Force and the Navy are already working on measures to reduce the danger.

“The secretary of defense is encouraged to require all services to establish procedures for prompt and cost-effective remediation,” according to a released statement on the bill by Rep. Rodney Frelinghuysen, R-N.J., the chairman of the House Appropriations Committee.

The appropriations bill is leftover congressional business from December and will fund the military for 2017. It must be passed by the end of April when current funding runs out or lawmakers will again face the prospect of a government shutdown.

If passed, Defense Secretary Jim Mattis would be required to turn over the foam report to Congress within four months.

Joint Base Lewis-McChord shut down three of its base drinking wells on Thursday due to levels of PFCs that exceeded health standards set by the Environmental Protection Agency, the News Tribune newspaper reported.

The discovery of two PFC-contaminated water wells at Wright-Patterson last year was linked to the fire-fighting substance, called aqueous film-forming foam, and led to a local drinking water advisory for pregnant women and bottle-fed infants, according to the Dayton Daily News.

In October, the Air Force acknowledged it dumped 150,000 gallons of PFC-laced water from a firefighting training area at Peterson Air Force Base into the local Colorado Springs sewer system, according to the Denver Post.

The Air Force is eliminating the use of the PFC-laden foam in favor of a more environmentally friendly mixture and is testing soil and water at bases where it might have been used, according to a statement by Maj. Bryan Lewis, an Air Force spokesman.

“Our goal is to protect human health and ensure mission activities do not impact installation and supporting communities’ access to safe drinking water,” the written statement said.