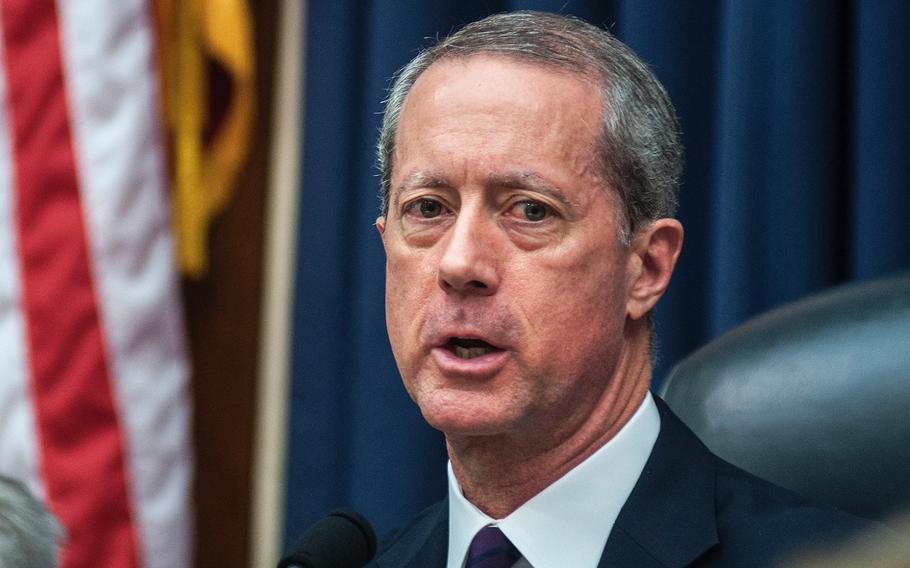 WASHINGTON — Rep. Mac Thornberry, R-Texas, in his first news briefing as the ranking minority member of the House Armed Services Committee, said Tuesday that he’s opposed to the use of military funds for non-defense matters, such as the construction of a U.S.-Mexico border wall.

The comments signal solidarity between both parties in the top ranks for the panel, since Thornberry’s objections mirror ones made by the committee’s new chairman, Rep. Adam Smith, D-Wash.

Smith and Thornberry have said while the president has authority to declare a national emergency related to the border wall, they are opposed to a move that could trigger the use of military construction funds to build it.

“I am opposed to using defense dollars for non-defense purposes,” Thornberry said. “To take some of that money and use it for something other than (military construction purposes) will obviously be damaging and I’m not for that. Seems to be that we need to fund border security needs on their own and not be taking it from other accounts.”

Thornberry also said possible legislation could thwart such a move and override a President Donald Trump effort to trigger the reallocation of such funds. On Sunday, Smith told ABC’s “This Week” that Trump does have the authority to declare an emergency, but argued he wouldn’t get far with it.

“Unfortunately, the short answer is yes,” Smith said of Trump’s authority to make the declaration. However, “in this case, I think the president would be wide open to a court challenge saying ‘where’s the emergency?’…this would be a terrible use of Department of Defense dollars.”

On Friday, Smith was officially named chairman of the armed services committee in a move that was widely expected under a change of power for the lower chamber after Democrats won control of the House with the November midterm elections. Smith and Thornberry have swapped roles on the House panel.

House Armed Services Committee and its Senate counterpart help shape policy and spending at the Pentagon, such as its annual defense budget.

Thornberry and Smith have said the committee works in a highly bipartisan matter and expect that to continue in the new Congress.

“If you are stationed on a ship out the middle of some ocean or if you’re in the desert or on a hill somewhere, you don’t really care which party is in control of what,” Thornberry said. “You want to know that somebody in Washington has your back and that’s really our job.”

Smith has already set a Democratic template for the panel, such as ramping up congressional oversight of military operations, re-examining defense spending and ensuring an inclusive military, such as ensuring transgender personnel can serve in the future.

Thornberry said Tuesday that he hopes to see a number of issues addressed before the panel, such as Trump’s decision to withdraw troops from Syria.

I’m “very concerned about …what the president initially decided,” he said. “We have significant interests” in Syria.

Thornberry also said he had also been in contact with former Defense Secretary Jim Mattis following his resignation. Smith has said Mattis could testify before the panel.

“It only confirms my respect for him,” Thornberry said of Mattis’ resignation letter. “I tend to be on the side to think allies are important, too.”

Though the defense budget is set for late into 2019, its next spending plan remains a moving target. And with a split Congress already facing an extended government shutdown for several other federal agencies, a new level of drama remains for the fiscal year 2020 defense budget.

“I’m supportive of our constitutional process,” he said.