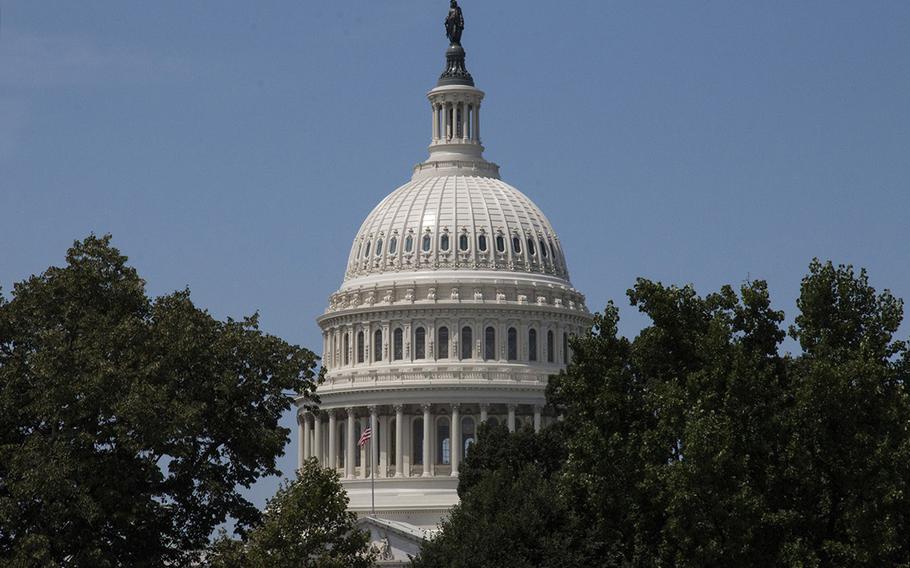 WASHINGTON – The House approved legislation that would allow servicemembers to terminate their cable, satellite television and internet contracts without incurring fees when they move or deploy.

The bill, introduced by Rep. Ryan Costello, R-Pa., and Rep. Derek Kilmer, D-Wash., would update the Servicemembers Civil Relief Act, which already allows troops to break rental contracts, car leases and cellphone contracts when they deploy or are relocated on active-duty orders. Some states allow servicemembers to get out of cable and internet contracts without paying early cancelation fees, but the policy isn’t the same nationwide.

“While some states already do provide relief, this legislation would enact a policy at the federal level to ensure servicemembers and their families receive uniform assistance no matter what state they reside in,” Costello said on the House floor.

The legislation was one of nine veterans-related bills the House passed last week before adjourning for its late summer recess.

Another measure would create a fourth division within the Department of Veterans Affairs focused on economic opportunity – an idea that began gaining momentum in the spring.

In March, Student Veterans of America argued VA economic opportunity programs, such as home loan guaranty and education and employment assistance, are buried in the agency’s bureaucracy. A separate division would give the initiatives more prominence and potentially help ease stress of transitioning from the military, the organization said.

The VA is already comprised of three administrations – benefits, health and cemeteries – each with its own undersecretary. The bill proposes creating a new undersecretary position to lead the new division.

“For too long, the outdated structure of the VA has allowed economic opportunity and transition programs for our veterans to fall by the wayside,” Rep. Brad Wenstrup, R-Ohio, said on the House floor. “This will promote transparency and oversight while placing greater priority on opportunity-based programs within the VA.”

One bill passed last week would allow spouses to terminate their rental contracts without penalty when a servicemember dies. Other measures aim to create new performance metrics for human resources staff at the VA and make it easier for the VA to recruit former military medics. One would remove a 12-year limit for disabled veterans to participate in vocational rehabilitation programs.

Ahead of the August break, Rep. Phil Roe, R-Tenn., and other Republicans on the House Committee on Veterans’ Affairs held a news conference highlighting legislation signed into law this session.

Roe said more than two dozen measures for veterans were enacted this congressional session. Another 35 – including the nine approved last week – were passed by the House and now await action in the Senate, he said.

It was uncertain Monday when the Senate might consider the nine bills. Senators are expected to work until the end of the week before leaving for a short recess.

The Senate Veterans’ Affairs Committee on Wednesday is scheduled to discuss another bill, passed by the House in June, to provide VA benefits to approximately 90,000 sailors who served off the coast during the Vietnam War. “Blue Water” Navy veterans claim they – like ground troops – were affected by exposure to the chemical herbicide Agent Orange.

The House will return to Washington in September. When lawmakers get back, the House Committee on Veterans’ Affairs plans to address issues surrounding veteran mental health, veteran suicide and resources to tackle veteran homelessness, Roe said.