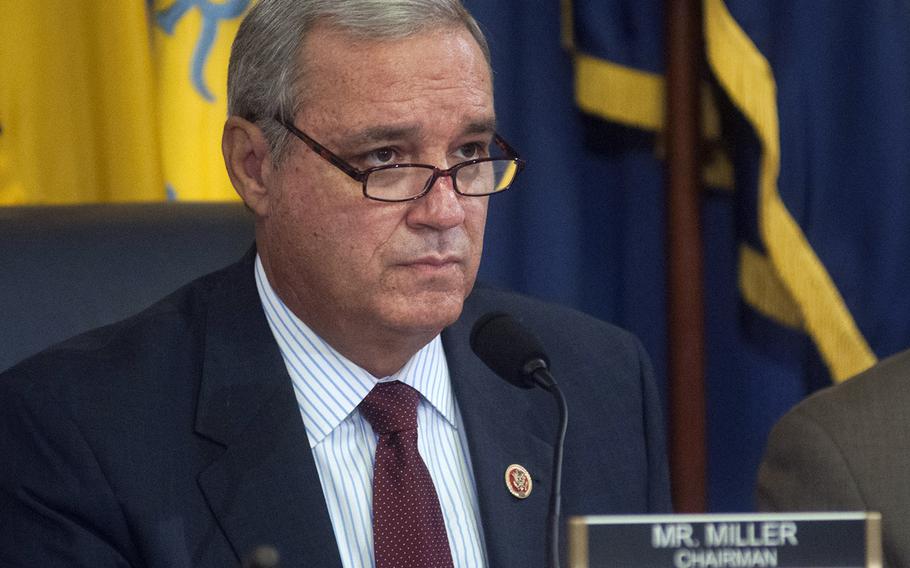 WASHINGTON — The chairman of the House Veterans Affairs Committee took aim again Thursday at VA management with an overhaul bill that would reclaim some pensions, limit paid administrative leave, and reduce the number of employee bonuses.

Rep. Jeff Miller, R-Fla., said the legislation is meant to root out corruption among about 292 department senior executives following a nationwide scandal over treatment delays and records manipulation in its health care system last year. Earlier this month, he introduced another bill that would allow the VA secretary to reclaim the performance bonuses of executives implicated in the scandal.

Federal audits found that 70 percent of the Department of Veterans Affairs hospitals and clinics used off-the-books waiting lists to hide long delays in providing care to veterans. But the VA has yet to fire any executives specifically for the records manipulation — the former Phoenix hospital director at center of the wait-list scandal was terminated in December for accepting amusement park trips and concert tickets from contractors.

“More than nine months after the VA scandal, Americans are asking, ‘Where is the accountability?’ Unfortunately, VA doesn’t have a good answer to this question,” Miller said in a released statement. “That’s why our focus remains on giving the VA secretary more tools to ensure corrupt and incompetent executives face serious consequences for mismanagement and malfeasance that harms veterans.”

Here is what the bill would do:

- If an executive is convicted of a felony crime that influenced their job performance, the VA secretary could subtract the amount of job service that counts toward a retirement pension.

- The department could not put any executives on paid administrative leave for more than two weeks. The VA drew criticism last year for paying some executives for months while sorting out allegations of wrongdoing.

- Every five years, senior executives would be required to change jobs to a new position “that does not include the supervision of the same personnel and programs.”

Miller has come out swinging against the VA in the new congressional session after a series of oversight hearings last year.

He filed another bill earlier this month that would claw back annual bonus payments from executives implicated in the wait-time manipulation. The payments had ranged between about $6,000 and $12,000 before the scandal broke, according to VA records supplied to the House.

Those employees are governed by the same rules throughout the federal government and were entitled to an appeals process that often lasted months until the law trimmed the process to four weeks.

Deputy Secretary Sloan Gibson said in November the VA was proposing disciplinary action against 42 executives but was also allowing them an additional five days to make their case because expedited firings could be overturned by an appeals board.