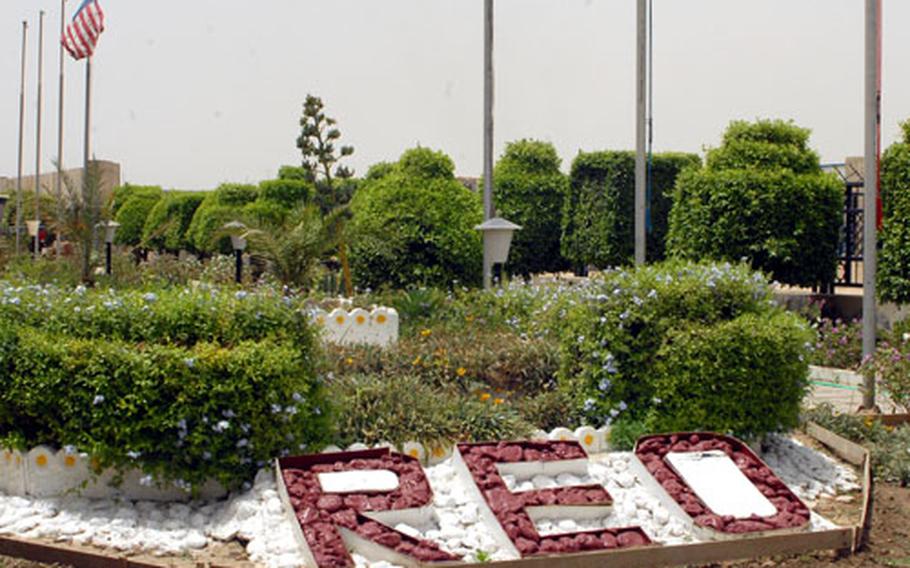 There&#39;s a lush garden to greet visitors in front of the Babylon Tourism Hotel in Hillah, Iraq. (Seth Robson / S&S)

There&#39;s a lush garden to greet visitors in front of the Babylon Tourism Hotel in Hillah, Iraq. (Seth Robson / S&S) 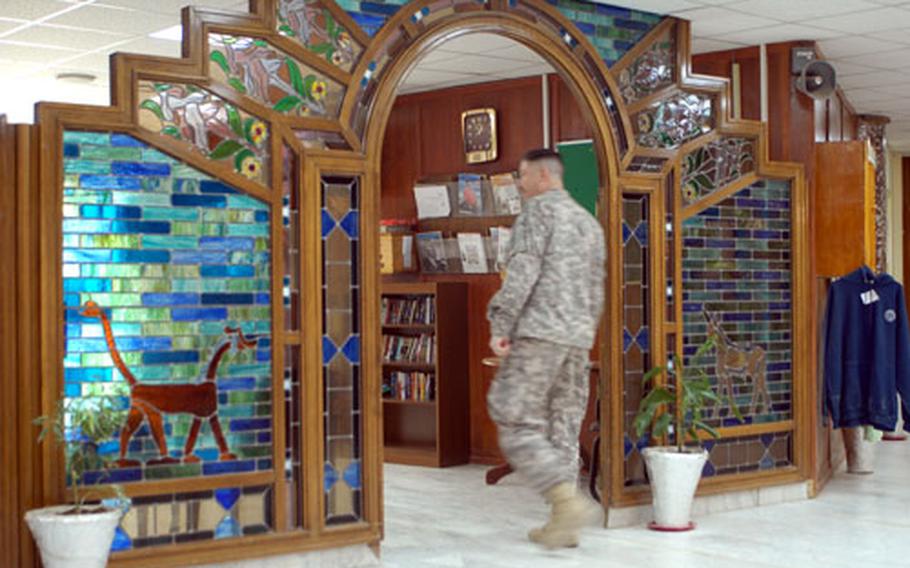 HILLAH, Iraq &#8212; More than 100 Iraqi tourism workers will go back to work when U.S. forces leave their base in the city of Hillah later this year.

The workers, formerly employed by the Babylon Tourism Hotel in Hillah, will return when U.S. forces move from the hotel to a patrol base on the edge of the city. The Americans were not required to leave Hillah by the June 30 deadline for U.S. combat troops to be out of Iraqi cities because they are associated with a provincial reconstruction team, and the facility is primarily run by the State Department.

The 66-room hotel has been a U.S. center since 2003. These days it&#8217;s known as the Regional U.S. Embassy Office in Al-Hillah and serves as headquarters for the Babil PRT and the 172nd Infantry Brigade&#8217;s Task Force 2nd Battalion, 28th Infantry Regiment.

Jeff Daigle, a public diplomacy officer with the Babil PRT, said four other PRTs moved from the hotel to other facilities a year ago. The Babil team will move to Patrol Base Hillah, outside of the city.

A man who gave his name as Fahmi, a Hillah native who has worked at the hotel for 15 years, kept his job when the Americans moved in. Some other hotel staff are also still tending to facilities such as the lush garden in front of the entrance.

But many of the staff members, including people with degrees in tourism and overseas work experience, sit at home, still collecting their wages from the Iraqi Ministry of Tourism, although they are not required to attend to guests.

In recent years, dozens of other hotel staff workers who fled Iraq during Saddam Hussein&#8217;s time have returned to the area to reclaim their jobs, he said.

In Saddam&#8217;s time the hotel was used by Iraqi businessmen when they visited Hillah and by European tourists who came to see the ruins of Babylon, Fahmi said.

American filmmaker Gwendolyn Cates, who is staying at REO Hillah while she makes a movie about Iraqi cultural heritage, said there is a lot in the area that would interest Western tourists.

Fahmi said a European travel agent used to organize trips for Westerners who would stay two or three days and visit the ruins of Babylon and other local sites.

Archaeologists have identified the nearby city of Ur as the site of the earliest known civilization, estimated to be more than 5,000 years old, he said.

Although the hotel is the only such facility in Hillah, it might be a stretch to keep more than 100 people employed in one facility. But if tourists return, the Iraqi Ministry of Tourism has plans to expand the hotel, he said.

&#8220;The security situation is improving,&#8221; Fahmi said. &#8220;People from France or India or any other country that has Muslims might come to [the nearby Shiite holy cities] Karbala or Najaf. Perhaps they would like to have a visit to the ruins of Babylon on their program.&#8221;