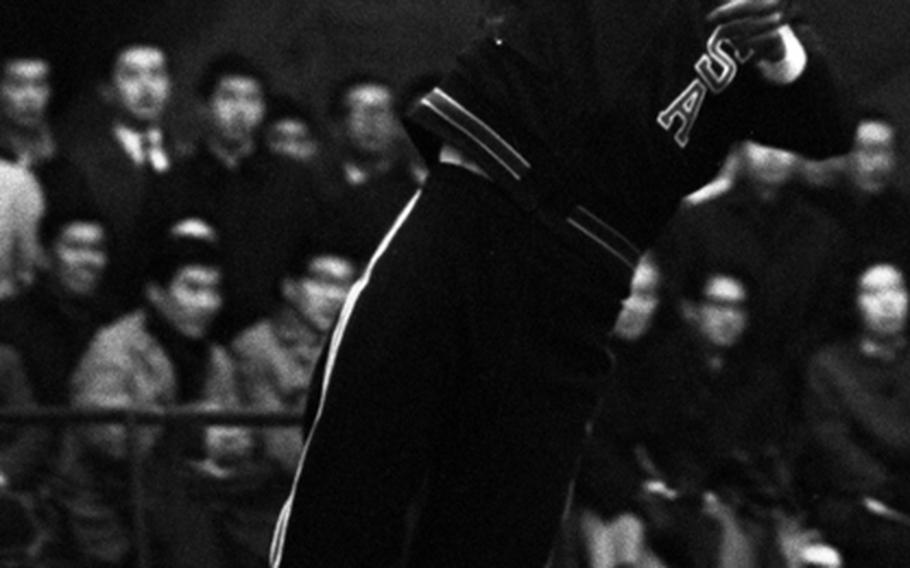 TOKYO &mdash; The weather inside Komazawa Gym was just as pleasant Wednesday as the weather outside, only inside it wasn't snowing.

Otherwise it was lovely weather for Eskimos or tennis buffs. The place was jammed, probably with both.

Many men spectators among the 2,500 put on their hats after being seated for a while in the freezing arena. Coffee concessions did steady business.

U.S. Davis Cup doubles ace Stan Smith was starting to go into his serve when from, the stands came a loud "kerchoooo!" Smith stopped and waved his racket in the direction of the virus, as if to say, "You too?"

The warmest spot in the building? During doubles action, Japan's Isao Kobayashi ran back and .put all his strength into a backhand shot.

The ball zoomed like a high velocity cannon charge and bounced off the right side of teammate Isao Watanabe's fanny.