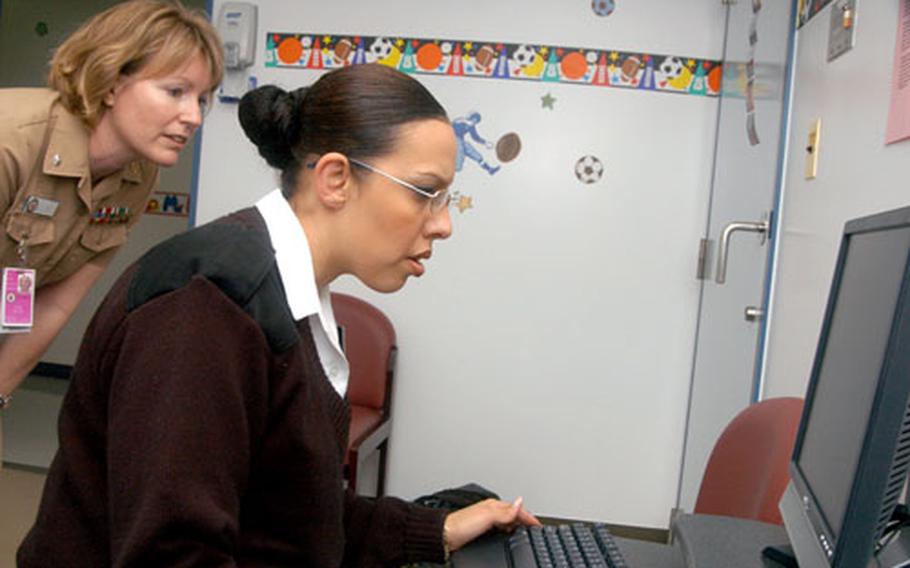 YOKOSUKA NAVAL BASE, Japan &#8212; Little Sera Shimakura was running a slight fever Thursday, but a phone call to U.S. Naval Hospital Yokosuka convinced her mom not to cancel the 18-month-old&#8217;s scheduled health checkup &#8212; a &#8220;wellness&#8221; appointment.

Patients will need patience this summer as the switch to a new record-keeping system slices appointment availability by 40 percent, hospital officials say.

&#8220;Usually, we can handle that because the fleet is out and a lot of families leave for the summer,&#8221; she said. But, combined with training personnel to use the new record-keeping system, &#8220;there is extra stress on everyone.&#8221;

Hospital workers also are feeling the crunch. They&#8217;ve been asked not to take vacations this summer as the hospital undergoes training on AHLTA &#8212; Armed Forces Health Longitudinal Technology Application &#8212; which converts paper medical records to electronic ones, she said. Yokosuka&#8217;s hospital is one of the Navy&#8217;s last shore-based facilities to make the switch, Bailey said.

&#8220;The positive aspect of AHLTA is that every DOD beneficiary will now have an electronic medical record that can be accessed at any military treatment facility in the world,&#8221; she said. &#8220;Lost records will be a thing of the past.&#8221;

But learning the system takes twice as long as hand-writing the records, Bailey said. And, depending on a hospital worker&#8217;s computer savvy, becoming adept on the system can take anywhere from four to eight weeks.

The biggest thing is getting the word out, Bailey said, as most people are more forgiving once they know the reasons for the inconvenience.

Replacement doctors and nurse practitioners are scheduled to arrive from late summer to early fall, Bailey said. In the meantime, hospital customers are asked to delay wellness visits and wait for Tricare to reassign them to a new primary-care manager, she said, adding that appointments for illness and required active-duty checkups will not be affected.