Hootie on tour to entertain troops 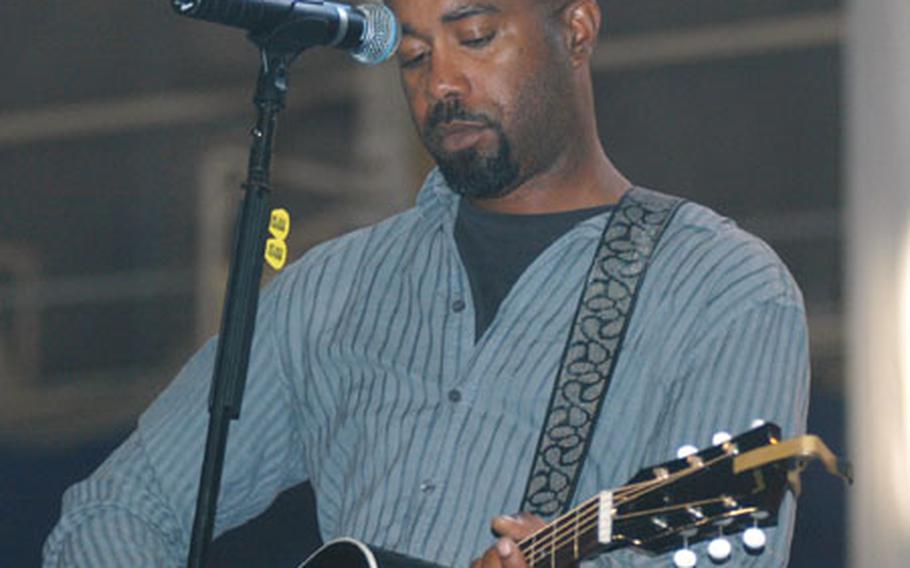 The show was to include performances by the New England Patriots cheerleaders, Pacific Air Forces Band of the West and Band of the Air Force Reserve. And, of course, Hootie and The Blowfish.

The band and the rest of the tour entourage have three more performances scheduled over the next week:

Sponsored by the Air Force Reserve Command and PACAF, the tour is designed to thank troops and their families by entertaining them, said tour producer Dave Ballengee.

Ballengee said the Air Force Reserve Command booked Hootie and The Blowfish because of their wide appeal and the fact they&#8217;ve previously played for the troops.

The band came to Okinawa and Misawa four years ago, the members said, but this trip holds more meaning because of the current conflict in Iraq.

Band members said they planned a special show for the troops.