Hooters to open restaurant near base in Germany 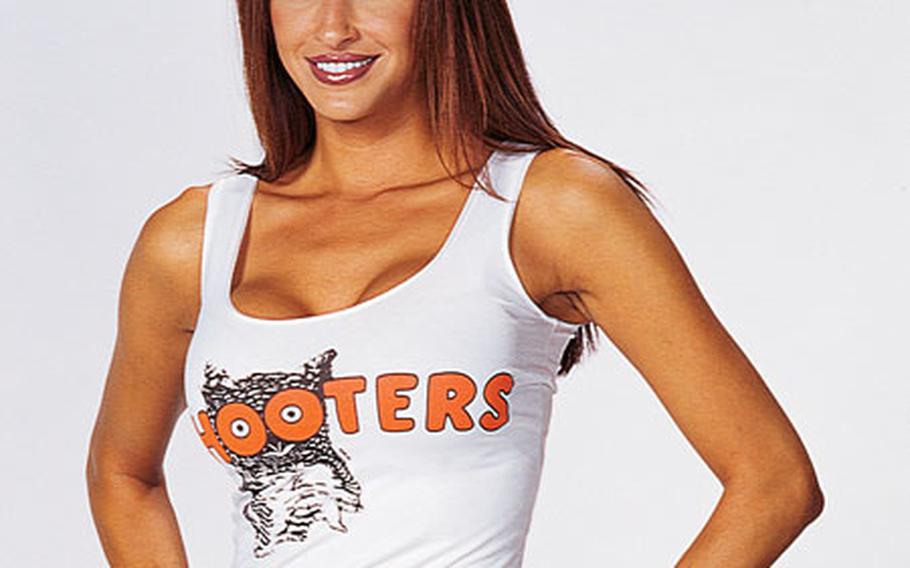 Hooters will open a franchise in Ramstein, Germany in September. (Courtesy of Michael Rennig)

RAMSTEIN, Germany &#8212; Say &#8220;auf Wiedersehen&#8221; to the image of the frumpy German barmaid with meaty fists serving beers you can barely pronounce.

And get ready to say &#8220;How ya doing?&#8221; to scores of women in low-cut tank tops and tight, orange shorts delivering mugs of ice-cold Budweiser.

Hooters, the quintessential American beer and Buffalo wing restaurant best-known for its nubile and buxom waitresses, is coming to Ramstein. The Atlanta-based chain is scheduled to open its first franchise in Germany in September.

The Ramstein location will be one of six franchises the chain plans to open in southwest Germany in the next five years, said Michael Rennig of Innovative Marketing Services, a German marketing firm involved in the Hooters launch.

Ramstein was chosen as the first German location because of its large American population, Rennig said. Roughly 53,000 Americans live within the Kaiserslautern military community, which includes Ramstein.

The concept of babes, beer and bar food is neither complicated nor difficult to digest. It has resulted in success for the chain&#8217;s 390-plus worldwide locations that began with its first restaurant in Clearwater, Fla., in 1983.

Army Capt. Brendon Saguil with the 29th Support Group said he would definitely go to the Ramstein Hooters when it opens.

The two-story restaurant with outdoor seating will have a variety of American beers and 17 big-screen TVs broadcasting American sports. The menu will be the exact same as at a stateside Hooters. While the chicken wings will be bought locally, the Buffalo wing sauce will be shipped from the States. The restaurant will accept U.S. dollars, Rennig said.

For the first eight weeks after it opens, eight Hooters girls from the States will be working at the Ramstein location to get it up and running.

Organizers are planning a grand-opening celebration that could last three days when the restaurant opens. &#8220;The only thing we can&#8217;t arrange is the Florida sunshine,&#8221; Rennig said.

In general, Americans told Stars and Stripes that Hooters would likely be a success among both Americans and Germans.

Stateside chain restaurants have proved popular with Americans in the Kaiserslautern area. The Chili&#8217;s restaurant on Ramstein Air Base has nearly always had a waiting list for a table since it opened last year.

The Ramstein Hooters is seeking applications from American women. To apply, e-mail your r&#233;sum&#233;.