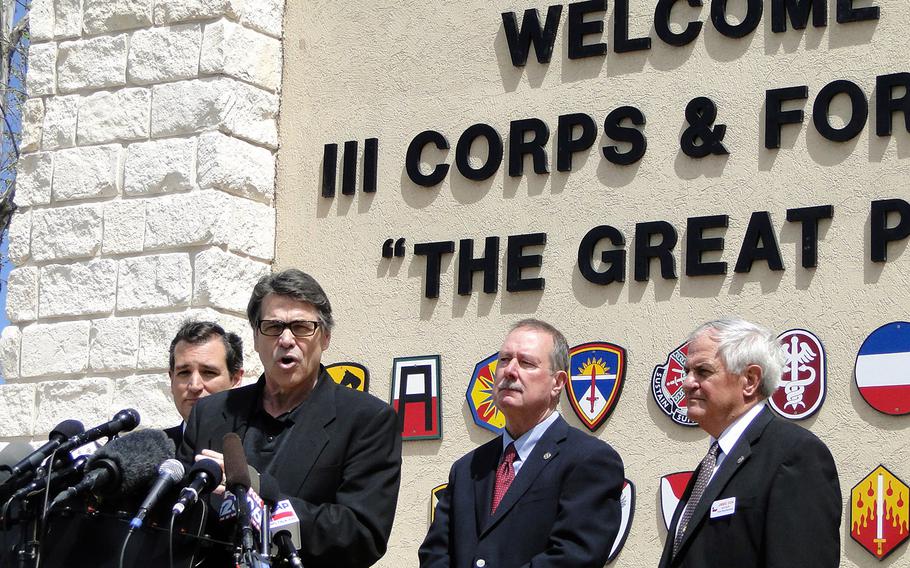 Texas Gov. Rick Perry, at podium, speaks to members of the media Friday in front of Fort Hood after meeting with victims of the shooting on post. (Jennifer Hlad/Stars and Stripes)

Texas Gov. Rick Perry, at podium, speaks to members of the media Friday in front of Fort Hood after meeting with victims of the shooting on post. (Jennifer Hlad/Stars and Stripes) 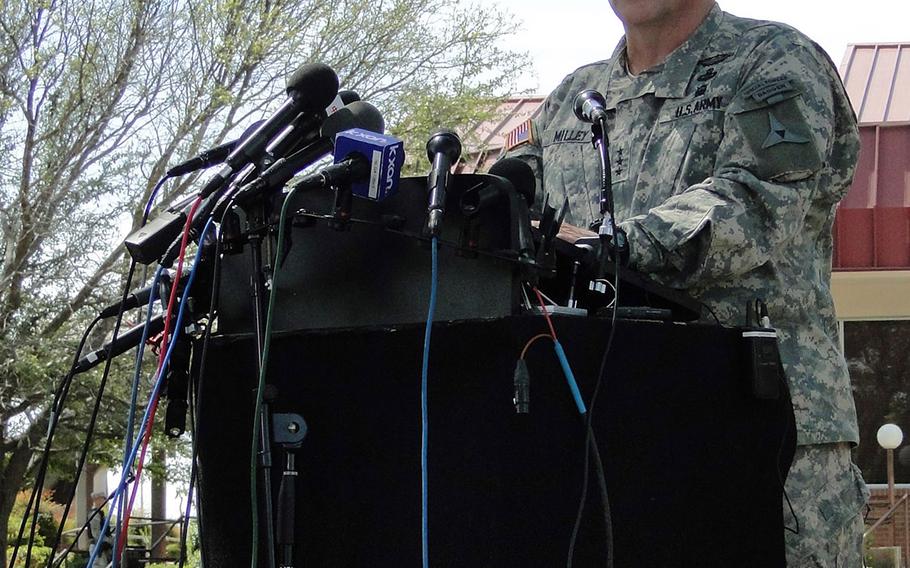 Lt. Gen. Mark Milley, commander of III Corps and Fort Hood, gives a statement Friday at a news conference about the shooting on post that left four soldiers dead and wounded 16 others. (Jennifer Hlad/Stars and Stripes) 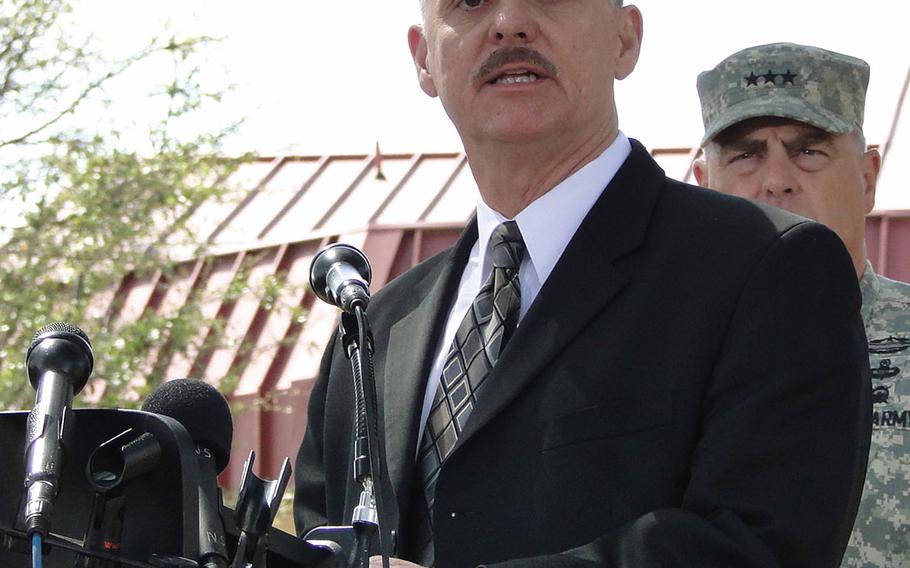 Chris Grey, spokesman for the Army's Criminal Investigation Command, explains some of the details of the Wednesday mass shooting at Fort Hood, during a press conference Friday afternoon at the post. (Jennifer Hlad/Stars and Stripes)

Lopez was being treated for depression and other mental issues, and Milley on Thursday said there is “strong evidence that he had a medical history that indicates an unstable psychiatric or psychological condition.” However, Milley said, Lopez’s underlying medical conditions are now not believed to have been “a direct precipitating factor” in the shooting.

The New York Times on Friday reported that Lopez met with superiors Wednesday about a leave request that had been denied. A law enforcement source told the Times that Lopez was acting agitated and disrespectful after the meeting.

Milley, the commander of the post and of III Corps, and Chris Grey, spokesman for the Army’s Criminal Investigation Command, said they could not offer details about the argument with Lopez’s superiors, but said some of the soldiers injured in the gunfire were involved in the verbal altercation.

Lopez began shooting around 4 p.m. Wednesday near the intersection of 72nd Street and Tank Destroyer Boulevard, moved to his car and fired his .45-caliber Smith and Wesson semi-automatic weapon indiscriminately while driving, then fired shots at two additional locations, Grey said. At the second location, Lopez approached a military police sergeant and drew his weapon. The MP fired one round, Grey said.

According to witnesses, Lopez then put the gun to his head and fired, Grey said.

All evidence so far suggests there was only one shooter, Grey said. Initial reports that there may have been two shooters were likely due to the chaos of the situation and the fact that the shootings happened in multiple locations within a two-block area.

The investigation also has not uncovered any previous criminal activity or convictions in Lopez’s past, Grey said, nor has it established a “concrete motive.”

Milley said there is no evidence thus far that any of the victims was targeted in advance.

Earlier Friday, Gov. Rick Perry and U.S. Sen. Ted Cruz, R-Texas, met with the survivors. After the visit, they called for more prayers and less discussion about policy.

“There aren’t any easy answers here,” Perry said. “There’s no way to push away the suffering.”

But there is time later to focus on the public policy issues, Cruz said.

Perry agreed, saying now is the time to focus on the short-term needs of the survivors and the community.

“It’s times like this that you see the resilience of the military family,” Perry said.

“They’ll recover from this latest tragedy.”

A memorial service for the victims is planned for Wednesday, Milley said.