Honoring those who served: Veterans Day in D.C. An honor guard takes part in Veterans Day ceremonies at the Navy Memorial in Washington, D.C. (Rick Vasquez/Stars and Stripes)

An honor guard takes part in Veterans Day ceremonies at the Navy Memorial in Washington, D.C. (Rick Vasquez/Stars and Stripes) A visitor to the National World War II Memorial in Washington, D.C., looks at some of the wreaths placed during Veterans Day 2011 ceremonies. (Rick Vasquez/Stars and Stripes) 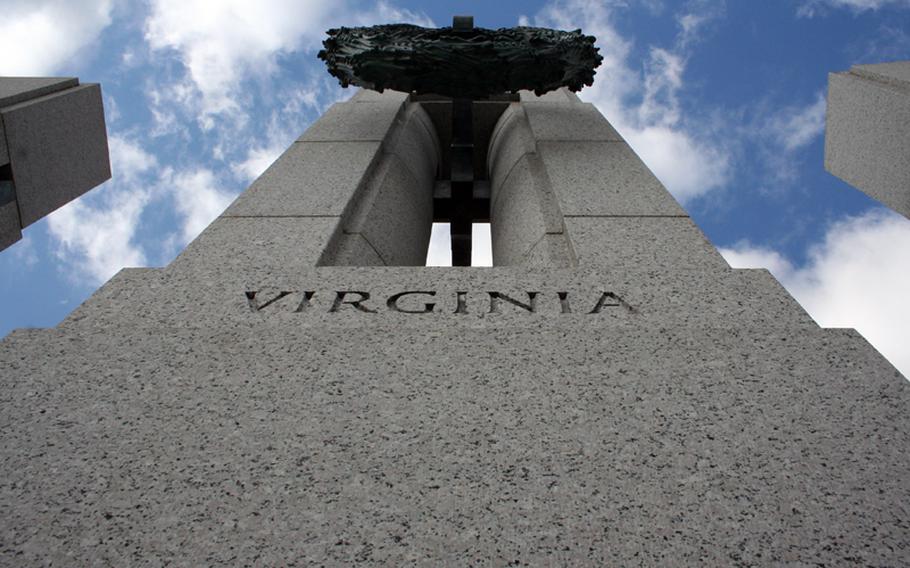 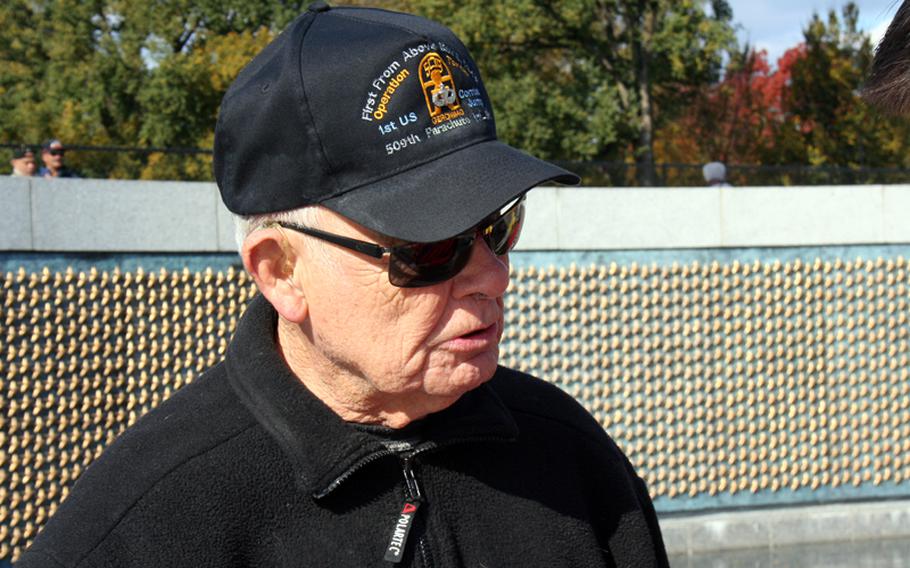 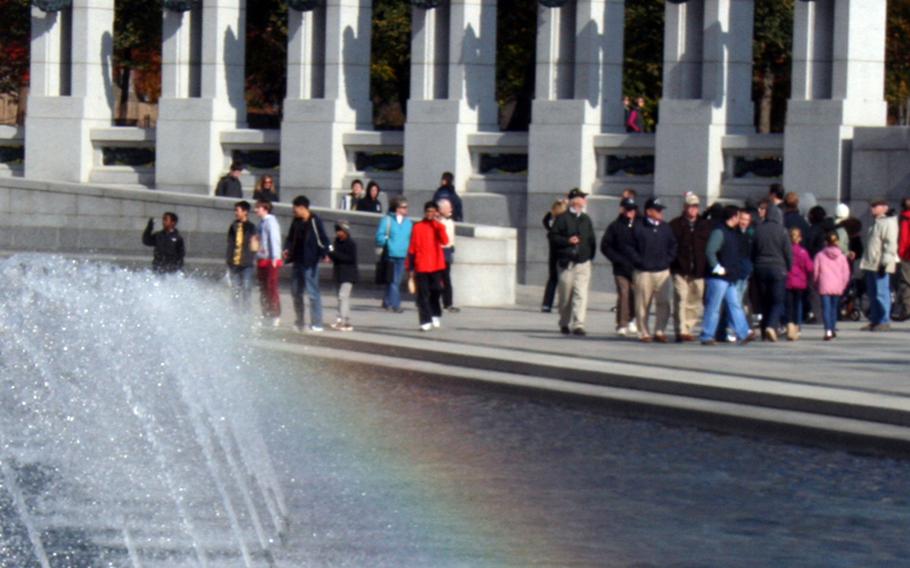 A fountain at the National World War II Memorial produces a rainbow on Veterans Day 2011. (Rick Vasquez/Stars and Stripes)

WASHINGTON &mdash; William Tippins was wounded and captured in Italy during World War II and spent the rest of the war in German POW camps. Twice, he tried to escape and each time he was moved to a different camp afterward.

He was eventually liberated by the Soviets, but when they told him it would take between seven and nine months to be repatriated, he escaped from them as well and made his way to the American lines just two days before the war ended.

On Friday, Tippins was one of several World War II veterans who visited the National World War II Memorial for Veterans Day. He has plenty of memories from the war, not all of them pleasant, and that is why his advice to veterans from Iraq and Afghanistan is to avoid thinking about their wartime experiences.

&ldquo;Block as much of it out of your mind as you can and move forward,&rdquo; he said, adding that it is difficult for him because his father was killed on Okinawa during the war.

Braving the cold weather, hundreds of veterans came to the National Mall Friday to commemorate Veterans Day. Many congregated at the Vietnam Veterans Memorial, where esteemed journalist Joseph L. Galloway was the keynote speaker at the annual Veterans Day ceremony.

Galloway wrote the book &ldquo;We Were Soldiers Once ... and Young&rdquo; about the 1st Cavalry Division&rsquo;s grueling battle in the Ia Drang Valley, which he covered as a war reporter in 1965. He was later awarded the Bronze Star for his actions during the battle, making him the only civilian to be so recognized during the war.

The key to ending war is education, and that means having &ldquo;smarter, better educated politicians with a better grasp of history,&rdquo; he said receiving applause from veterans gathered at the memorial.

But he was just getting started.

&ldquo;More of them should wear this nation&rsquo;s uniform first so they better understand what it really means to serve this country and then they can serve themselves, but first the country,&rdquo; he said to an even greater applause.

And then the coup de grace.

&ldquo;I&rsquo;m sorry, they should not be allowed to vote for a war if they don&rsquo;t know what one is firsthand,&rdquo; he said, earning shouts of &ldquo;hooah&rdquo; and a standing ovation.

Galloway recalled that he spoke at the Vietnam memorial 15 years ago on a Memorial Day, which commemorates the fallen, including the 58,272 people whose names are inscribed on the memorial&rsquo;s wall.