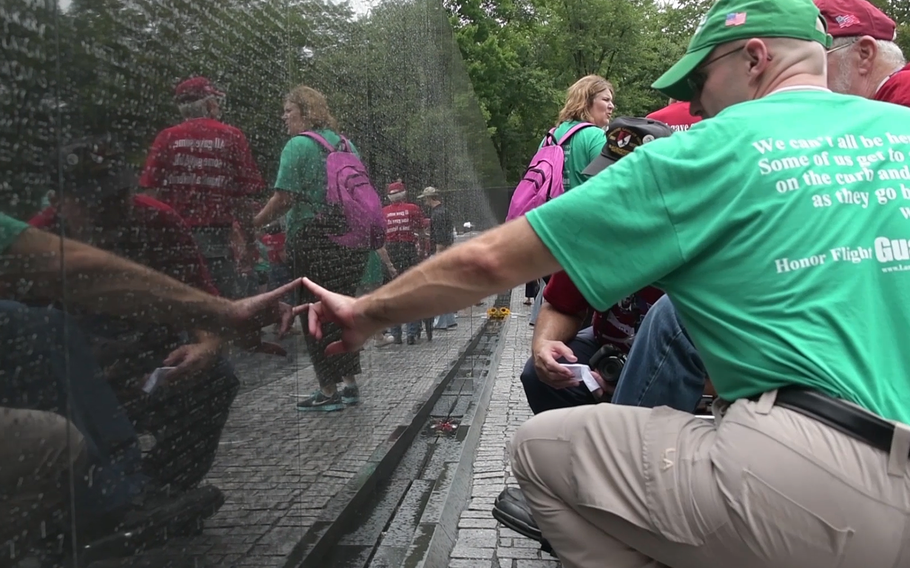 Buy Photo
The Land of Lincoln Honor Flight from southern and central Illinois toured through Washington, D.C. on Tuesday, Aug. 21, 2018. The rain that drove away other visitors to the nation's capital had little effect on their desire to visit the monuments erected in their names. (Caroline Hurley/Stars and Stripes)

WASHINGTON — Despite the rain, 53 veterans from southern and central Illinois toured the war memorials on the National Mall as part of a trip with Land of Lincoln Honor Flight on Tuesday.

Following the tour of the National Mall, the veterans were off to the Air and Space Museum in Virginia, the Iwo Jima Memorial, and Arlington National Cemetery for the changing of the guard. Upon return to the Springfield, Ill. airport, a cheering crowd was expected to wave the veterans home.