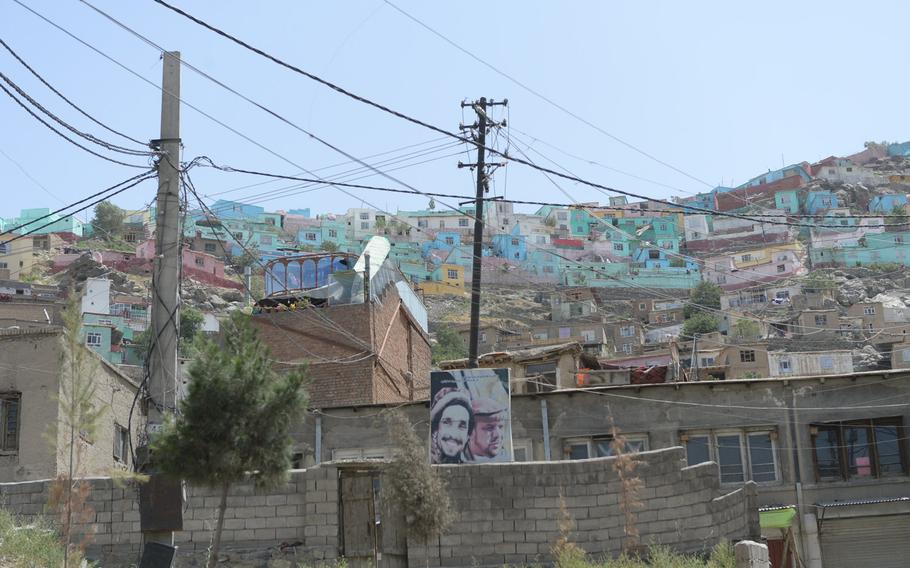 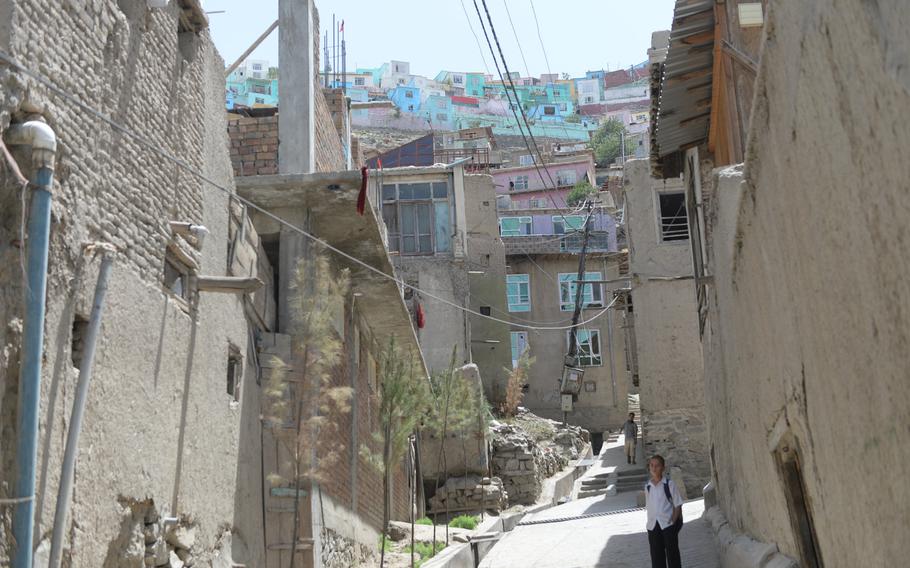 Buy Photo
Freshly-painted houses in the Sher Darwaza area of Kabul shine in the afternoon sunlight on June 19, 2017. It's believed the bright colored homes will make residents happier than the traditional mud-brown homes. (Phillip Walter Wellman/Stars and Stripes) Buy Photo
Newly-painted homes on Kabul's TV Mountain stand in the sunlight on June 19, 2017. They are some of the 2,000 houses that have been painted as part of a new initiative that aims to improve residents' mental health. (Phillip Walter Wellman/Stars and Stripes) 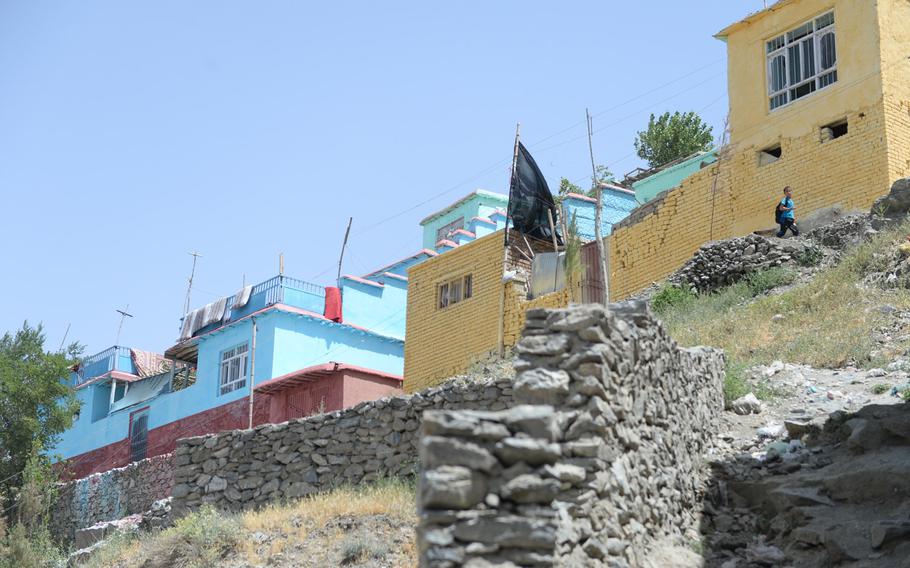 Buy Photo
A boy walks past a recently-painted house in the Sher Darwaza area of Kabul on June 19, 2017. (Phillip Walter Wellman/Stars and Stripes) 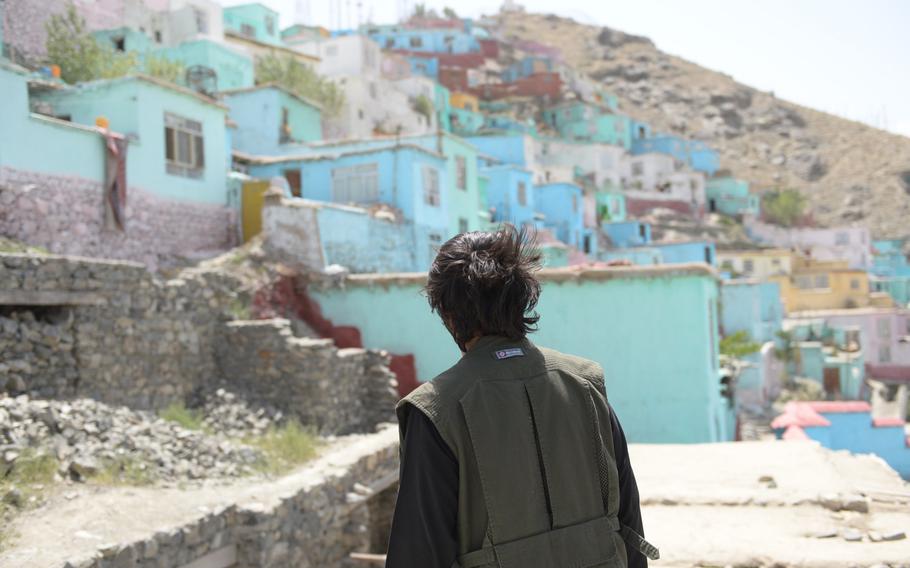 Buy Photo
Aziz Khan, 25, looks at his neighborhood of Sher Darwaza in Kabul on June 19, 2017. Kabul Municipality recently painted the houses in the neighborhood in a bid to make the war-weary residents happier. (Phillip Walter Wellman/Stars and Stripes) Buy Photo
New colors surround a pathway through Sher Darwaza, one of the poorest neighborhoods in Kabul, on June 19, 2017. (Phillip Walter Wellman/Stars and Stripes) Buy Photo
Aziz Khan, 25, sits at his home in the Sher Darwaza area of Kabul on June 19, 2017. He says the municipality's decision to paint local houses bright colors has made residents happy. (Phillip Walter Wellman/Stars and Stripes)

KABUL, Afghanistan — Afghan officials are hoping to alleviate some of the depression associated with war by literally brightening up the country’s capital.

“There has been a lot going on in Kabul and in the country that makes you sad, so this step has been taken to help change the way people think,” said Najibullah Alkozai, head of the municipality’s second district.

Two thousand homes have already been painted since the project began about a month ago.

Neighborhoods on the mountains are some of the poorest in the city.

Kabul’s population has exploded from about 1.5 million in 2001 to as many as 6 million today, as Afghans fleeing war and seeking work have flooded into the city.

With nowhere to live, tens of thousands of newcomers have simply built homes on the city’s hills. While the structures are technically illegal, the city has generally left them alone.

Alkozai said around 5,000 houses will be painted as part of the initiative, which is meant to benefit people living in the houses as well as those who see them on a regular basis.

Kabul residents are increasingly living through some of the worst violence the city has seen in the last 16 years.

In May, a massive explosion targeted a central district, killing over 150 people and wounding hundreds more. It is believed to be the deadliest single attack in the country since a U.S.-led invasion ousted the Taliban from power in 2001.

While residents wait patiently for a new security strategy, the municipality’s painting project already seems to be having an impact.

Najibullah Mohammadi, 27, whose home also has a fresh coat of paint, said no one believes the new colorful houses will bring an end to the 15-year war, but they are helping people who are forced to live with the conflict every day.

“This conflict is making everyone sad,” Mohammadi said. “But since they started painting these houses ... we feel the city cares about us, and we feel happy about it.”