Holiday mail from the States is stil pouring in to Stuttgart 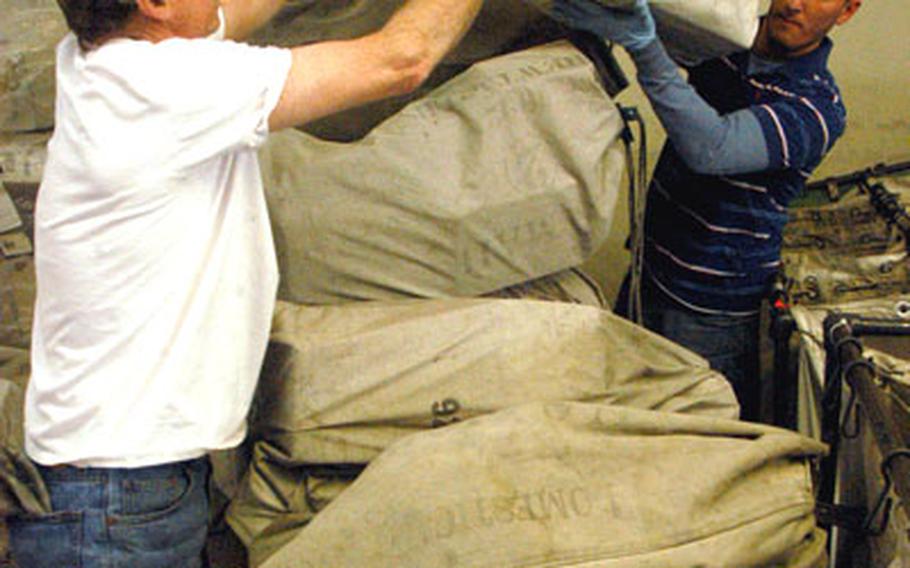 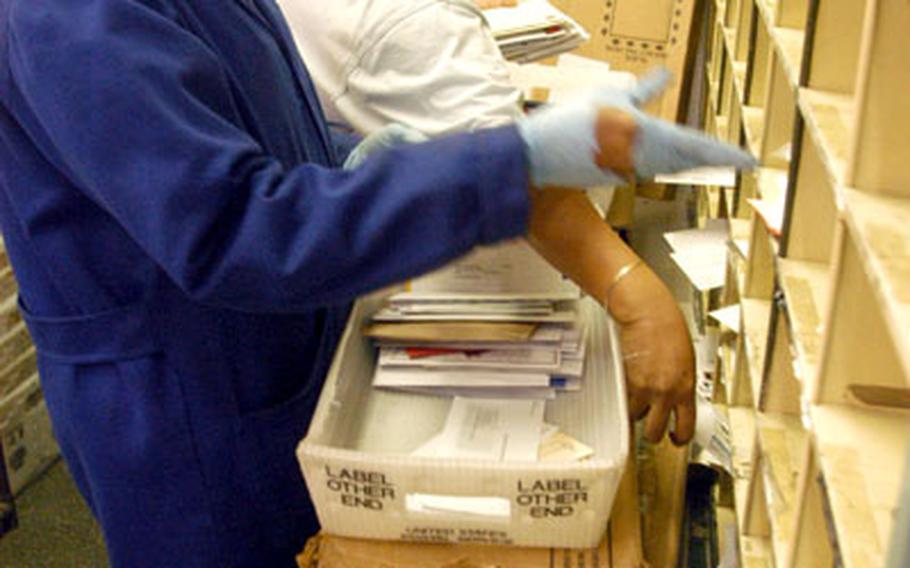 Army Staff Sgt. Diane Jackson, left, and Maria Fielder, a civilian, sort through some of the approximately 15,000 cards, bills and other letter-size pieces of mail processed on Tuesday by 3rd Platoon, 566th Postal Company in Stuttgart, Germany. (Charlie Coon / S&S) 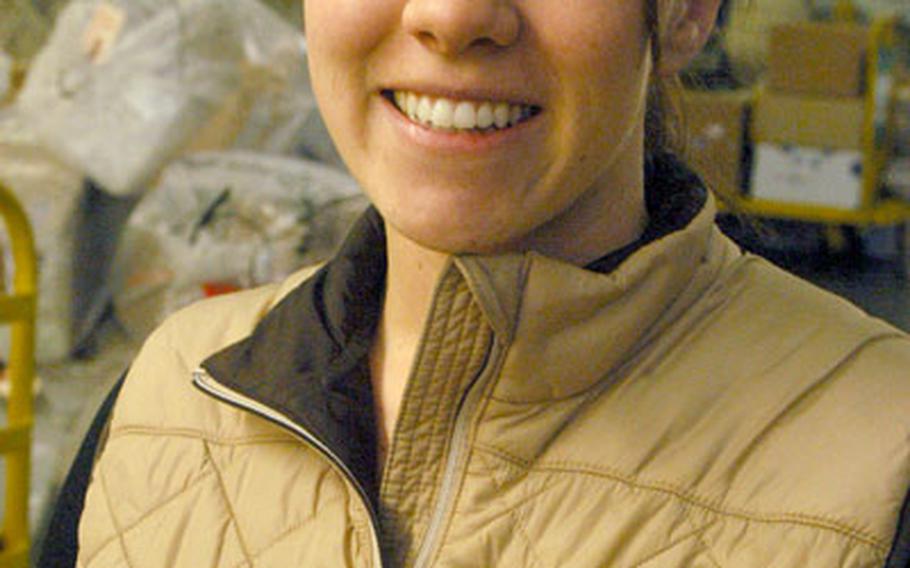 Army 1st Lt. Melissa Comiskey, platoon leader for 3rd Platoon, 566th Postal Company in Stuttgart, Germany. "It’s a thankless job, but we know the meaning of it,” she says of the holiday rush. (Charlie Coon / S&S)

ECHTERDINGEN, Germany &#8212; The day after Christmas. Eating leftovers. Enjoying gifts. Relaxing on a day off. Not!

At least not for postal workers who spent Tuesday processing the holiday cards and packages that kept on coming.

While most of Europe&#8217;s military personnel enjoyed the day off, workers at the postal processing center at Stuttgart Army Airfield were still humping.

Well more than half the mail was Christmas-related, the workers said.

Telltale envelopes of red and silver indicated Christmas cards among the trays of letters. Boxes bearing the logos of Eddie Bauer, J. Crew, Amazon.com, and QVC testified to the popularity of point-and-click gift-giving.

Even Sylvester Witherspoon, the civilian-employee supervisor, and Richard Berrios, the platoon&#8217;s technical inspector, were slinging mail.

Pvt. Michael Phelps of Syracuse, N.Y., even got a box on Tuesday, but he couldn&#8217;t open it in the post office. That would be against the rules.

At Ramstein Air Base, most Air Force personnel were enjoying a off day.

The post offices closed early as a result, but the postal workers kept pushing.

During the holidays, the post offices at Ramstein often see multiple trucks full of mail each day, compared to a partially filled truck each day during the rest of the year, Hicks said.

Mail from the U.S. is delivered each day by truck to Stuttgart from the international airport in Frankfurt. Tuesday was a two-truck day instead of the usual one truck.

That made it a busy day for most of Stuttgart&#8217;s 18 postal employees, some of whom have been working six days per week since Thanksgiving.

Stars and Stripes reporter Geoff Ziezulewicz contributed to this story.