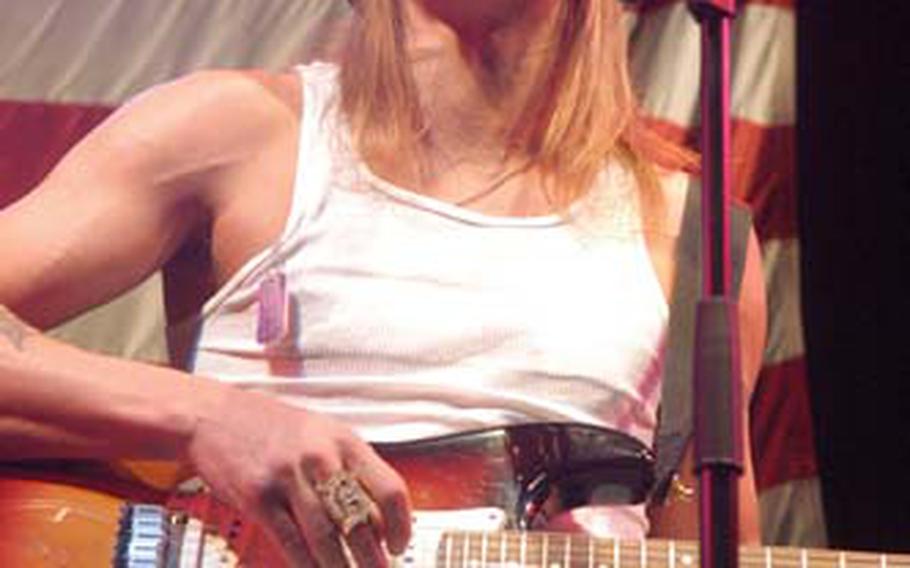 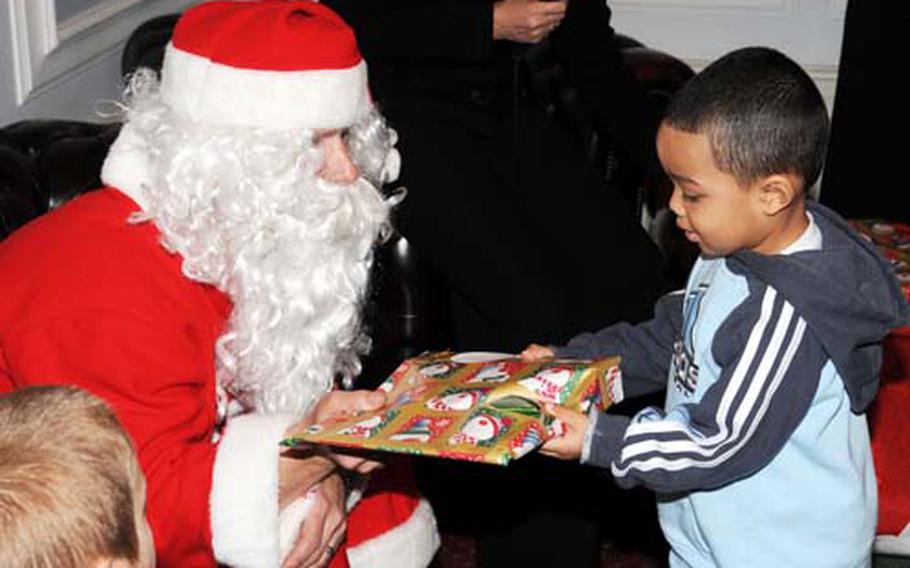 Three-year-old Kaidan Fleshman, son of Staff Sgt. Jerry Fleshman from the 100th Public Affairs Office, accepts a gift from Santa during the deployed spouses’ luncheon Dec. 7 at RAF Marham, England. Santa made a special appearance to hand out gifts. (Jerry Fleshman/Courtesy of the U.S. Air Force) 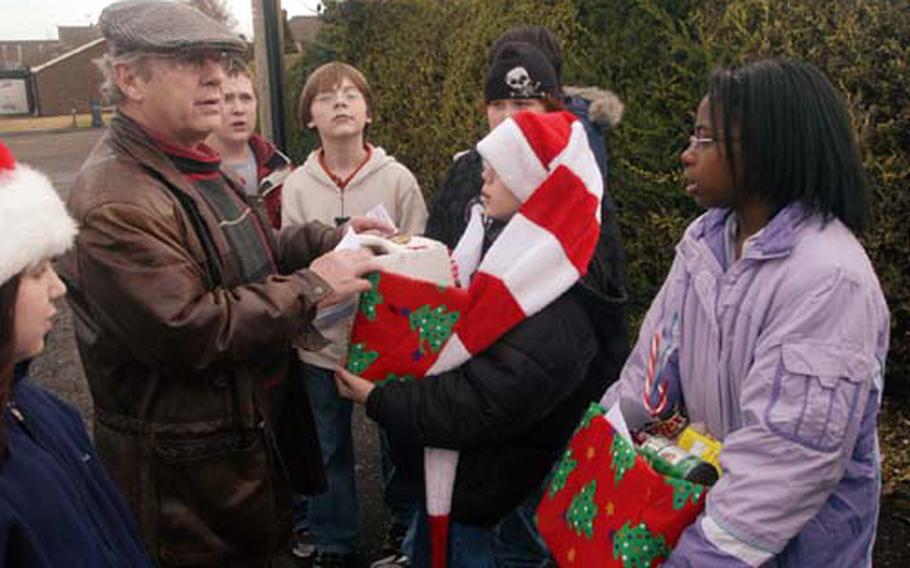 Science teacher Ted Berkey directs a group of Lakenheath Middle School students who made up this year’s Polar Express. The sixth-graders delivered canned goods and other household items to elderly residents of Feltwell. (Charlie Reed / S&S) 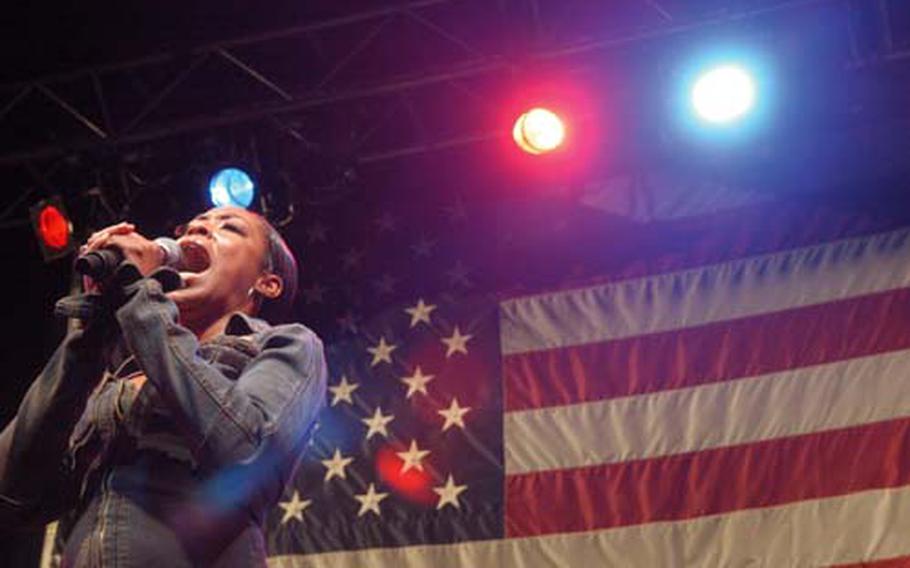 Tichina Arnold, best known for her role as Pam on the TV series “Martin,” belts out a stirring rendition of “Amazing Grace” during a United Service Organizations holiday show this month at RAF Lakenheath. (Geoff Ziezulewicz / S&S)

This past year, airmen once again deployed to do their part in the wars in Iraq and Afghanistan, leaving families to watch the skies and pray for their loved ones&#8217; safe return. This holiday season, the economy back home imploded, the pound sank and community members were left with the mixed blessing of less cost-of-living allowance and a stronger dollar.

Still, despite all the doom, gloom and uncertainty at home and abroad that seem to be escorting us into 2009, folks still managed to enjoy their holidays, celebrating and even giving a little bit of themselves in the process. It doesn&#8217;t cost a thing to do a good deed.

On this page and the next are some of our favorite community holiday photos from the past month. Happy holidays from the U.K. Stars and Stripes staff. We&#8217;ll see you next year.