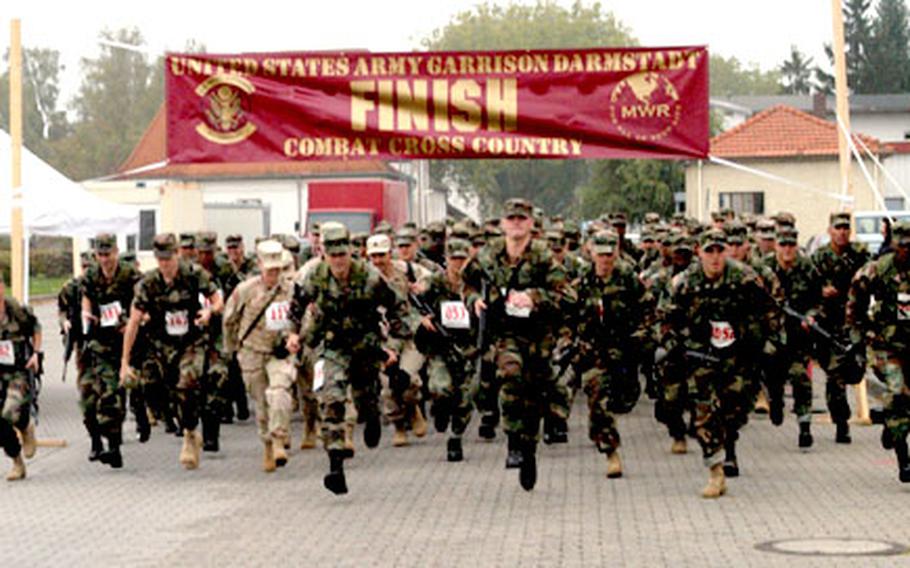 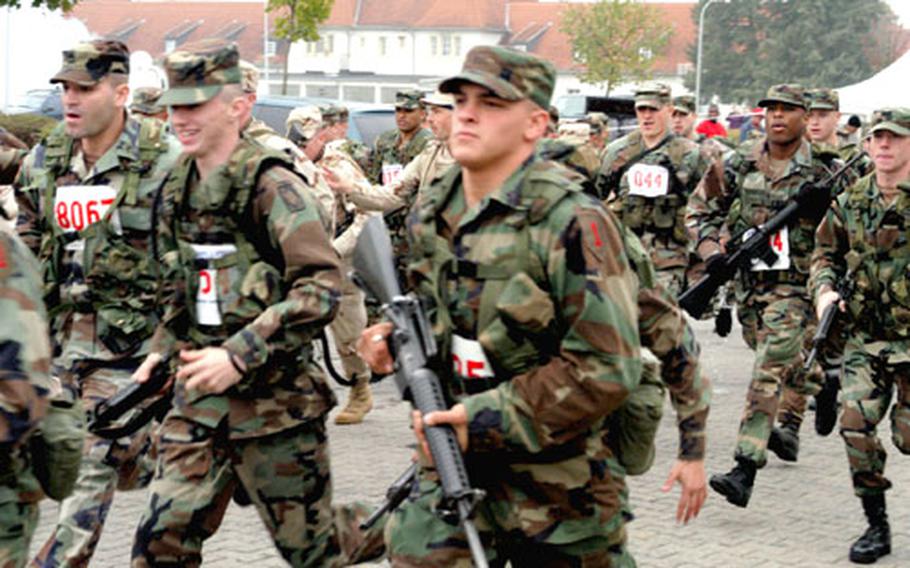 A unit based in Hohenfels, Germany, won the recent Combat Cross Country Championships sponsored by the Installation Management Agency-Euro.

Benjamin Martinelli from the U.S. Army Europe Band Team 1 in Heidelberg was the top individual winner, and Marcella Larson from USAREUR Band Team 2 was the top woman finisher in the Oct. 20 event.

The 150 runners from more than 20 units wore battle dress uniforms, combat boots, load-bearing equipment and canteens and had to carry a rifle or training rifle of similar weight, said Vance Penn, chief of the Sports and Fitness Branch, U.S. Army Garrison Darmstadt.

The event consisted of a 7&#189;-mile run over trails, roads and hills, Penn said. It was open to all military branches and is held every October, he said.

Team standings for the event follow. All teams are based in Germany: