Hohenfels training gets Polish troops ready for deployment to Afghanistan 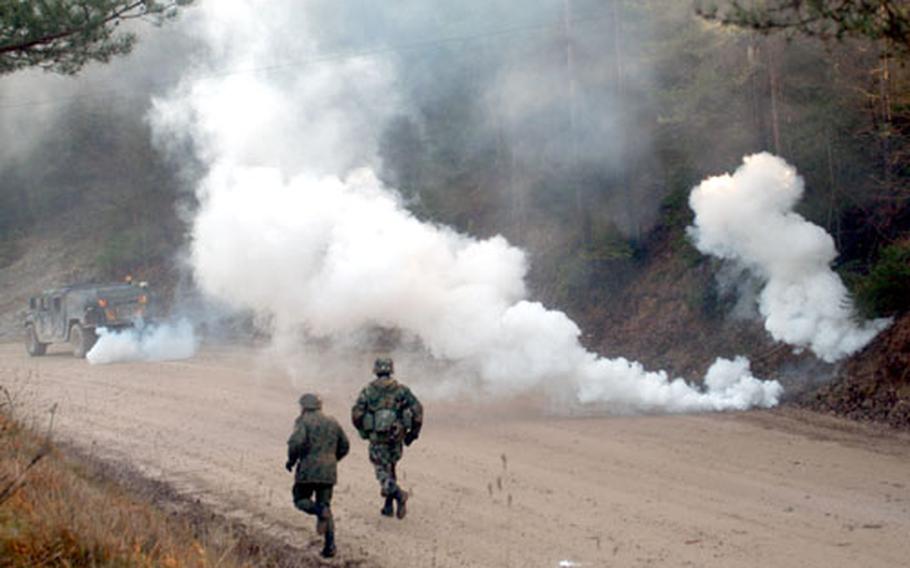 The Polish 18th Airborne Battalion is training at Hohenfels this month in preparation for their deployment to Afghanistan as part of NATO&#39;s security and stability mission. Here, they simulate a roadside bomb attack followed by an ambush. (Nancy Montgomery / S&S)

The Polish 18th Airborne Battalion is training at Hohenfels this month in preparation for their deployment to Afghanistan as part of NATO&#39;s security and stability mission. Here, they simulate a roadside bomb attack followed by an ambush. (Nancy Montgomery / S&S) 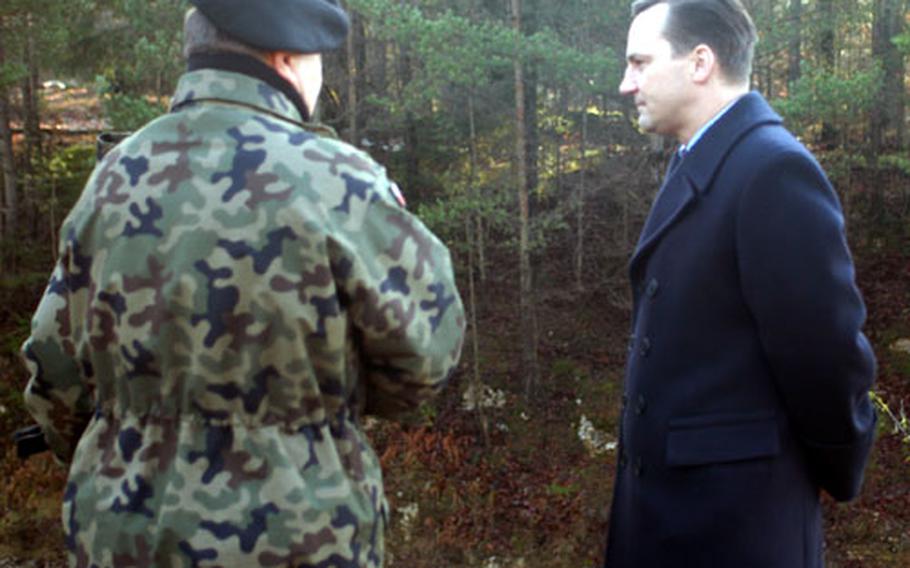 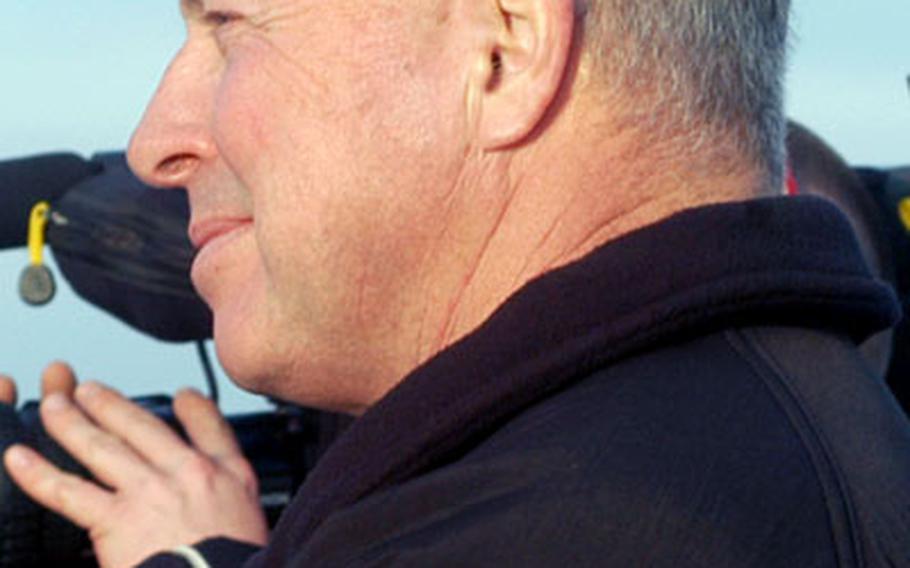 Gen. David McKiernan, commander of U.S. Army Europe, waits for Poland&#39;s defense minister to accompany him to Hohenfels to observe the training of a Polish battalion. (Nancy Montgomery / S&S)

HOHENFELS, Germany &#8212; Three months after NATO&#8217;s top commander pleaded for more troops in Afghanistan, just weeks after army generals discussed it in a Heidelberg hotel, Pvt. Krystian Belski had his boots planted in the Hohenfels mud.

The Polish private, with his AK-74, helped fend off a pretend ambush that followed a mock roadside bomb explosion.

He was with other soldiers from the 18th Airborne Battalion training this month at the Joint Multi-National Training Center to prepare for deployment to Afghanistan.

They&#8217;d done it before, they&#8217;d do it again, but this particular exercise was being observed from on high. The Polish defense minister, the U.S. Army Europe commander, a variety of military brass and a passel of Polish media all watched.

Poland, a NATO member since 1999 and initially one of the most enthusiastic European supporters of the Iraq war, was the first to respond to a request for more troops in Afghanistan. The former communist country, now lead by a conservative government headed by identical twin brothers, pledged 1,000 troops would be in Afghanistan this February, speeding up the deployment by six months.

Likewise, the training at Hohenfels was arranged quickly and with a minimum of bureaucracy.

It was agreed upon in October at the Conference of European Armies, hosted annually in Heidelberg by USAREUR.

&#8220;We did this with no letters or formal requests,&#8221; Gen. David McKiernan, U.S. Army Europe commander said before the exercise.

McKiernan picked up Sikorski in Nuremberg, and both had flown to Hohenfels in the general&#8217;s Black Hawk. The goal: &#8220;Building coalitions: We&#8217;re working that every day,&#8221; McKiernan said. &#8220;It ranges from helping build this Polish battalion to bringing a handful of soldiers to Hohenfels and training them (to be noncommissioned officers). The personal relationships you develop are immensely important.&#8221;

Sikorski, 43, a former student dissident and war correspondent &#8212; and from 2002 to 2005, a fellow at the American Enterprise Institute, a conservative think tank in Washington, D.C. &#8212; arrived in Hohenfels in business attire. But he mingled on the muddy road with the troops he&#8217;s sending to Afghanistan.

Poland has agreed to send the battalion without caveats, meaning that the soldiers will not be constrained in performing their duties. The national caveats have been a problem for the NATO effort in Afghanistan, with some troops disallowed from leaving the base or doing crowd control or &#8220;extended patrols.&#8221;

Although the battalion will not be based in the most volatile southern part of Afghanistan, where British, Canadian and Dutch troops have battled a Taliban resurgence, Sikorski said, &#8220;If our allies are in need, we will rally round and help them.&#8221;

Poland has in turn asked the U.S. military for help in modernizing its own Soviet-era military. As an enthusiastic ally, Poland has been rewarded with millions of dollars in military aid.

In January 2004, Bush asked Congress for $66 million for military modernization for Poland. The next year, the figure jumped to $100 million.

The Poles have had a closer training relationship with American soldiers than other European countries. Some 136 Polish soldiers have attended Hohenfel&#8217;s NCO academy. By contrast, just 24 Slovenians have attended, along with 17 Albanians, 12 Russians, nine Croats and nine Bulgarians.

Poland respects its military, Sikorski said. But the Afghanistan mission does not enjoy wide public support, and that was one reason for his trip to Hohenfels, along with Polish media to cover the event.