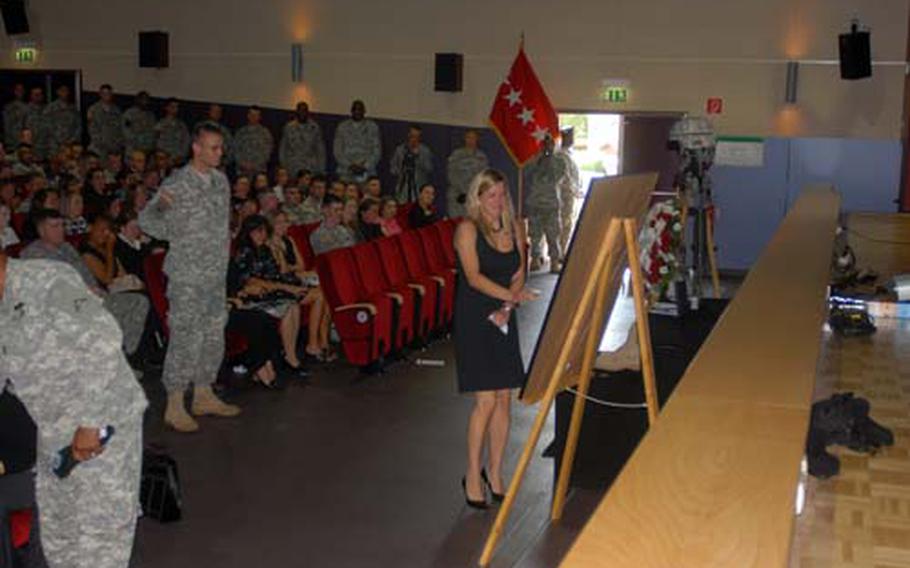 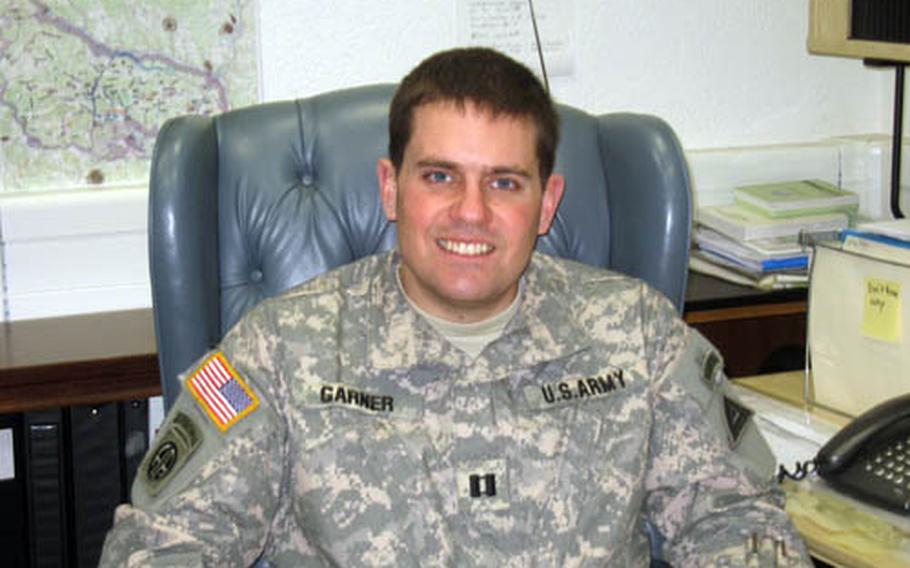 HOHENFELS, Germany &#8212; Members of the Hohenfels community bid farewell Wednesday to the commander of Team Blackfoot, 1st Battalion, 4th Infantry Regiment, who was killed July 6 while serving in southern Afghanistan.

Capt. Mark A. Garner, 30, died after his Humvee was struck by a roadside bomb during a patrol in Zabul province, where 1-4 companies have served under a Romanian battalion task force in recent years.

The Elkin, N.C., West Pointer is the third senior 1-4 officer killed or injured in Afghanistan in the past year.

In January, the unit&#8217;s senior officer in Zabul at the time, Maj. Brian M. Mescall, 33, of Hopkinton, Mass., was killed in a roadside bombing along with two other members of the unit.

The leader Garner succeeded in Afghanistan, former Team Cherokee commander, Capt. Terry Howell, was medically evacuated back to Germany with gunshot wounds sustained in an enemy attack last August, but returned to Zabul early this year to oversee his men&#8217;s return home.

Lt. Col. Raphael Parades, 1-4 commander, said Garner was killed after his vehicle broke down during a patrol from the isolated Forward Operating Base Baylough to FOB Lane. Garner chose to ride in a vehicle driven by U.S. Navy explosive ordnance disposal specialists, he said.

Petty Officer 2nd Class Tony Michael Randolph, 22, of Henryetta, Okla., also died in the blast, and two other sailors were injured, according to an Army news release.

On his way to Bucharest, Romania, where a service would be held for Garner, Parades said that while he believes the Taliban are targeting U.S. officers, in this case, he thought Garner was just unlucky.

During a memorial for Garner at the Hohenfels Theater, his wife, Nickayla Myers-Garner, of Jonesville, N.C., and other family members wiped away tears as soldiers talked about the fallen officer.

"Garner was known by his peers to be an approachable leader who always had a smile on his face, no matter how stressful the environment," he said.

"He planned to be a foreign area officer where he&#8217;d have the chance to learn about other people and countries," Fisher said.

Parades said Garner always carried small statue of a Spartan &#8212; a reminder of his time at West Point &#8212; and an extra dog tag with an inscription asking that it be given to his wife.

"Mark, you led a wonderful life and you are an inspiration to us all," Parades said.