Hodges affirms commitment to boost US presence in Europe 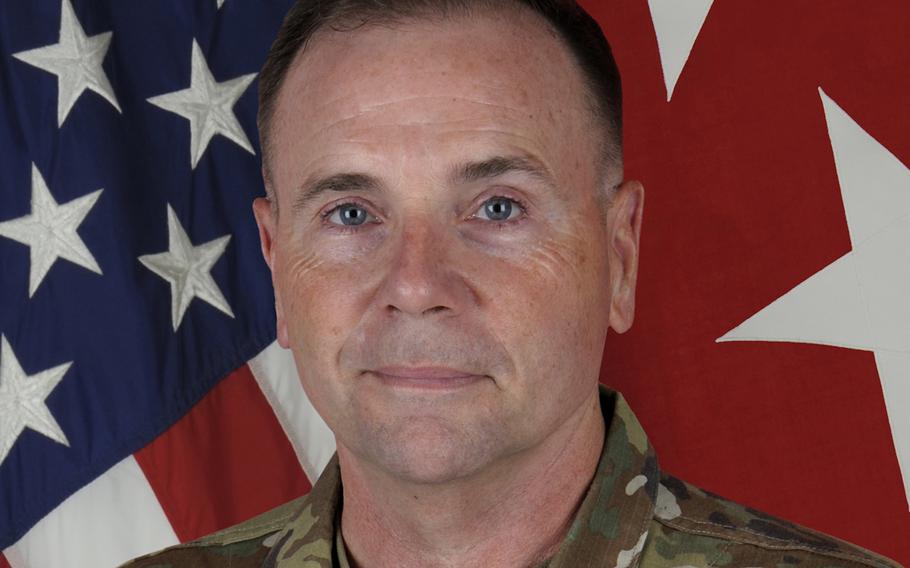 VICENZA, Italy — Commitments made to increase the U.S. military presence in eastern Europe and the Baltics remain “rock solid” despite statements by President Donald Trump that NATO was “obsolete” and that allies must boost defense spending, the head of U.S. Army Europe said Thursday.

“Every bit of it is happening in 2017,” Lt. Gen. Ben Hodges said in remarks to the 173rd Airborne Brigade here, referring to nine-month rotations of armored and aviation brigades, pre-positioned equipment and continuous exercises with NATO allies. “The commitments made in 2016 — it’s all happening, and the new president didn’t turn it off.”

Hodges told the soldiers that it was clear from last week’s Munich Security Conference that Europeans are worried about the future of NATO in light of the new administration comments that the alliance was obsolete and that allies were not paying their share.

“And so people in Europe started getting very nervous, and they should be doing their share, no doubt about it,” Hodges said.

But he said that Vice President Mike Pence and the U.S.’s new Defense Department and Homeland Security chiefs all confirmed at the conference that “our commitment to our allies is rock solid.”

“That was the word they used, rock solid,” Hodges said.

Hodges, who has worked closely with allies in his current post and previous position as commander of the Allied Land Command, a NATO headquarters, disagreed with the idea that underspending on NATO defense by member states harmed the county’s interest.

The 173rd Brigade itself was a strategic investment by the United States, Hodges said, and demonstrated how important the alliance was to the nation.

“When we’re serious we put big money on it and soldiers there — that’s commitment. So follow the money and follow the soldiers,” he said.

Hodges described U.S. Army Europe’s mission — of assuring allies, deterring Russia and protecting U.S. strategic interests — as basically the same now as when he was a lieutenant in Germany in the early 1980s. What’s vastly different is that there are now 30,000 soldiers in Europe instead of 300,000. “Three years ago the last tank left,” he said. “We thought that Russia was our partner. That’s what everybody wanted.”

Trump has expressed admiration for Russian President Vladimir Putin and a desire to get along with Russia. But Russia’s 2014 annexation of Ukraine’s Crimean Peninsula and intervention in the country prompted alarm within NATO. The response was Atlantic Resolve — a stepped-up presence of troops and weapons to work more closely with allied militaries.

“Deterrence is about having the capability to inflict so much pain on an adversary that the adversary says, ‘No way,’” Hodges said.

“The task is to make 30,000 look and feel like 300,000,” Hodges said. He listed “five pillars” to do that: more reliance on junior leaders (a captain may be the top U.S. officer in Poland); the reserve component; more reliance on allies, such as German and Italian engineer companies; rotational forces from the U.S. doing continuous nine-month rotations; and “dynamic presence.”

Dynamic presence, he said, means “saying yes to everything” — participating in any and all exercises allies request. So although the rotational troops from the U.S. have relieved the 173rd from Atlantic Resolve rotations, ”the same, famous 173rd tempo” will continue, he said.