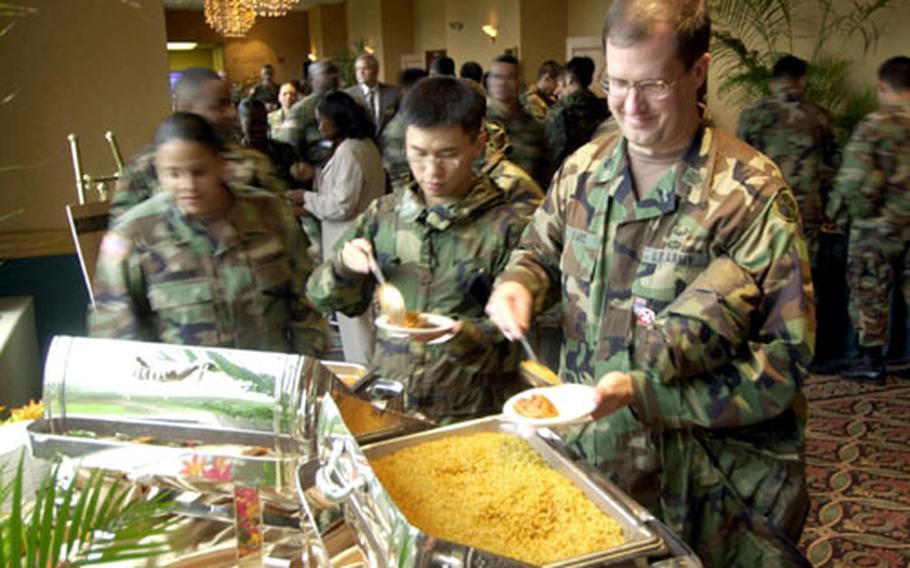 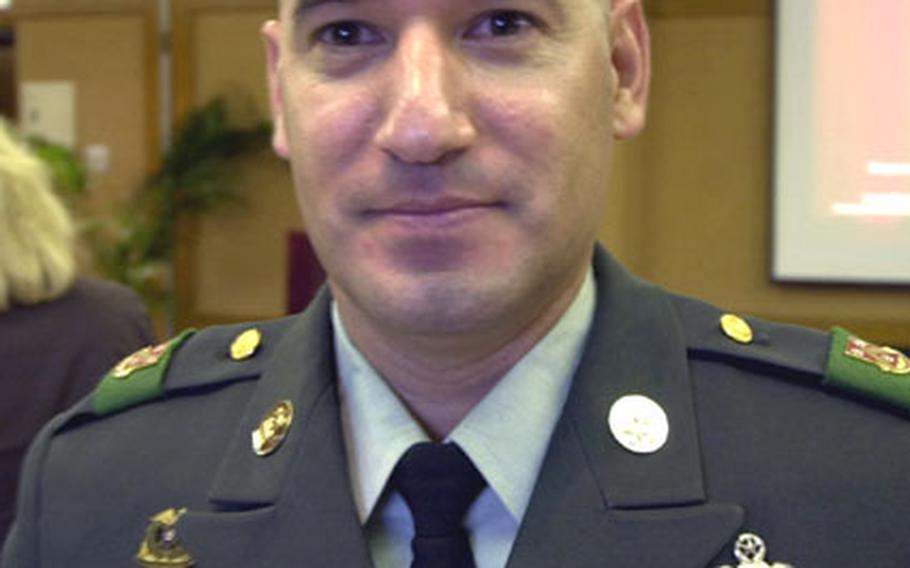 The Area II ceremony, &#8220;Hispanic Americans: Strong and Colorful Threads in the American Fabric,&#8221; was part of Hispanic-American Heritage Month, Sept. 15 to Oct. 15.

Band members told the audience that by mixing two good things, you come up with something great, as when recording artist Santana mixed his traditional music with rock, coming up with an award-winning song. That, they said, serves as an example of what can happen if people join together &#8212; just as they were doing at the commemoration.

The 498th Combat Support Battalion&#8217;s Command Sgt. Maj. Daniel Ocanas, the guest speaker, told the audience that as they celebrated the month with rich salsa and meringue music, delicious dishes and other activities, they should remember the month&#8217;s theme.

Comparing colorful threads that hold a fabric together to the &#8220;cultures bonded together in our great country&#8221; helps show how those cultures made America &#8220;strong and united,&#8221; he said.

He told of giving his portion of sweat and tears to his community and nation while growing up. He picked oranges, grapefruit, tomatoes and cotton as part of a low-income family.

He credited his uncle, retired Marine Capt. Carlos Martinez, for mentoring him and encouraging him to join the military.

He talked of Hispanic-Americans who&#8217;ve made contributions to history, from politicians to scientists, astronauts to sports figures.

&#8220;Hispanic-Americans will continue making great history, providing their contributions and excelling in their achievements in all areas,&#8221; he said. &#8220;Let&#8217;s continue thanking the Americans with Hispanic culture, not just during the Hispanic Heritage Month, but also throughout the year for our continued contributions, because we will continue to provide the colorful threads in weaving the American fabric lining the world.&#8221;

Sgt. 1st Class Garton Francis, with the 8th U.S. Army, was on hand for the festivities.

But he said he also liked Ocanas&#8217; message about everyone really being part of American society.