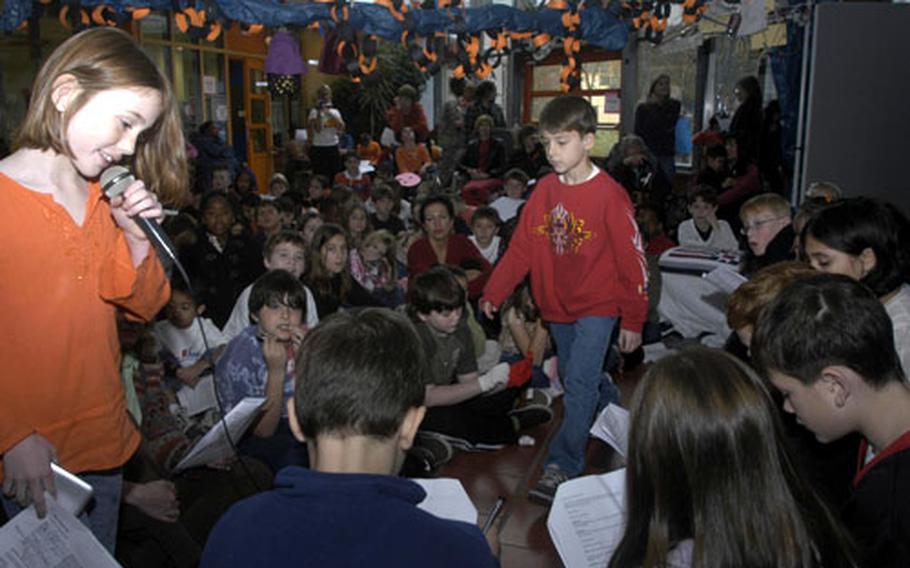 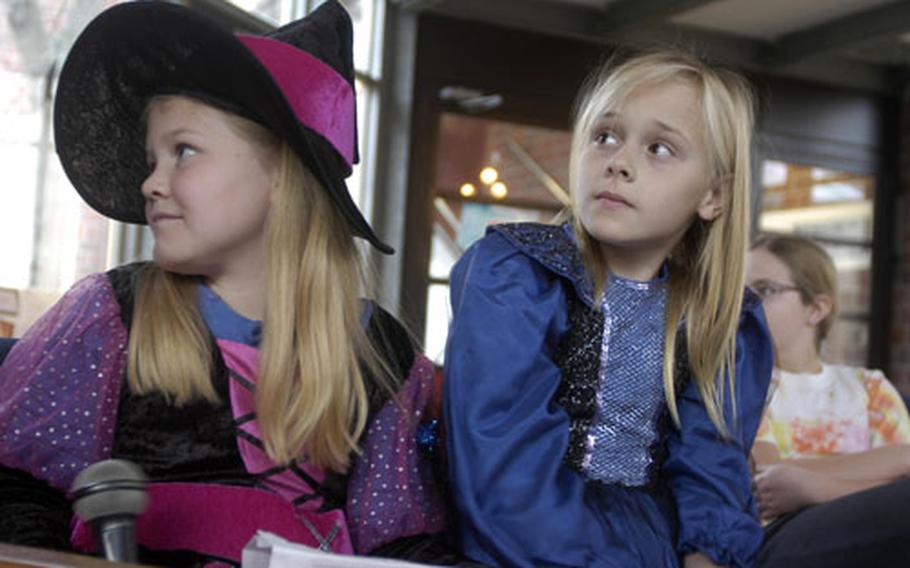 Despite the pressure, the performers pushed on at the Halloween Readers Theater Fest on Wednesday at Patch Elementary School. The fourth- and fifth-graders performed nine skits.

About 100 kids sat in a big semicircle in the school lobby to watch the performances. Some teachers and parents were there, too.

And what was that line?

There were a few glitches.

So he kneeled on them.

The sound-effects guys, fifth-graders Daniel Carmichael and Tristan Reyes, were hiding off stage, but their performances were upfront. From their computer they played thunder and lightning, the shark-music theme from &#8220;Jaws,&#8221; and a creepy old man saying, &#8220;Hello children, we&#8217;ve been expecting you &#8230; heh, heh, heh.&#8221;

There were scary props: The cauldron for the witches. The head of Frankenstein&#8217;s monster. Rubber chickens! One kid offered a bloody hand to shake. It came off!

The fifth-graders were in charge of building the stage, which took two weeks. It was a creaky old house, perhaps like a coal miner&#8217;s house from the 1800s, a student said. There was a fireplace with knives hanging on the wall, and outside the window mad dogs frothed at the mouth and bared their teeth.

Not real, of course.

Afterward, some of the actors revealed their secrets.

A big group of children gathered afterward. They were asked, &#8220;What is the best thing about Halloween?&#8221;