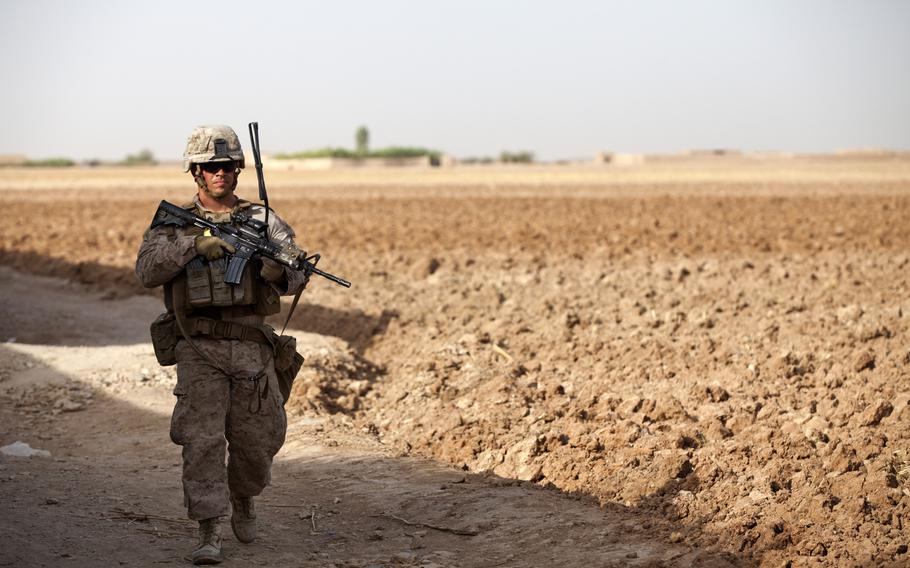 WASHINGTON — As the departure date for U.S. forces in Afghanistan draws near, the number of high-profile attacks by insurgents has skyrocketed, according to a Pentagon report released Wednesday.

Although the total number of enemy-initiated attacks carried out over the past six months declined slightly compared to the same reporting period last year, the number of high-profile attacks shot up 43 percent, the Defense Department said. There were 10 such attacks in Kabul alone during the Oct. 1, 2013 - March 13, 2014 reporting period, according to the report.

Car bombings, attacks on major government facilities, and other acts of violence designed to garner widespread attention, fall into this category of assaults.

And the Pentagon expects these kinds of attacks to continue.

“High-profile attacks remain a key operational tool to try to influence the population and discredit the Afghan government’s ability to provide security,” the report said. “The insurgent will seek to capitalize on these media-garnering events based on their [propaganda] value,” according to DOD.

But DOD downplayed the strategic significance of such attacks.

“Although the resulting media coverage highlighted local and international perceptions of insecurity, such attacks have not generated operational or strategic momentum for the insurgency,” the report said.

The report also noted that American and coalition casualties dropped “significantly” last year, and they’re now 75 percent lower than they were in 2010, according to DOD.