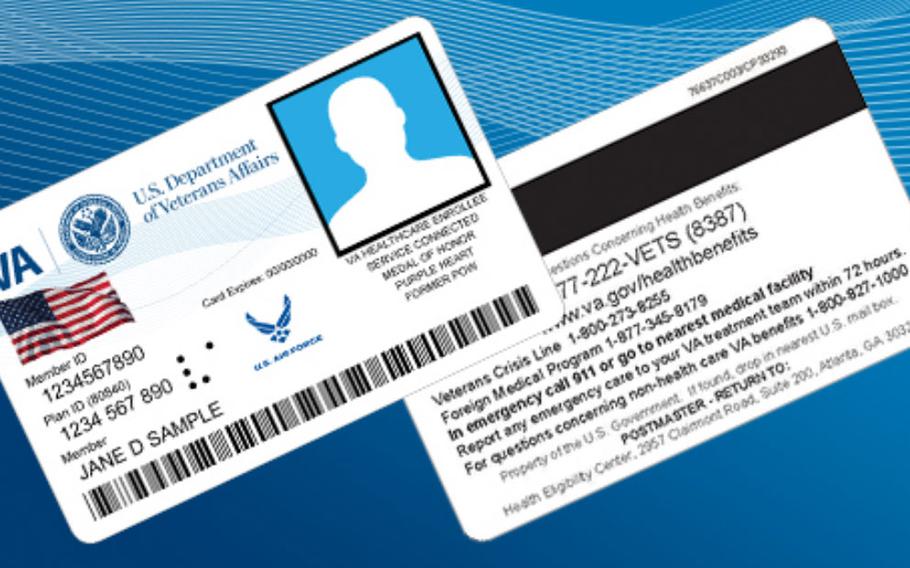 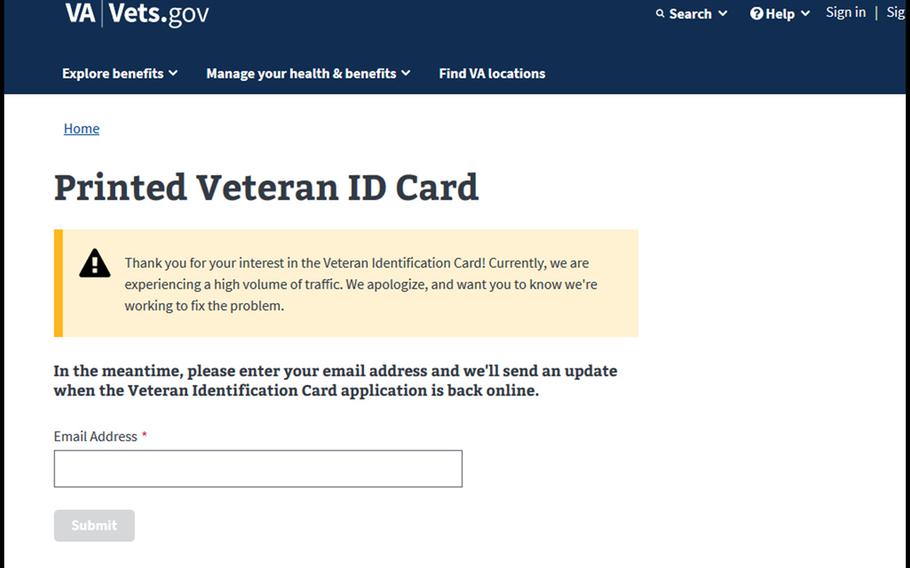 Some veterans seeking to receive the identification cards since the VA opened applications for them Wednesday were met over the weekend with error messages or a webpage that failed to load.

The cards were designed as proof of military service for veterans who don’t have VA medical cards or defense retiree cards. The website that veterans were instructed to apply for them, vets.gov, contained a message Tuesday that it had temporarily stopped the online application process.

The VA was attempting to fix the problem as of Tuesday afternoon, said Curt Cashour, the agency’s press secretary. The VA did not provide an estimate of when the problems would be remedied.

“We are aware some veterans have experienced issues with the application process, but leaders of VA’s Office of Information and Technology are actively engaged in fixing them,” Cashour said.

Alfred Weimann, a veteran from Northampton, Pa., said he was able to create an online account at vets.gov but couldn’t get his application submitted.

“Finally somebody told me that the site has startup problems and to try again in a week or so,” Weimann wrote in an email.

The VA did not provide an estimate of the number of veterans who had applied for ID cards as of Tuesday, but Cashour said, “Many veterans have successfully registered for the card since the program was announced.”

“We are excited finally to begin providing this resource to veterans, fulfilling a promise that was made to them more than two years ago under the previous administration,” he said.

In 2015, Congress ordered the VA to create the cards to make it easier for veterans to receive discounts at stores and restaurants without having to carry around their DD-214s.

The new cards don’t qualify as official government-issued IDs, and they’re not intended to replace the medical card for veterans enrolled in the VA or defense retiree cards.

Veterans were instructed to apply for the cards at vets.gov, under “Apply for Printed Veteran ID Card.” Veterans applying were asked to create an online account and upload a valid, government-issued ID and recent photo.

As of Tuesday, the website instructed veterans to leave their email address and the VA would notify them of when applications were available again.