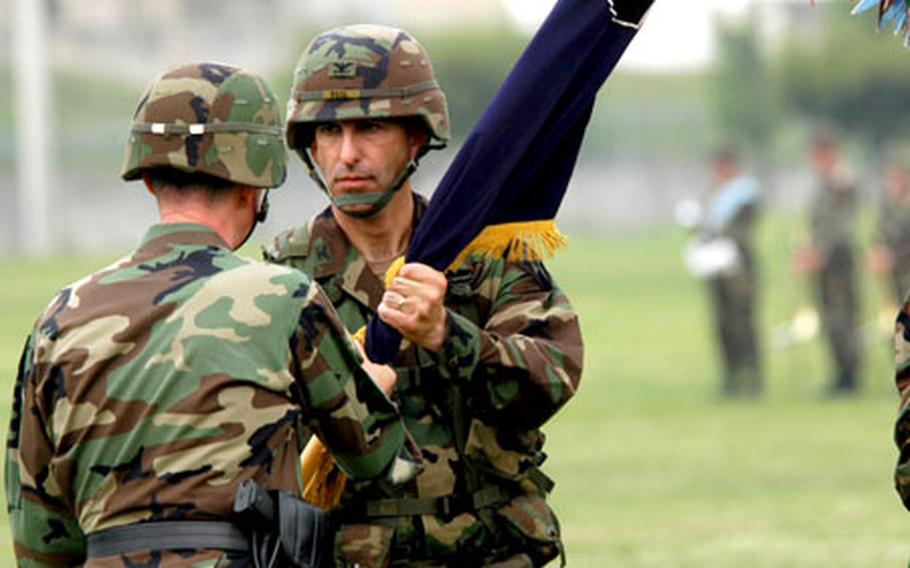 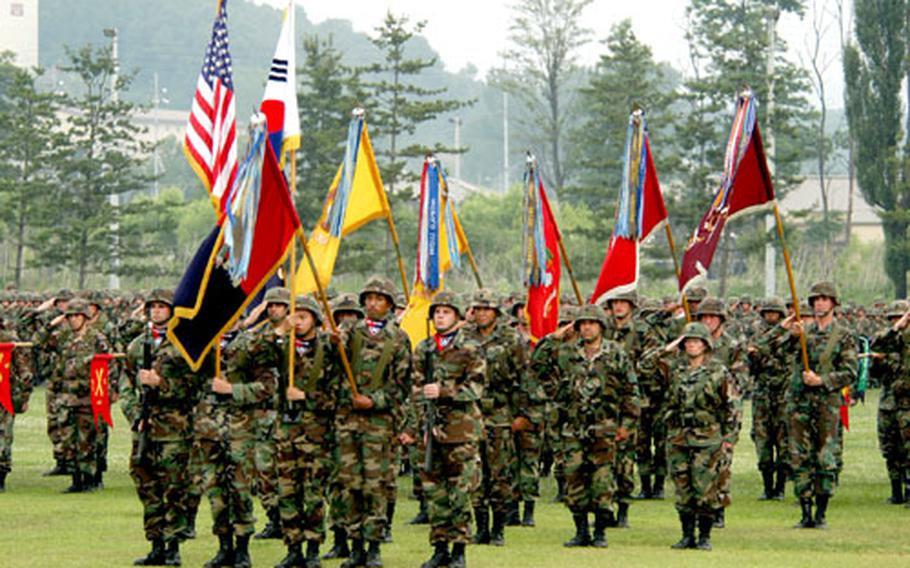 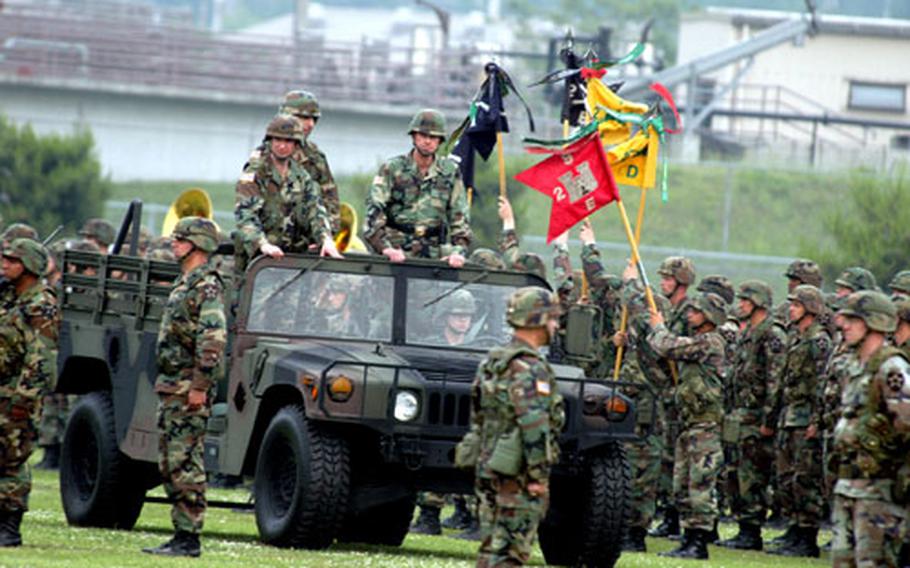 There was a sense of d&#233;j&#224; vu at the ceremony. Ten months ago, 2nd ID&#8217;s 2nd Brigade Combat Team (Strike Force) paraded in the same place for the last time before deploying to Iraq. The only difference this time was the color of the uniforms: green instead of desert tan.

Higgins reminded the troops that although their brigade is new, their mission is not.

&#8220;The modular force is designed to be rapidly deployable, but your mission remains to stay trained and ready to deter war on the Korean peninsula and be ready to fight tonight should deterrence fail,&#8221; he said.

Saying the brigade combat team is the Army&#8217;s most powerful, he called the 1HBCT activation &#8220;a signpost along the continuing journey to transform the U.S. Army.&#8221;

&#8220;We face an enemy without a country, without a conscience. One that seeks no armistice with the U.S. or the civilized world. Our Army must and will become much more than it is now. We will become more expeditionary &#8212; more joint &#8212; rapidly deployable.&#8221;

&#8220;Tasks in future will be based on your new organization and capabilities. There is new training to be conducted and incredible opportunities for soldiers to be present at the very beginning of transformation,&#8221; he said.

As the hail began to fall, Feil said 1HBCT already had passed its first major test, before activation, when it took part in a brigade-level warfighter exercise.

&#8220;That demonstrated some of the early returns of this organization in more effective command and control, theater integration and reconnaissance with combat arms battalions,&#8221; he said. &#8220;The return for teamwork and performance is already being felt.&#8221;

He said the unit can be self-sufficient and conduct offensive, defensive, stability and support operations. He also said his infantry units no longer will train on their own before organizing with armor or artillery units.

Feil said 1HBCT&#8217;s two task forces &#8212; 1st Battalion, 72nd Armored Regiment and 2nd Battalion, 9th Infantry Regiment &#8212; &#8220;mean infantry has a permanent relationship with armor and artillery. Every time they [go] to the range they will go with other members of the brigade combat team.&#8221;