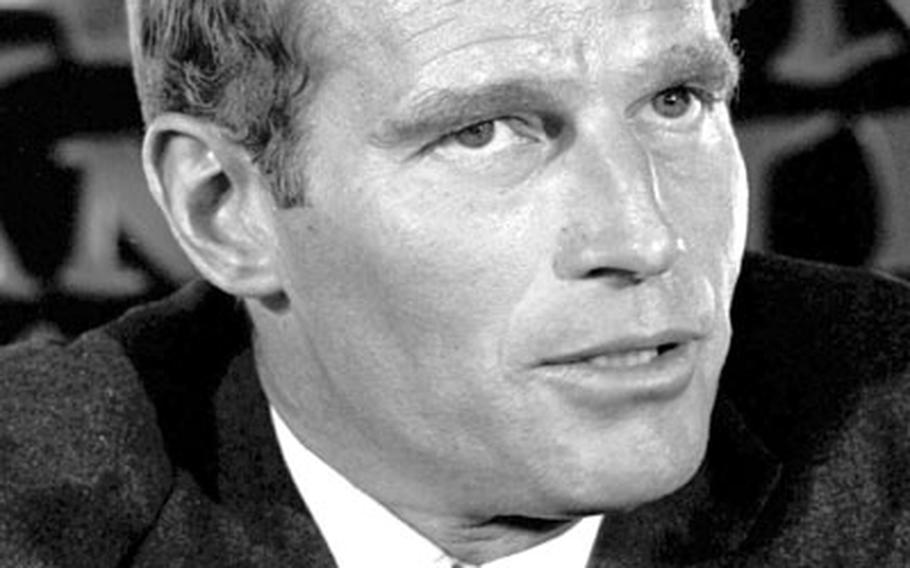 TOKYO — Film star Charlton Heston said here Friday that Americans were in Vietnam because of their determination to let the Vietnamese choose their own form of government and their own way of life.

Heston, fresh from a two-week visit with U.S. troops in remote areas of the Republic of Vietnam, said, "We're in Vietnam to do what the French were unwilling to do, the Diem regime was unable to do, and what we're determined to do."

He made the statement during a press conference here.

He said that "it is not the strength of American military men present there, but the extremely high morale that one senses in talking with them."

"They are not there through force," Heston said. "They are there because they want to be."

He said he was amazed at the number of servicemen he met who were voluntarily serving their second and third tours in Vietnam.

Heston, here for the Tokyo premiere of his latest film "The Agony and the Ecstasy," Hollywood's version of the life of Michelangelo, made his Vietnam tour under the auspices of the Hollywood Overseas Committee and the USO.

Heston said he had visited as many servicemen in the remote areas as possible.

He said that even though the USO sends large groups of entertainers to Vietnam, few persons. get the opportunity to visit men in the boondocks.

He said the purpose of his trip was not to entertain the troops, but to let them know that Americans at home support them in the struggle in Vietnam.

Asked if he would advise other Hollywood personalities to visit American troops in Vietnam he said, "I'll do more than advise, I will encourage them to do so.

"I feel that any American getting a firsthand look at the situation there will come home as I have, with richer knowledge of what's really happening there."

Heston was scheduled to leave Tokyo for the U.S Saturday.