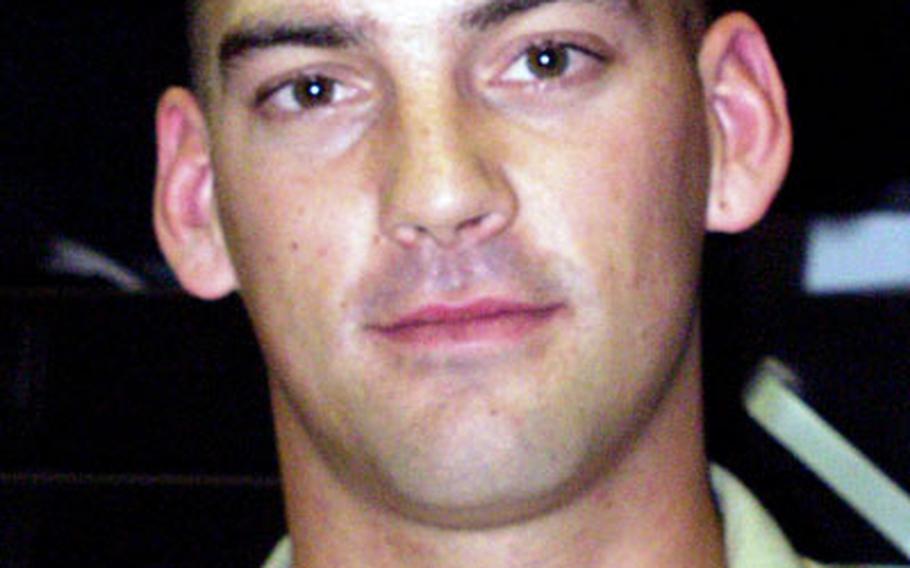 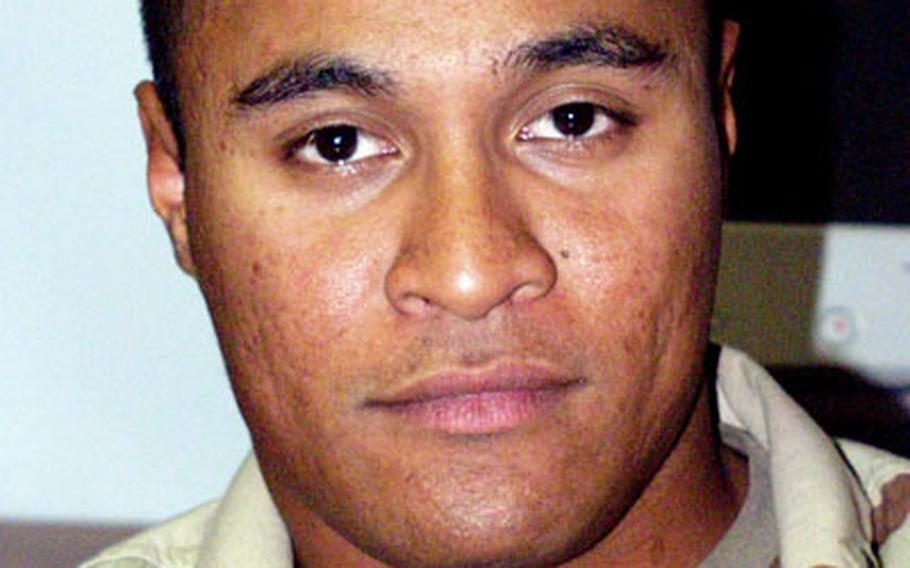 The soldiers of the 2nd Battalion, 503rd Infantry Regiment hadn&#8217;t been in Afghanistan for long when they were put to the test.

A group of scouts from the battalion&#8217;s Headquarters and Headquarters Company came across a man while on a morning patrol on May 3, 2005. He told them he had just been beaten up by a group of insurgents near Baluc Kalay.

Led by Staff Sgt. Patrick Brannan, the scouts investigated and came into contact with an enemy force many times their own numbers. Brannan&#8217;s forces engaged the enemy and called in reinforcements.

Staff Sgts. Matt Blaskowski and Christopher Choay were at the battalion headquarters in Qalat when they heard that their fellow soldiers were under attack. Less than two hours later, they were in the fight themselves, thanks to CH-47 Chinook helicopters.

Still, Blaskowski and his squad &#8212; six men and two machine guns &#8212; were directed to a hilltop that would allow them to direct fire on enemy positions in an orchard-filled valley below, keeping their foes from maneuvering or retreating. The position was less than ideal, though.

&#8220;There were only a few rocks and they weren&#8217;t very big,&#8221; Blaskowski said of the cover provided. And enemy forces soon realized that they needed to eliminate those on the hill if they had any chance of winning the battle.

Blaskowski and his men endured fire from opposing ridge lines for four hours, maintaining fire of their own. Spc. Tyler Wilson was hit in the leg and back and severely wounded. Blaskowski went to help him and was shot in the leg.

&#8220;After my bleeding stopped, I was OK,&#8221; he said, crediting the other soldiers with him for treating him and Wilson. Blaskowski continued to direct the fight until help could arrive to evacuate the wounded.

In the meantime, there was heavy fighting in the valley below. Enemy forces were found to be centered along a stone wall and bunker. Apache helicopters circled overhead, but were largely thwarted from attacking many positions by the tree cover the orchard provided.

Choay&#8217;s squad was told to take the position.

He and his squad ran toward the enemy position, using the tactics they were taught: Provide cover as your buddy advances, then advance yourself.

Choay said he was able to approach the wall from a flanking position because of the efforts of Blaskowski&#8217;s crew and other soldiers who were largely holding the enemy&#8217;s attention. He found three enemy combatants on machine guns and another with an RPG launcher. He killed three and wounded another, who was then shot by another soldier. Approaching the bunker, Choay exchanged shots with someone.

Another soldier killed that enemy, leaving Choay free to toss a grenade into the bunker. Five bodies were later found inside the bunker.

Choay said that he and his soldiers had to rely on instincts honed by training at such places as Grafenw&#246;hr in Germany.

He said his first large firefight did have some surprises, though.

The fighting, which started late in the morning, would continue for hours.

Enemy forces eventually fled the field during the night. Dozens of insurgents were killed, though the exact number might never be known, because insurgents often carry off their dead if they can. No U.S. soldiers were killed, but several were severely wounded &#8212; including Wilson, who was paralyzed. Another lost a leg.

Both Blaskowski and Choay said they feel proud of their accomplishments that day, but believe that many other soldiers in the unit deserve the same recognition.