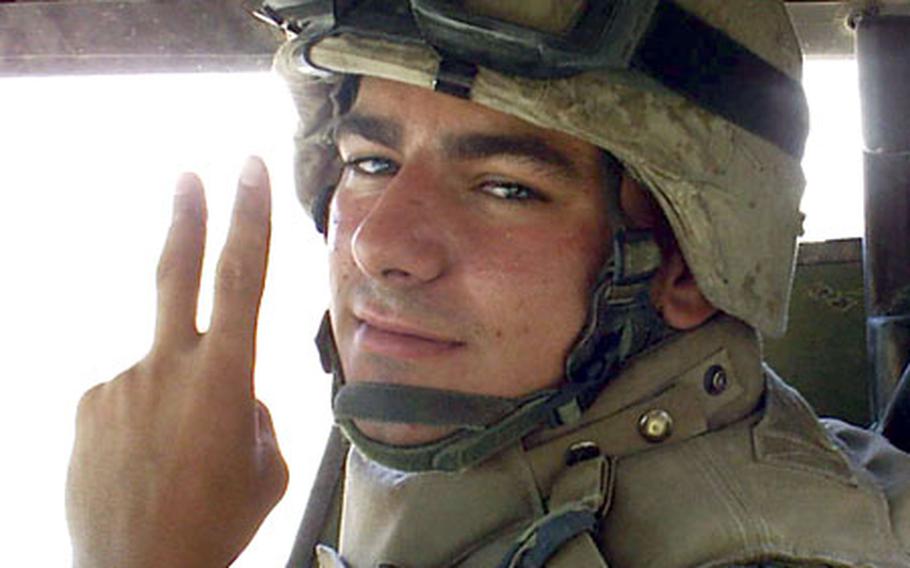 It was Nov. 8, 2004, and the Marines had just begun the major assault on Fallujah, Iraq. Petty Officer 3rd Class Clayton Garcia was sitting next to a seven-ton truck when he heard it.

The battle cry of the corpsmen has launched such men into action since 1898, when the Navy first assigned them to accompany Marines landing at Guantanamo Bay during the Spanish-American War.

For Garcia, 22, the call of &#8220;Corpsman, up!&#8221; would prompt him to expose himself repeatedly to enemy sniper and machine gun fire as he dashed across an open field to help a wounded Marine.

Quickly realizing that the Marine would be killed in his exposed position, Garcia got three other Marines to carry the man back across the field of fire to safety.

&#8220;Now that I think about it, it was kind of dumb of me, because I was kind of a sitting duck,&#8221; Garcia said in a telephone interview from Keflavik, Iceland, where he is assigned to the U.S. Naval Hospital.

Garcia, who joined the Navy in June 2002, was on his second Iraq deployment when he got involved in the Fallujah battle.

His first deployment, from late March to October 2003 attached to the 1st Battalion, 2nd Marine Regiment (Mechanized), was quiet.

The big fight came in November in Fallujah, where U.S. and coalition forces were tasked with rooting out entrenched insurgents, including those loyal to Abu Musab al-Zarqawi, leader of al-Qaida in Iraq.

Garcia&#8217;s battalion was called up to Fallujah to assist with the main assault, with Fox Company assigned to conduct security for a mortar platoon.

No sooner had the fight kicked off than Fox Company came under heavy fire.

Garcia grabbed his medical bag, ran up and over an earth berm, and onto the exposed field where a young lance corporal lay, bleeding from his upper arm.

This particular injury was very serious, because the bullet had severed the Marine&#8217;s brachial artery, a primary carrier of blood to the body.

As Garcia raced against time to keep the Marine from bleeding to death, the young man had an unusual follow-up query.

Later on, back in the States, Garcia met the lance corporal he helped rescue that day.