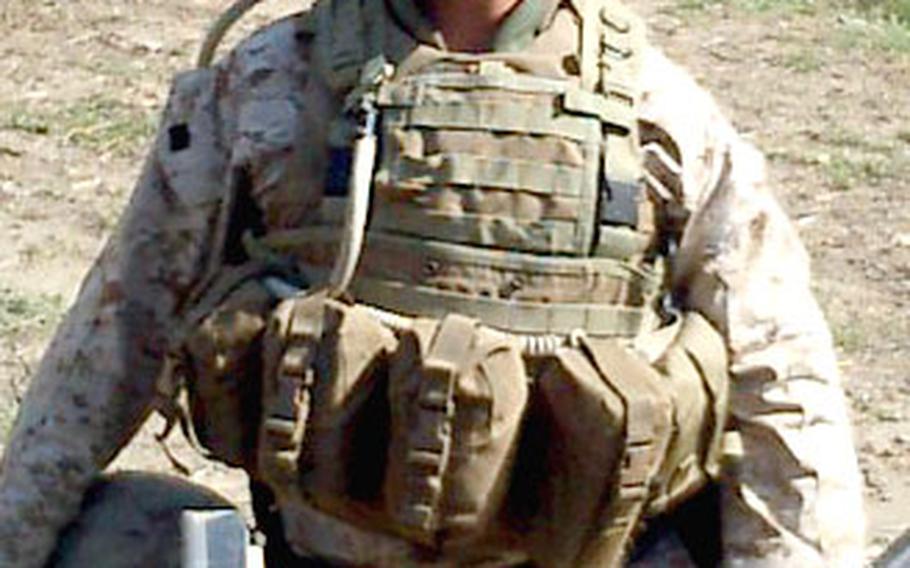 But Maldonado had two strong motivations to graduate and become a full-fledged corpsman.

The first, according to the 25-year-old sailor, was pride.

&#8220;This was the first school I ever took serious,&#8221; Maldonado said in a telephone interview from Kauai, Hawaii, where he is on shore duty at the Naval Branch Medical Annex at Barking Sands.

The second reason was more practical: The Navy sends hospital corps dropouts to the fleet as undesignated seamen.

Little did he know that all those nights hitting the books would pay off in a single day five years later and 6,000 miles from home.

In fact, the events of Sept. 30, 2005, in Afghanistan would not only earn Maldonado a Navy Achievement Medal with Valor, they would also help convince him to set his sights on becoming a Navy officer.

Afghanistan was Maldonado&#8217;s first combat deployment. He and Marines from the 2nd Battalion, 3rd Marine Regiment, 3rd Marine Division, which is part of the III Marine Expeditionary Force based at Kaneohe Bay, Hawaii, arrived in June 2005 at Camp Blessing, in the Kunar Province.

On Sept. 30, Maldonado and three Marines were bringing up the rear of a convoy moving through the Korengal Valley &#8212; &#8220;bad-guy central,&#8221; as Maldonado called it &#8212; when an IED exploded directly under their up-armored Humvee.

The explosion blew the doors off the vehicle and sent shrapnel into Maldonado&#8217;s arms and legs.

The gunner and the relief driver in the right front seat were both blown clear out of the vehicle, while the driver, a Marine sergeant, &#8220;absorbed most of the impact of the blast,&#8221; Maldonado said.

The driver&#8217;s lower leg was blown open, bones sticking out &#8220;of a huge hole,&#8221; Maldonado said. And blood so bright it looked almost pink was spurting rhythmically into the air.

The gunner also had a shattered lower leg, which Maldonado splinted and bandaged after dragging the Marine to safety behind the Humvee.

Finally, Maldonado sought out the third Marine from the Humvee, who was on the other side of the vehicle, &#8220;half hanging off the cliff.&#8221;

Maldonado had just finishing bandaging his third patient and was checking back on the sergeant when Marines from the convoy came racing back to help.

The four wounded Marines and Maldonado were evacuated by helicopter to the combat support hospital at Bagram Air Base.

There, a military doctor told the corpsman that his swift action had saved the sergeant&#8217;s life.

What the corpsman was surprised to learn was that he might also have saved the machine gunner.

Hear Maldonado describe the actions that led to his Navy Achievement Medal:

Clip 1Clip 2Clip 3Clip 4More profiles from the 2006 edition of this Stars and Stripes special section: