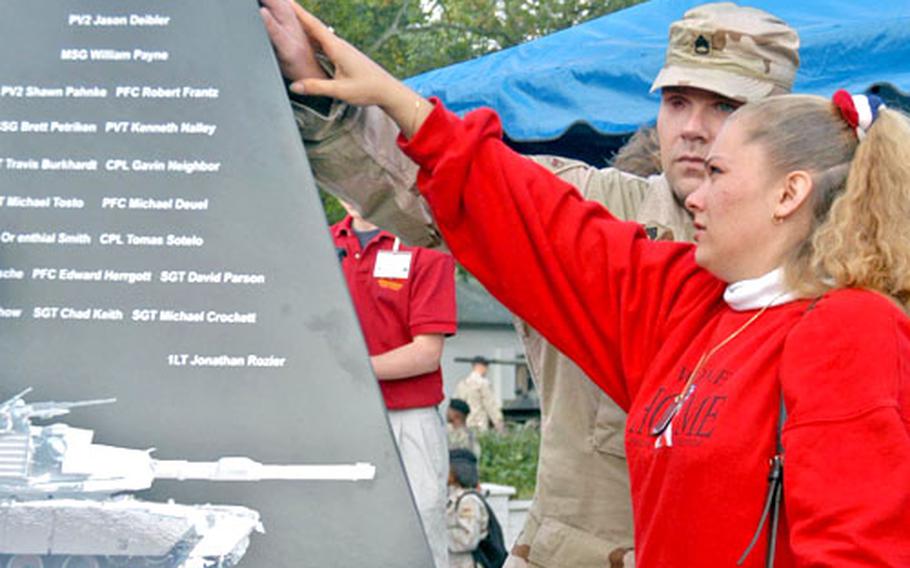 When he saw the RPG headed toward him, Army Staff Sgt. Jason Pepper&#8217;s first instinct was to push his men out of the way.

The attack came in May 2004 as his unit was on patrol through the Iraqi city of Karbala. Other units had been through the city on a major offensive just weeks earlier, and Pepper said his battalion had been performing reconnaissance in the city for several days leading up to the incident.

Even though the men had been through the area before, Pepper was edgy that day. His mission route had been switched just minutes before the unit was scheduled to leave, and he worried that the intel reports available weren&#8217;t current enough.

As their patrol reached the downtown area, a rocket-propelled grenade struck the lead tank and the soldiers leapt into action. Pepper and his men got out of their vehicle, surveying the area with their guns raised.

The ambush site was a tight corridor &#8212; as they looked to their left, one of their own tanks pulled up close and partially blocked off their field of fire. Pepper said as he turned around to cover the other direction, he saw an insurgent fire another RPG.

Instinctively, he dove into soldiers closest to him, knocking them behind a tank and out of the explosive&#8217;s range. The two men suffered only some bumps and bruises as the round exploded.

As he stood to return fire, a remote bomb planted in a tree detonated just a few feet away. The blast caught him full force.

The only sign that Pepper was still alive was the air bubbling through the blood covering his nose.

The soldiers around him took a moment to realize he was still conscious, and they rushed him into an evacuation vehicle while they pushed back the insurgent attack. His whole firefight &#8212; from dismount to heroics to injury &#8212; took only a few minutes.

Pepper spent the next few weeks moving from hospital to hospital before arriving at Walter Reed Army Medical Center in Washington, D.C., for months of rehabilitation. Twenty-five surgeries over 16 months rebuilt most of the bones in his hands and wrists, but he is blind and lost his sense of smell.

During his recovery at Walter Reed, he became a mini-celebrity because of his name and rank &#8212; at the time, he was Sgt. Pepper &#8212; and even earned him a spot in a Doonesbury sequence. He said his fellow battalion members saw the comic as they were finishing up their tour and told him it was a morale boost knowing he was being cared for.

He credits his family with getting him through the recovery: His wife Heather and mother-in-law Denise have been by his side through the surgeries, and his 3-year-old daughter Naomi has even started to help guide him around.

Pepper, who previously served four deployments in Bosnia and Kosovo, said protecting his fellow soldiers was his job, regardless of the consequences.