Helicopter crews accounted for, but status unclear after crash 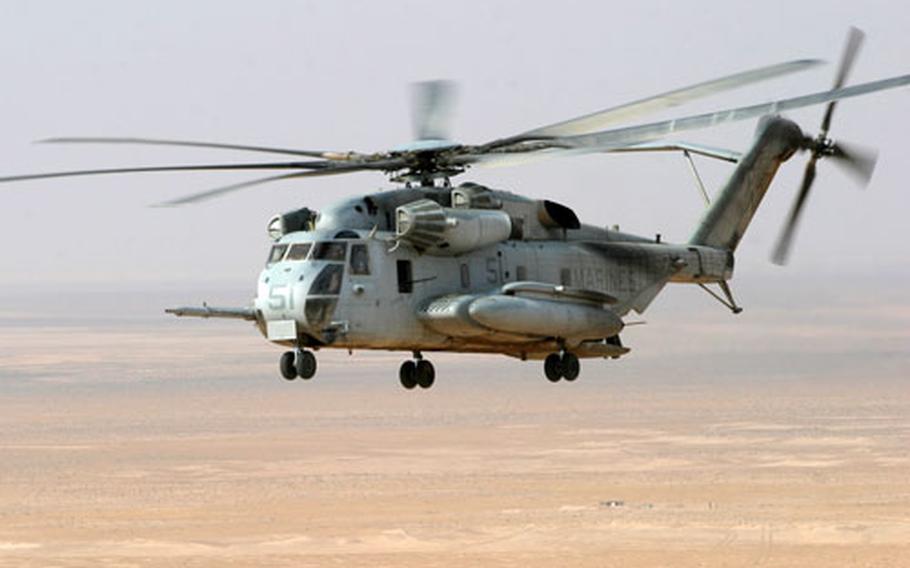 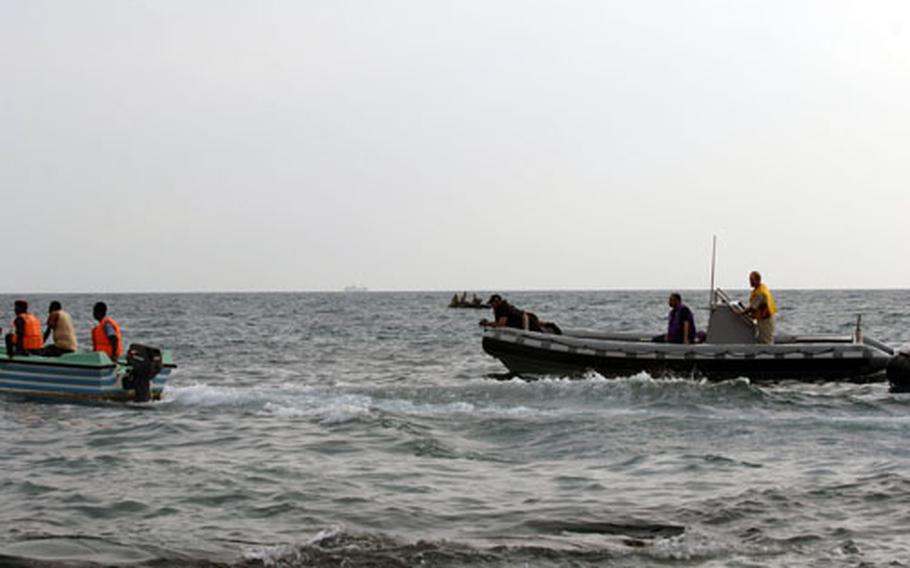 All 12 crewmembers aboard two CH-53E helicopters that crashed Friday in the Gulf of Aden were accounted for by Saturday afternoon.

A statement from U.S. Central Command&#8217;s Combined Joint Task Force&#8211;Horn of Africa, to which the servicemembers were assigned, did not give their conditions. At least two crewmembers, rescued by Djibouti forces, were to be sent to Landstuhl Regional Medical Center in Germany for treatment.

&#8220;Next-of-kin notifications are still ongoing; therefore, no further information regarding the status or condition of the crewmembers will be released at this time,&#8221; the statement said. Search and rescue efforts at the crash site have been curtailed, but recovery of pertinent information, equipment and wreckage for the accident investigation board will continue to determine the cause of the crash.&#8221;

The choppers, part of the 464th Helo Marine Heavy Squadron out of Marine Corps Air Station New River in Jacksonville, N.C., went down during a two-hour training mission in the Godoria Range area of northern Djibouti, according to Air Force Tech Sgt. Cindy Dorfner, a task force spokeswoman.

The cause of the crash was unclear, but there was no indication of hostile fire. Visibility was good at the time, with light winds, an earlier task force statement said.

It was also unclear exactly when the crash occurred, but Djiboutian military, who observed the helicopters hit the water, contacted the task force at 5:30 p.m. Friday, Dorfner said.

Djibouti forces rescued two persons at the scene of the crash, near the northern coastal town of Ras Siyyan, and took them to Godoria Range, she said.

&#8220;[The Djiboutians] responding so quickly is why two crewmembers are still alive. We appreciate their urgency. The rest of our coalition partners, such as the French, have responded well, too,&#8221; Dorfner said.

U.S. forces took the injured to the task force&#8217;s base at Camp Lemonier, she said. One underwent knee surgery overnight. The other suffered muscular and skeletal bruising, but no fractures and was being observed for inhalation of contaminated water. Both were in stable condition, according to the task force statement.

Marie Shaw, a Landstuhl spokeswoman, said Saturday afternoon that she expected the injured to arrive at the hospital in the next 72 hours.

A task force statement said search and rescue assistance was offered by several ships in the area, including the USS Vicksburg; USNS Spica; the Italian ship Euro; the French ship LeMalin; and several Djiboutian watercraft.

The U.S.-led task force is working with militaries in the Horn of Africa to promote stability in the region. The CH-53Es, known as Sea Stallions, were doing reconnaissance training at Godoria Range at the time of the crash. Air-to-ground weapons were often fired at the range, but no such weapons were in use when the accident happened, Dorfner said.

The lost aircraft were two of four Sea Stallions at Camp Lemonier, she said.