Heidelberg proud of its 'baby-friendly' status 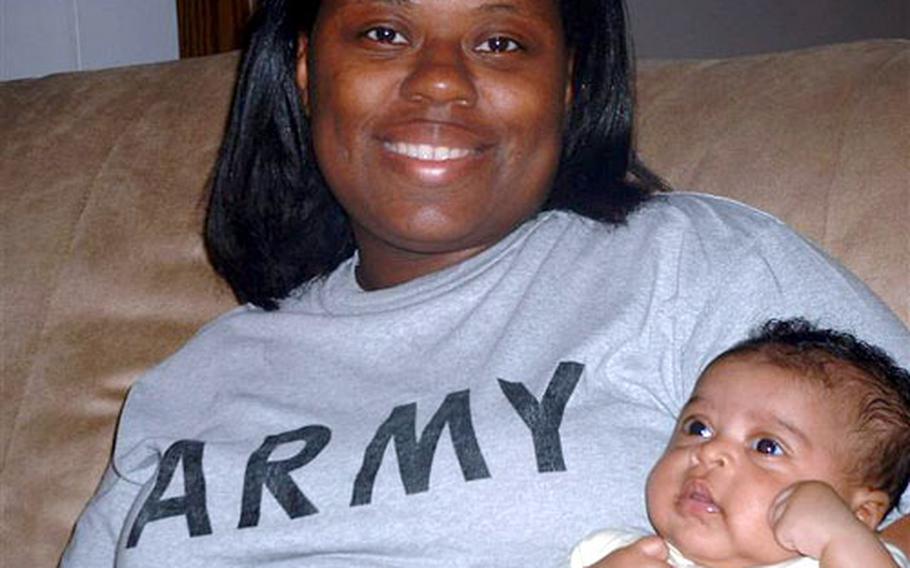 Jerrika Weston says she’s pleased with her decision to nurse her newborn daughter, Ciara, and credits the Baby-Friendly Heidelberg Army hospital maternity staff with helping her understand the art and science of breast-feeding. (Photo courtesy of Brent Weston)

Let her count the reasons why: She thought it would keep her at home. It would be messy, inconvenient, and, based on past experience, just plain hard.

But then Weston met the staff at Heidelberg Army Hospital&#8217;s Mother Baby Unit, where she gave birth eight weeks ago to a little girl named Ciara. Armed with the information, encouragement and support the staff gave her, Weston changed her mind.

The 63-bed hospital is at the forefront of a worldwide initiative by the World Health Organization and UNICEF to help new mothers in the art of breast-feeding so they and their babies can reap what experts say are myriad health benefits.

Earlier this year, after years of work to put programs in place and meet stringent international guidelines, the hospital became the second of only two American military hospitals worldwide to be designated &#8220;Baby-Friendly&#8221; by the WHO and UNICEF.

The other is Weed Army Community Hospital at Fort Irwin, Calif. Two U.S. Navy hospitals, in California and Florida, are working toward the designation, said Cindy Turner-Maffei, national coordinator for Baby-Friendly USA, based in East Sandwich, Mass.

It&#8217;s a rare designation in any American hospital, not just the military&#8217;s. Of some 3,000 hospitals in the United States, fewer than 50 have sought the designation, Turner-Maffei said.

The hospital&#8217;s accomplishment, based on an inspection, data review and interviews with staff and consumers, took some five years. It never would have happened without Donna Ellis, a former community health nurse who&#8217;s now the hospital&#8217;s full-time lactation consultant.

Her motivation was a practical one.

&#8220;I did it myself and I lost all my pregnancy weight in six months, eating whatever I wanted,&#8221; said Maj. Robin Villiard, chief of the Mother Baby unit.

But with the marketing of infant formula, the rise of the working woman and the decline of the extended family, breast-feeding rates in industrialized nations plummeted.

Most maternity wards did little to encourage the practice. Policies such as taking newborns to a nursery, giving them sugar water from a bottle and handing out gift baskets provided by formula manufacturers actively discouraged it.

To be Baby-Friendly, a hospital has to change its ways.

Gift baskets with infant formula are banished from the hospital, and infants receive only breast milk, unless medically necessary or the mother has decided against breast-feeding. (Many hospitals automatically give infants sugar water or pacifiers.)

Five years ago when work started on the initiative, Ellis said some 75 or 80 percent of mothers breast-fed in the hospital. That &#8220;initiation&#8221; rate climbed to 93 percent last month, she said, meaning just seven percent of mothers declined to nurse their babies.

There is no follow-up data on whether women were continuing breast-feeding once they went home; experts recommend breast-feeding for at least six months.

But Weston, for one, says she&#8217;s found it more convenient than having to deal with bottles and formula, and that she even gets more sleep.

The hospital staff believes in the benefits of breast-feeding, but Ellis and Villiard say if a mother makes an informed choice not to breast-feed, that&#8217;s OK, too.