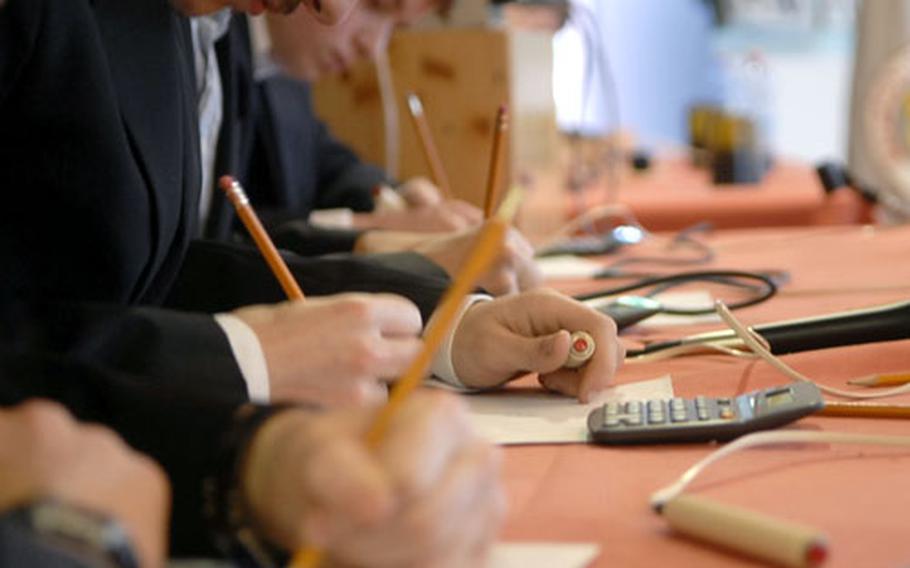 Students competing in the DODDS-Europe 26th annual Academic Games could use calculator, pencil and paper to compute math equations. In this photo, the team from Heidelberg works on a problem. (Jennifer H. Svan / S&S)

Students competing in the DODDS-Europe 26th annual Academic Games could use calculator, pencil and paper to compute math equations. In this photo, the team from Heidelberg works on a problem. (Jennifer H. Svan / S&S) 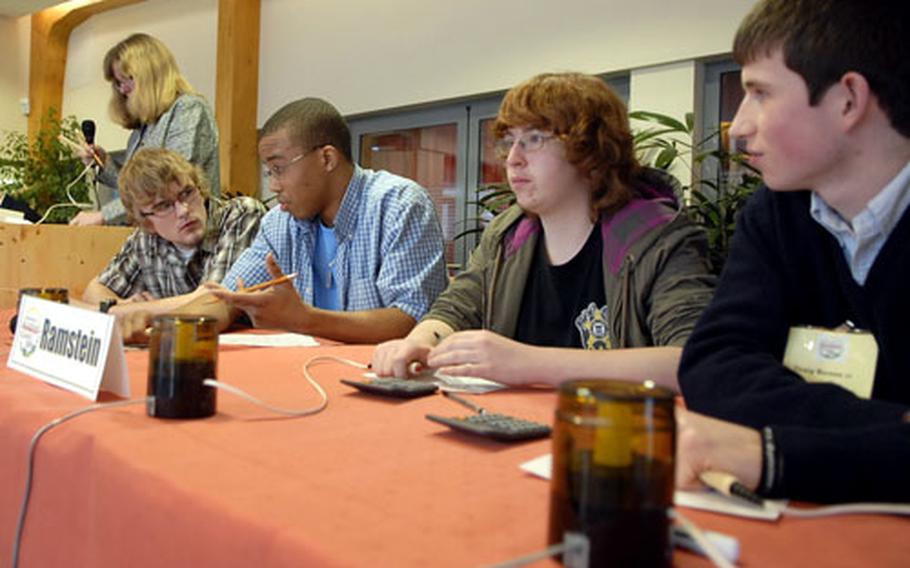 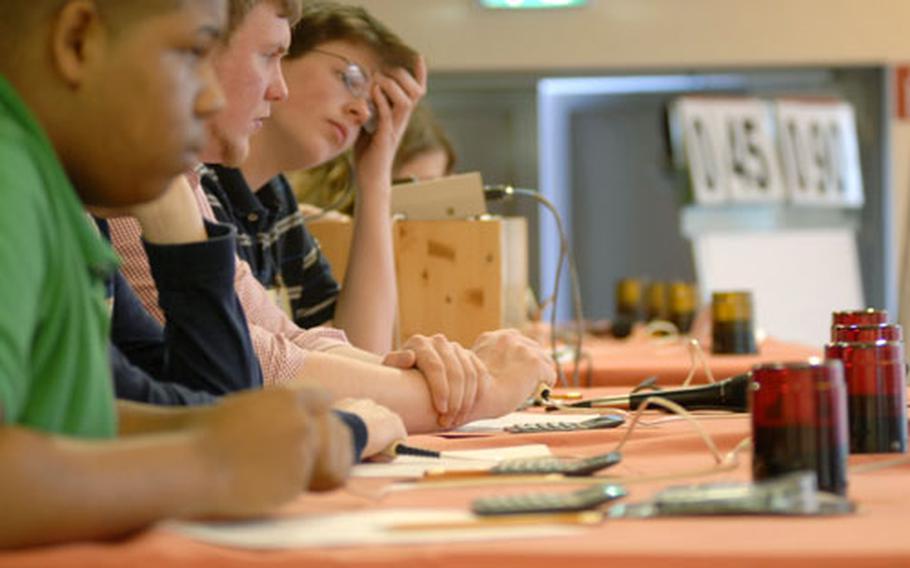 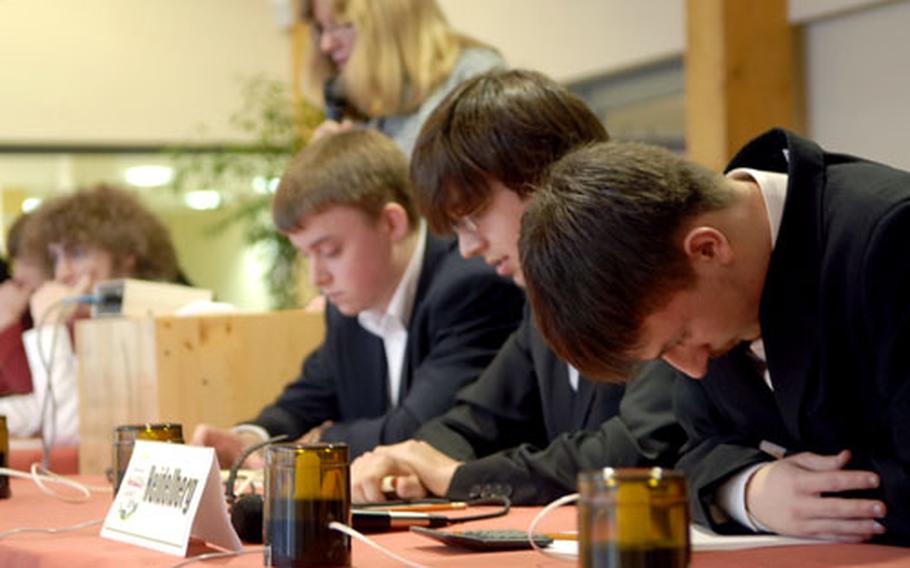 HAMBACHTAL, Germany &#8212; On a stage where it&#8217;s a badge of honor to be a smarty-pants, Heidelberg High School won the battle of the brains Friday at the 26th annual DODDS-Europe Academic Games.

Heidelberg, the defending champions, beat out 24 teams from military schools across Europe by defeating runner-up Ramstein 180-125 in the final match. Patch and Wiesbaden finished third and four, respectively.

Heidelberg seniors Randall Bryan and David Brunell, junior alternate Paul Tschida, sophomore Kevin Burdge and freshman Kyle Jackson proved to be the quickest minds &#8212; and quickest with the buzzer &#8212; as the team rolled through two days of competition undefeated.

To do well requires "having confidence in your answers," said team captain Bryan, who along with Ramstein junior Derrick Lewis was named the games&#8217; most valuable players. "That and speed. A lot of people know the answers; it&#8217;s all about who gets to them first."

And Bryan often did. On the topic of Sherlock Holmes, for example, the moderator read, "They all agreed it was a huge creature ..." and before she could finish, Bryan buzzed in with the correct answer: "The Hound of Baskervilles."

Each round consisted of 40 questions or 20 minutes, whichever was reached first. A player could buzz in at any time while the moderator read the question &#8212; ceding a second chance and a rereading of the question in full for the other team if the answer were wrong.

A right answer received 10 points, and a sprinkling of bonus questions were worth five.

Questions covered a broad range of academics, compiled from an online clearinghouse, according to organizers.

In the throes of a match, students clenched their buzzer controls, tapped their pencils, furiously computed math equations, furrowed their brows and rubbed their temples in concentration.

Despite the intensity of what&#8217;s informally called the "Brain Bowl," there were unexpected light moments, such as for the topic "biological-ism." Moderator Martha Oyan said, "What what-ism indicates walking upright on two legs?"

"Erect-ism," was the guess from the Heidelberg team. Students and the audience laughed as Oyan read the correct answer, "bipedalism."

No matter their team&#8217;s outcome, students had individual moments to shine, many proudly recalling a question they nailed. "It was an anatomy question," said Bamberg junior Thomas Klein. " &#8216;What part of the brain controls hand-eye coordination?&#8217; I said cerebellum."

And then there were the obscure questions that no one knew.

"What living animal has the largest corroded arteries?" Blue whale was incorrect. The answer: Giraffe.

In all, the competition drew about 120 students from all but three DODDS-Europe high schools &#8212; one reason coaches, organizers and parents hope the Europewide competition continues next year. The bowl venue was abuzz with talk that DODDS-Europe was looking to eliminate central funding for the event.

DODDS-Europe spokeswoman Maggie Menzies said Friday that all student events and activities are being looked at as part of a normal review process "and no decision has been made ... including the academic games."