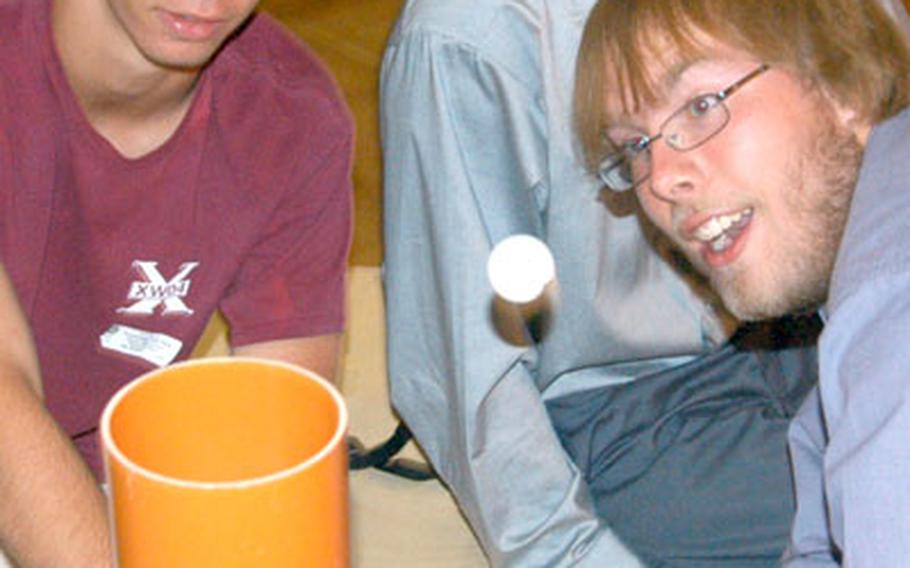 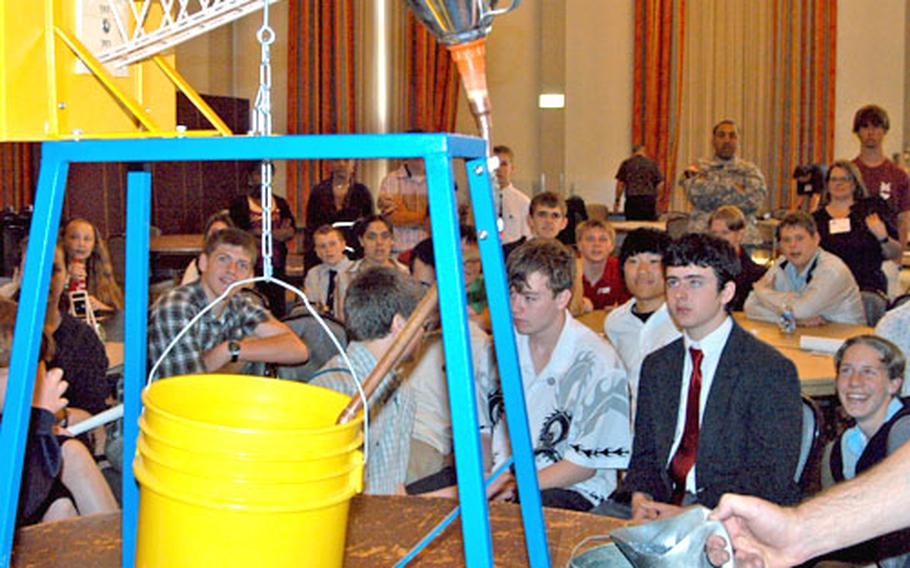 Students watch to see how much weight one of the student-made wooden booms could carry. (Michael Abrams / S&S) 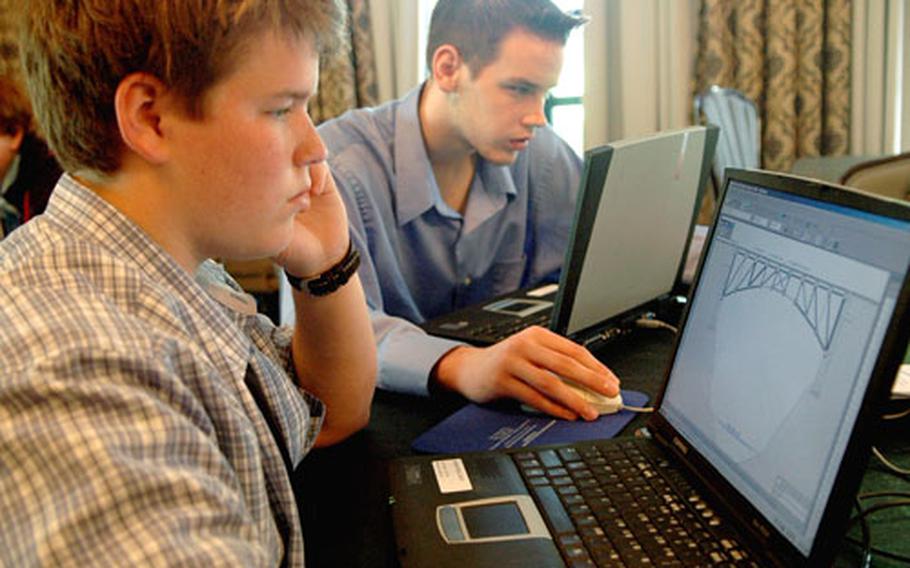 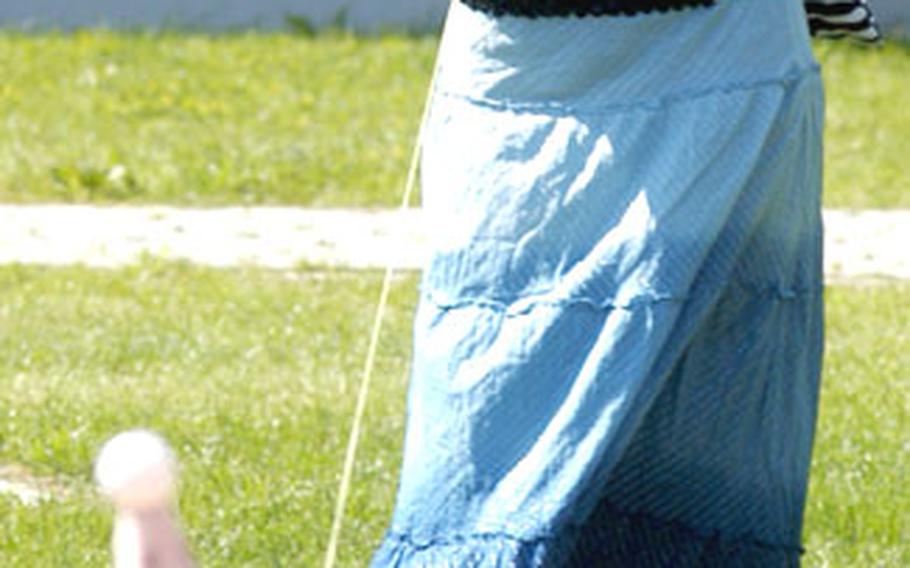 Chelsea Denkins, a senior at Livorno High School in Italy, gets ready to launch her compressed air and water-powered rocket at the DODDS-Europe Technology Fair. The rocket body was a plastic water bottle, and featured a plastic parachute that brought it safely back to earth. (Michael Abrams / S&S)

HEIDELBERG, Germany &#8212; How far would the gliders glide? How high would the bottle rockets shoot? And how much sand could Mr. Izzo put in the bucket before the boom would break?

These questions and more were answered Monday and Tuesday at the Technology Fair 2006 for Department of Defense middle- and high school students from throughout Europe.

Some 365 students &#8212; 100 more than last year &#8212; put together projects to be shown at Patrick Henry Village&#8217;s pavilion and compete in 27 different competitions for a total of $211,000 in cash and prizes, said Frank Pendzich, fair coordinator and a Wiesbaden High School technology teacher.

The project Morris had brought along involved computer animation and featured a soccer game that Morris said was a stand-out because &#8220;mine looked like actual people.&#8221;

Then there were the only girls from Ramstein Middle School &#8212; or high school for that matter &#8212; who had come as a group for mutual support and to buff up their middle-school r&#233;sum&#233;s, which they were convinced would help secure their futures.

Among the girls&#8217; projects were a display board on the community benefits of fiber optics &#8212; no pollution, more phone lines and better Internet access &#8212; and a video on professional technology studies in which they interviewed themselves and their teachers.

In fact, except for all the computers used in projects, the technology fair was reminiscent of science fairs from 40 years ago.

One project, on video podcasting, made generous use of silver glitter and featured a short bio of Gugliemo Marconi, inventor of the radio. Another, on the future of cars, determined that the future of cars &#8230; &#8220;is flying cars!&#8221; No picture of George Jetson was included, however.

As part of the fair, students chose among a variety of projects that had to be completed within two hours and with the materials provided.

&#8220;You never have the part you need or the time you need to do a job,&#8221; Pendzich said in explaining the pedagogical reason for the constraints.

Among those was construction of a miniature boom out of balsa wood &#8212; with the winner being the strongest boom that could hold the most weight.

David Izzo, a Ramstein High School technology teacher, hooked up each of the booms to a testing block, which in turn was hooked to a bucket. Then he started pouring in sand. After a boom broke, Izzo would weigh the bucket.

Matt Crosby, 18, a Naples High School senior, said construction methods were the key. &#8220;Triangles are stronger, but a lot of middle school students used squares,&#8221; he said. &#8220;And high school students are laminating more, which also makes it stronger.&#8221;