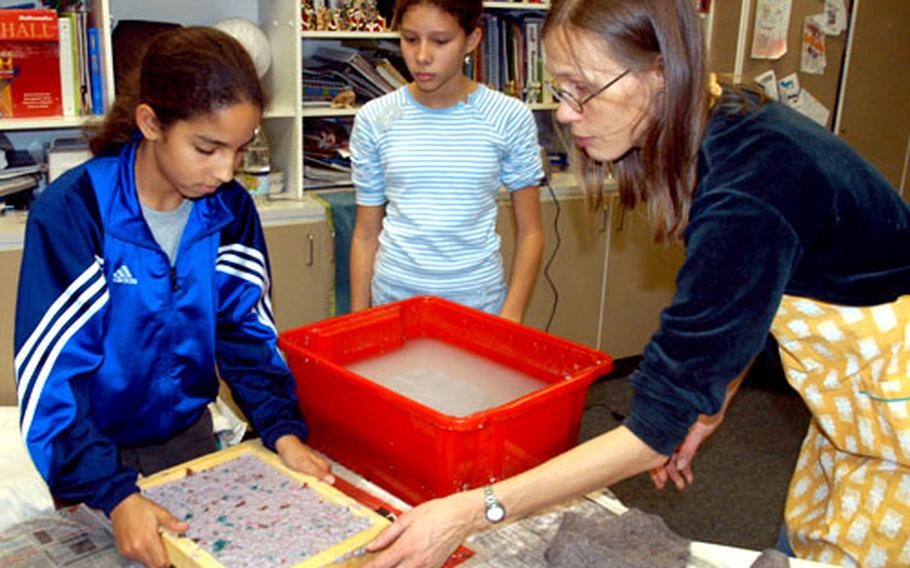 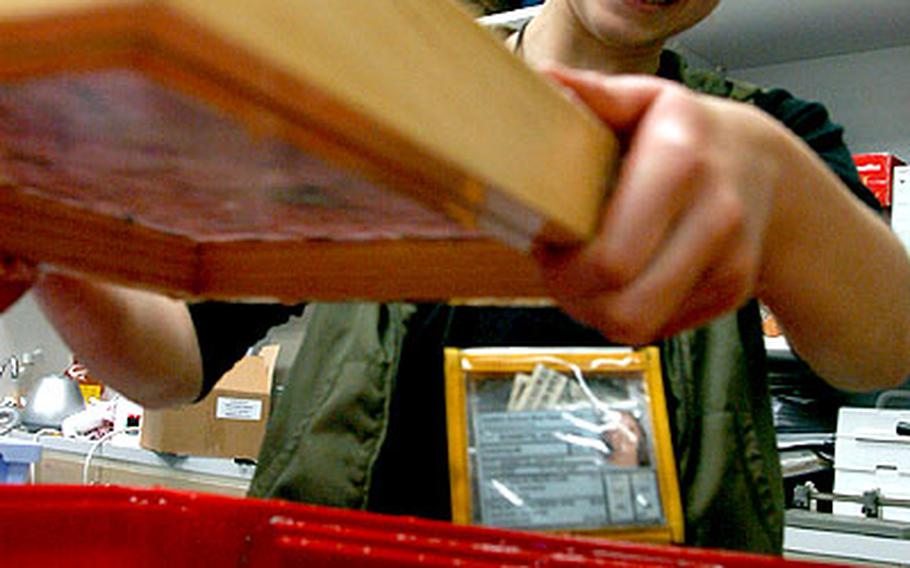 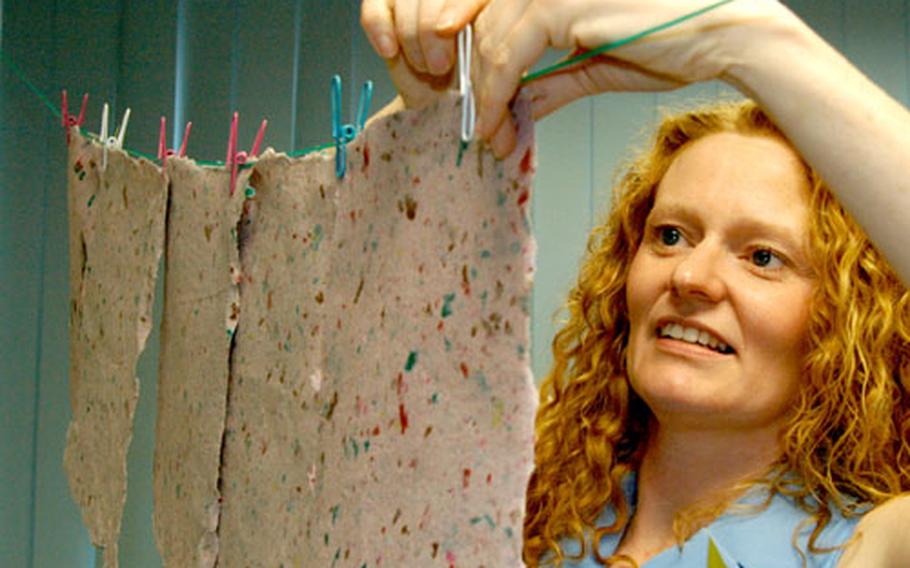 HEIDELBERG, Germany &#8212; About 450 pupils from Heidelberg got to try their hand at making paper as part of their schools&#8217; America Recycles Day program.

The pupils, from Heidelberg Middle School and Mark Twain Elementary School, started out using old newspapers for their project.

Shredded paper was marinated in a vat of water overnight to soften it. Then it was ground up in a kitchen blender into a fluffy, wet mush.

The youngsters took turns dipping framed screens into the slurry mix, carefully letting water seep through before turning the newly created sheet of paper over to dry on felt towels.

Travis Vowinkel, solid waste manager for the Heidelberg military community, came up with the idea as a way to get kids involved in recycling.

Papermaking is a hands-on project that allows kids to respond, he said.

America Recycles Day takes place Saturday with events in nearly every state, national program manager Steve Kullen said in a telephone interview. The annual event is in its seventh year.