Heidelberg bazaar a way to help yourself and others 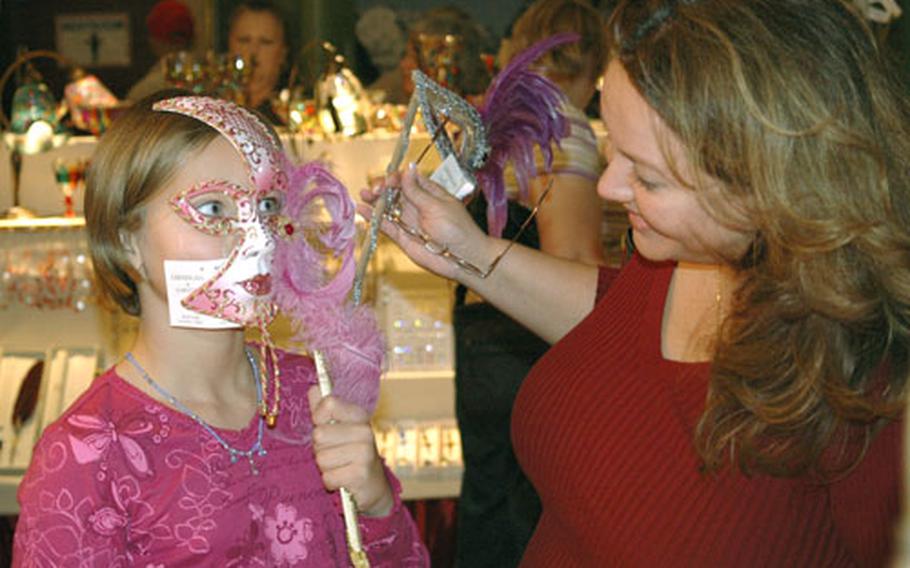 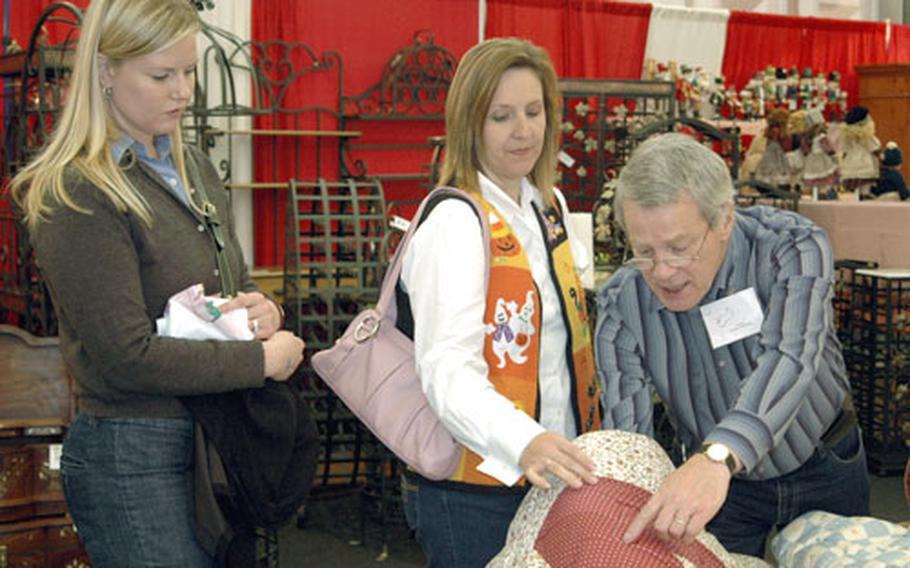 Think of Sgt. 1st Class Catreva Johnson as a metaphor for Heidelberg&#8217;s Holiday Bazaar. She was starting slowly, buying the tiniest teardrop pendant for herself in white gold, before perhaps plunging ahead to get stuff for everyone else.

It was a little difficult to feel all holiday-like Friday at the annual bazaar, held under gray, autumnal skies at Patrick Henry Village, despite &#8220;Walking in a Winter Wonderland&#8221; playing over the sound system.

And early in the day, the bazaar, put on by Morale, Welfare and Recreation and the Heidelberg Community and Spouses Club, was not overly crowded, giving shoppers free range over seemingly acres of goods &#8212; edible, decorative, wearable, whimsical, sometimes all at once &#8212; from all over the place.

So Johnson was just one of many shopping for herself alone. So was Michele Raygoza, who was choosing more Polish pottery to go with some she&#8217;d bought before in Poland. It was to be one last stop for souvenirs before she and her family soon returned to the U.S.

But even as they shopped for themselves, the two women were actually helping others. A portion of sales proceeds and fees vendors pay to participate in the bazaar is redirected into community needs.

&#8220;The purpose [of the bazaar] is to raise funds,&#8221; said Carol Hahn, bazaar adviser for the spouses club, which in olden days was called the Officers&#8217; Wives Club but nowadays includes four or five men. Club members have planned the event since February.

Last year, the bazaar grossed nearly $2 million in sales, and the club put $260,000 into scholarships, welfare grants and other good works, said Hahn, who good-naturedly wore a small tiara and some jingle bells.

Prices may not be bargain basement for the wares from 150 vendors from Italy, Poland, Sweden and other places.

But there is no sales tax on the goods, which include rugs, glasswear, pottery, fudge, cheese, wine, linens, ornaments, French antique furniture, Murano glass, original artwork, nutcracker bar stools, and on and on. And there is the convenience factor.