Heavy rains cause damage, wash out weekend plans on Okinawa 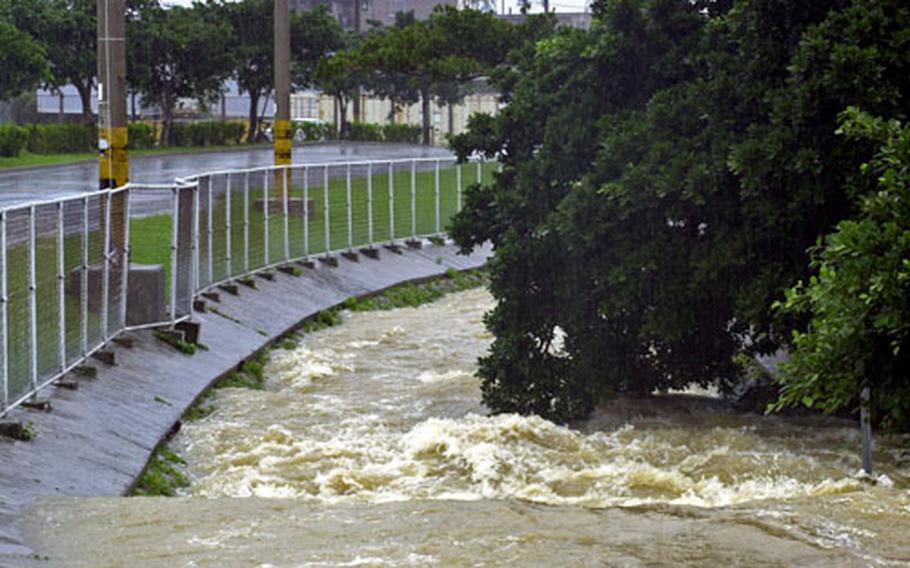 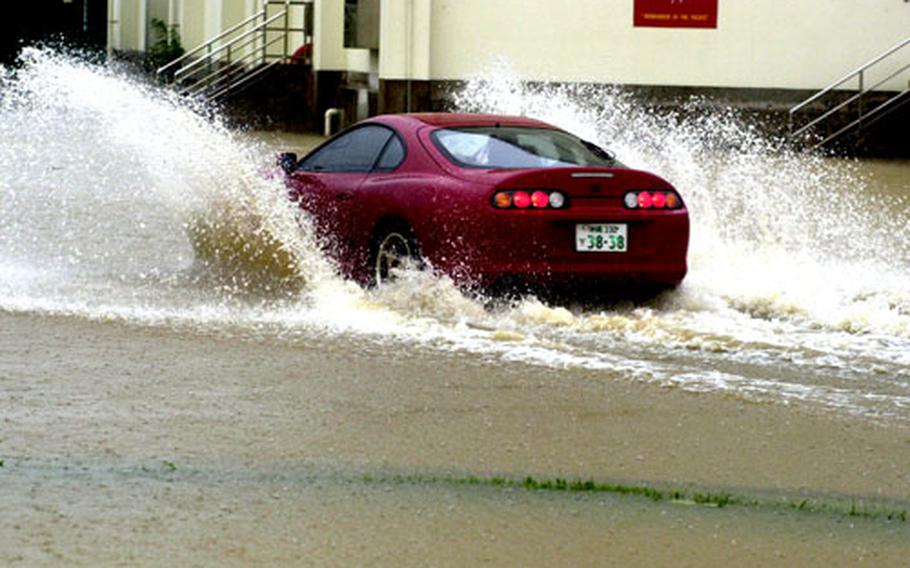 &#8220;Total precipitation for the past three days in Naha has &#8230; far exceeded the average rainfall (8.3 inches) for the entire month of June,&#8221; an Okinawa Meteorological Observatory forecaster said Friday.

Some forecasters are predicting a slight break Sunday. But don&#8217;t expect the wet weather to end completely during the next five days, according to the Kadena Weather Flight.

And at this pace, rain totals are fast approaching the second-highest monthly total of 37.6 inches, set in 1975. But it will take a lot more to beat the all-time recorded monthly record: 45.1 inches, set in 1969.

The heavy rains have resulted in hazardous roads and event cancellations throughout the island, along with a water-main break at Camp Foster. The rain even had some effect on the Marine Forces Pacific Regional Basketball Tournament. Though it was held indoors at the Foster Field House, the rain caused the courts to become slick and players to slip and slide during games.

But no serious injuries directly related to the rain have been reported, according to the Okinawa prefectural government&#8217;s Disaster Prevention Office.

Flooding, however, is becoming an increasing threat for homes and businesses off-base.

Twelve houses have been flooded in Naha, Ginowan, Okinawa City and Uruma City, according to an Okinawa government press release, and landslides have been reported throughout the island.

A 70-foot stretch of the Highway 58 bypass in Yomitan Village collapsed, and many other roads have experienced pooling.

Even standing water should be approached carefully, Kirby said, especially if the depth isn&#8217;t discernable. Okinawa police have reported multiple cars stalling in water, including two vehicles trapped on Highway 89 in Urasoe.

If flooding is threatening your home, move appliances to higher ground and away from windows that might leak, he said. And don&#8217;t attempt to unplug appliances if the floor is already wet, Kirby added.

Heavy rain can sometimes affect the water supply, as it did Friday on Camp Foster when a water main burst between Camp Foster&#8217;s American Legion gate and Fort Buckner gate.

Residents were urged not to drink tap water Friday due to fears of contamination, a Marine spokesman said.

About 300 homes in the Chatan, Sada and Futenma housing areas lost water service Friday due to the line break.

Engineers sealed the leak and began pressurizing the water main by Friday afternoon. Medical personnel were expected to test the water for any contaminants and have results back Saturday, the Marine spokesman said.

Originally scheduled for Saturday, thousands of people were expected on base for the event.

&#8220;All events remain the same, and we still anticipate over 1,000 athletes and artists still to come out [June 25],&#8221; said Chip Steitz, local Special Olympics organizing committee board member.

The Kinser Fest carnival celebration at Camp Kinser also has been rescheduled to take place June 25 from 3 p.m. to midnight and June 26 from 1 p.m. to 10 p.m.