Head straight to one of several on-base haunted houses 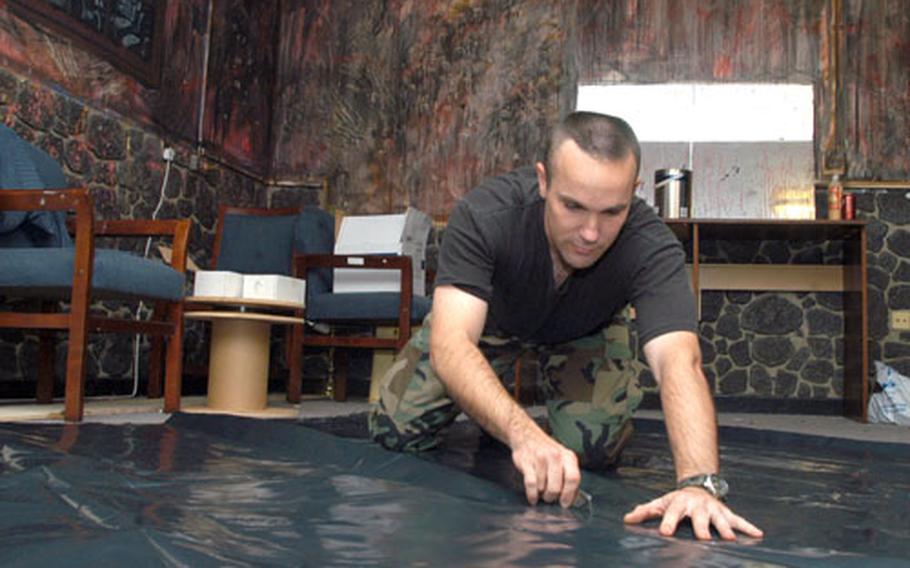 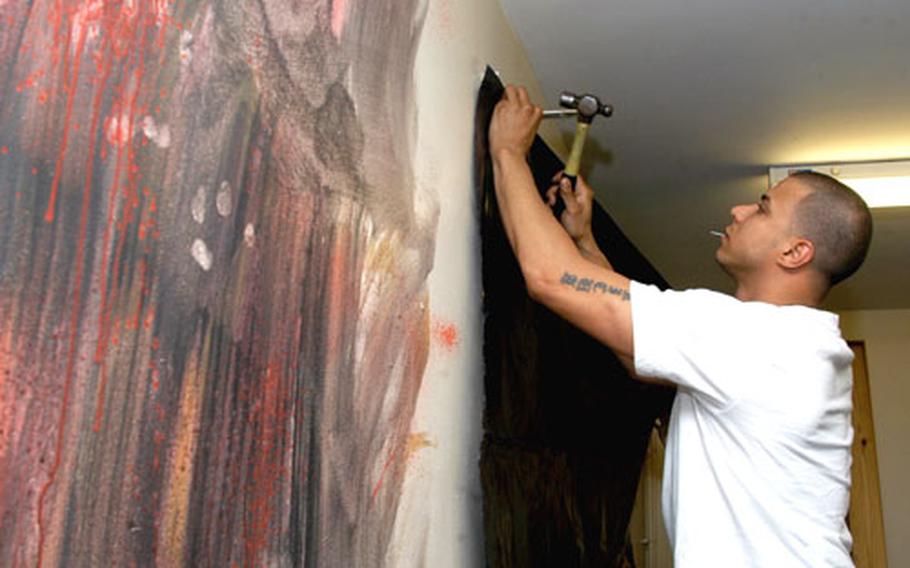 Carlos Simpson loves to scare people. So much, in fact, that he is the self-proclaimed &#8220;director&#8221; in the making of this year&#8217;s Haunted World, an RAF Mildenhall haunted house run by the 100th Logistics Readiness Squadron.

For the past month, numerous volunteers have been renovating the abandoned barracks at Building 402 into a 15-room &#8220;spookfest,&#8221; which is set to open Friday at 7 p.m.

A specially designed wooden octagon sits in one of its rooms. Simpson and Strong declined to say what will happen inside the frame, or in any of the rest of the rooms.

About 40 costumed actors from the squadron and other Mildenhall units are expected to be prowling in the darkness of the haunted house when it opens to the public for four days.

At RAF Alconbury, Master Sgt. Jay McKinney and others have helped construct a 13-room haunted house on the second floor of Building 692, another abandoned barracks complex.

The haunted house, sponsored by the 423rd Air Base Group&#8217;s booster club, is set to open at 6:30 p.m. Friday. The first half-hour or so, the spook house will have its lights on to cater to younger visitors who might be too afraid. At 7, the lights will go out and haunting music will come on, McKinney said.

Using construction know-how from the 423rd Civil Engineering Squadron, the haunted house will feature obstacles in the rooms and hallways to make sure people get as close as possible to the masked actors.

In one of the rooms sits a homemade electric chair with a smoke machine attached to it that McKinney hopes will help simulate someone being electrocuted by high-voltage currents. Down the hall in another room, there&#8217;s a bona fide coffin from the local area and a fake guillotine that will likely behead something. Across the hallway, there&#8217;s a room with some closets that will be used as a meat locker.

And for the grand finale, McKinney said someone &#8212; or something &#8212; would be chasing people out of the building.

&#8220;I love it. It&#8217;s seeing the reaction of people who literally run out of their shoes,&#8221; McKinney said about the past Alconbury haunted houses he has helped create.

McKinney added that there would be about 30 costumed actors roaming the haunted house, which will cost $2 or 1 pound for entry. He expects to see at least 500 people enter the haunted house in its two days of operation. The funds will go toward the base&#8217;s holiday party.

Haunted houses near youRAF Alconbury: The Building 692 haunted house will be open at 6:30 p.m. Friday and Saturday with its lights on for the little ones; the lights will be turned off from 7-10 p.m. The entry price is $2 or 1 pound.

RAF Feltwell: The Community Center on base will feature a free children&#8217;s haunted house Saturday from 6-9 p.m.