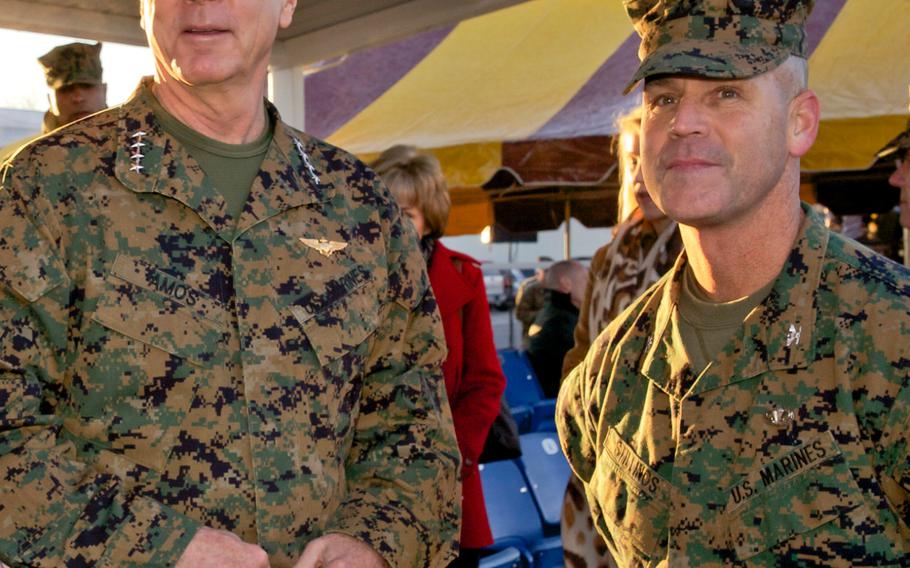 WASHINGTON — The commander of the Marine Corps’ Officer Candidates School has been relieved in the wake of the murder-suicide there that left three Marines dead.

Col. Harold R. Van Opdorp, the Marine Corps’ liaison to the Senate, will succeed Stillings at the school, a Marine spokesman said.

Prospective Marine officers who have not graduated from a military academy or ROTC program are trained and screened at OCS in Quantico, Va., before attending The Basic School and receiving commissions. The commander at the helm of the school is selected by the Marine commandant because of the position’s importance.

Officials say they believe Sgt. Eusebio Lopez, a tactics instructor at the school, killed fellow Marines Lance Cpl. Sara CastroMata and Cpl. Jacob Wooley before turning the gun on himself.

Last year, Amos traveled to Marine bases around the world to talk to officers and enlisted Marines about the importance of ethics and accountability.

Stillings was also commander during two other high-profile situations that cast the school in a negative light: he took command during a sex scandal involving some of his enlisted staff, and a cheating scandal in which Stillings had to boot 21 officer candidates and put 10 more on probation, the Times noted.

Amos told the Marine Corps Times he thinks “an awful lot” of Stillings, but is “deadly serious” about accountability.

“You are responsible for what goes on inside your unit. Period,” Amos said.