‘Hawks’ and their Hornets arrive at Iwakuni for 6-month deployment 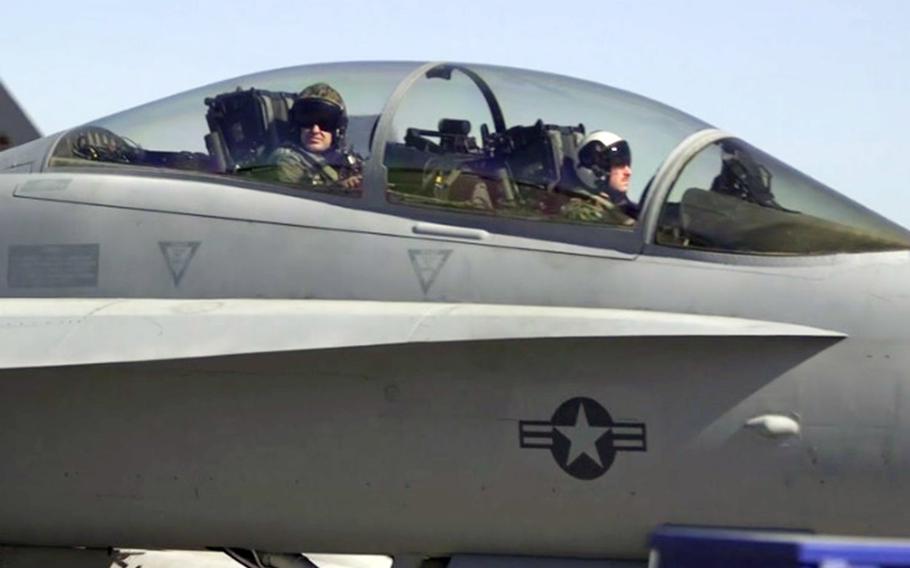 Also known as the “Hawks,” the Marine Corps Air Station Beaufort-based unit replaces a sister squadron, VMFA-251, which has returned to South Carolina.

“The Hawks have a long-standing relationship with Iwakuni and our Japanese allies,” Lt. Col. William Millett III, VMFA-533 commander, said in a Marine Corps statement. “We are excited to serve with the ‘Ready Group’ and to strengthen our international partnership.

“Those of us that have been here before are excited to see old friends and introduce our new squadron mates to Japan and Japanese culture,” he added.

While in Japan, the squadron will support the Marine Air-Ground Task Force commander with command and control, reconnaissance and destruction of enemy ground and air assets. They will also support expeditionary, joint and combined operations.

“Deploying to Japan and the Western Pacific gives the Hawks the opportunity to fly in new and challenging ranges, while focusing on the collective security of the region,” Millett said in the statement.

Such deployments typically last six months, although the length can change if the operational environment shifts.

Iwakuni is the home of Marine Aircraft Group 12, which flies the F-35B Lightning II, the F/A-18D Hornet and the KC-130J Super Hercules. The base is also home to elements of the Navy’s Carrier Air Wing 5, which flies F/A-18E Super Hornets, EA-18G Growlers, E-2D Hawkeyes and C-2A Greyhounds.