A soldier with the 25th Infantry Division in Hawaii tests the flexibility of the trousers of the Improved Hot Weather Combat Uniform earlier this month during fielding of about 800 prototypes of the lighter, faster-drying uniform. (Courtesy of the U.S. Army)

A soldier with the 25th Infantry Division in Hawaii tests the flexibility of the trousers of the Improved Hot Weather Combat Uniform earlier this month during fielding of about 800 prototypes of the lighter, faster-drying uniform. (Courtesy of the U.S. Army) 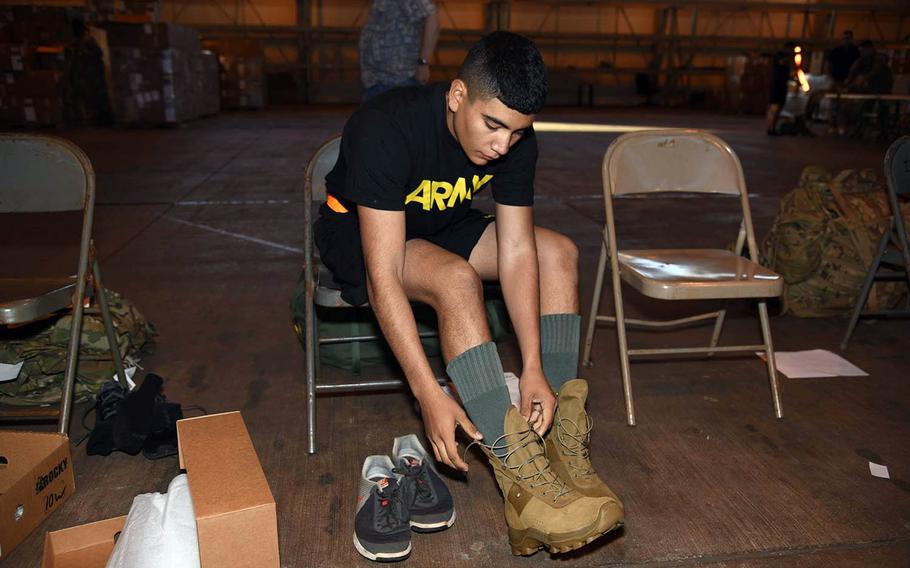 A soldier with the 25th Infantry Division in Hawaii pulls on a prototype of a jungle combat boot earlier this month. Soldiers will test the new boot and a hot-weather uniform for the next half-year in jungle conditions in Hawaii and Southeast Asia. (Courtesy of the U.S. Army) 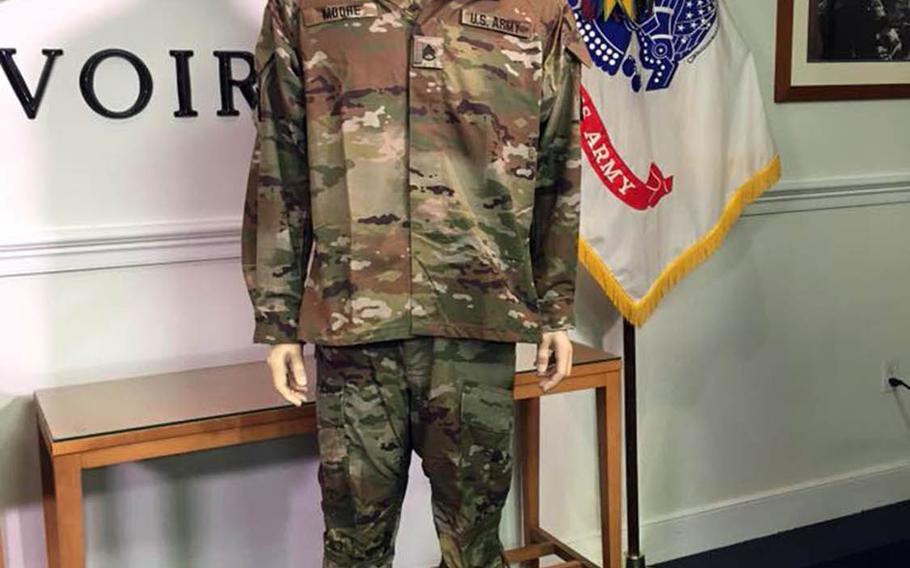 The Improved Hot Weather Combat Uniform now being field tested by soldiers in Hawaii. (Courtesy of the U.S. Army) Variations of the jungle combat boot being field tested by Hawaii-based soldiers. (Courtesy of the U.S. Army)

They’ll put the uniforms immediately through the rigors of the 25th Infantry Division’s jungle warfare school in the mountains outside Schofield Barracks.

They’ll also wear them to several exercises that are part of this year’s Pacific Pathways, which kicks off in February with Cobra Gold in the jungles of Thailand. A Pathways exercise will also be conducted in the Philippines later in the spring.

The uniforms are part of the Army’s continual quest to utilize new technologies as fresh challenges crop up.

The Army’s Program Executive Office Soldier will begin collecting feedback from soldiers in March, Daniel Ferenczy, a product manager for the office, said in an Army news release last month.

The new version of jungle uniform is more breathable and lightweight because excess heat- and moisture-locking layers and seams have been eliminated, Ferenczy said.

The uniform can dry within an hour — 30 minutes faster than the jungle uniform now being used, he said.

Among the other changes are the elimination of the upright and snug-fitting collar; shoulder pockets that open from top rather than sides; buttons replacing zipper closures; removal of breast and back trouser pockets; improved crotch gusset; and greater maneuverability in the knee.

The goal is to have a final version of the uniform worked out during the 2019 fiscal year that begins Oct. 1, Lee said.

The jungle boots being tested now are five variants of a prototype tested by soldiers last year. Soldiers wearing those said they wanted a boot that was lighter, more flexible and with a thinner sole, the Army said.

The boots are also designed for better traction in mud, resistance to punctures and quick drying time.