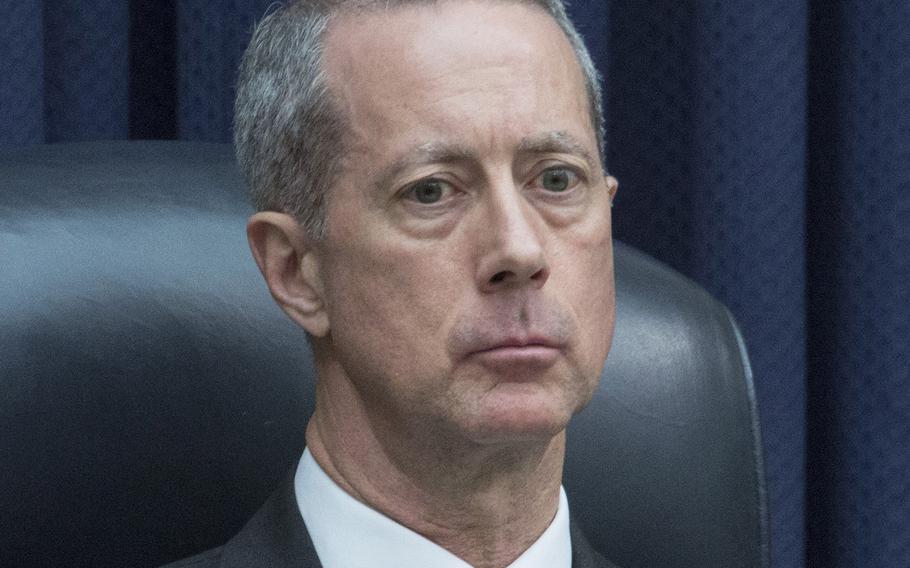 WASHINGTON – A key lawmaker on Friday unveiled his proposal for a massive defense policy plan that endorses the president’s military parade in addition to boosting pay for servicemembers and increasing troops, weapons and equipment.

Rep. Mac Thornberry, R-Texas, chairman of the House Armed Services Committee, proposed $639.1 billion in a military base budget, in addition to another $69 billion for a war chest called the Overseas Contingency Fund. It follows plans unveiled last week by several House panels that laid out the first wave of spending proposals for the next National Defense Authorization Act, which will be considered before the full House Armed Services Committee next week.

It marks the earliest stages of a long process for Congress to reach a deal on the NDAA and sets the tone for a long debate ahead.

“America’s military is facing challenges on multiple fronts, including the troubling increase in serious training accidents in all the military services,” according to Thornberry’s NDAA proposal, known as the “chairman’s mark.” In addition to rising threats from Russia, China, North Korea and Iran and the continuing fight against global terrorism, the plan “implements new reforms designed to speed decision making and improve military agility, while simultaneously restoring readiness and increasing capability and capacity in a force that has been asked to do too much with too little for too long.”

It also endorses President Donald Trump’s demands for a military parade, but stops short of requiring military units and equipment be used in the parade if Defense Secretary Jim Mattis deems it will negatively impact readiness.

In recent weeks, the House Armed Services Committee, its subpanels and its Senate counterparts have held dozens of hearings to discuss the 2019 budget priorities for each of the branches as well as a wide-ranging list of challenges facing the military. The hearings play into the development of the 2019 NDAA, which directs policy and spending plans for the Defense Department.

Thornberry’s proposal follows the framework of House panel proposals, which includes giving troops a 2.6 percent pay hike, the largest in nine years, and a boost to benefits that increase military retention and recruitment efforts.

It also expands efforts to address the rash of oxygen-related pilot failures, support’s Trump’s request for $2.8 billion in spare airplane parts across the services and another $100 million for the F-35 program. It also includes $65 billion for the A-10 Warthog’s wing replacement program and $21.8 billion for equipment maintenance. It also directs for a series of reforms to address readiness failures that led up to the deadly crashes of the USS Fitzgerald and the USS John S. McCain.

The plan also follows earlier House panel proposals to expand the military’s constructive service credit program to count advanced education, experience and training towards a servicemember’s rank and grade and make permanent the Career Intermission Program, which allows servicemembers to take a break from active service.

Thornberry’s plan also includes his earlier proposal to cut 25 percent from dozens of Defense Department agencies known as the “4th Estate,” which includes human resources services and defense media activities, such as Stars and Stripes. The savings could amount to $25 billion, Thornberry has said.

The plan would also spark the Pentagon’s rebuild of its nuclear infrastructure and establishes a command for space defense efforts under U.S. Strategic Command. In recent months, Trump has pushed for a new “Space Force” command.

The proposals follow Trump’s February rollout of the Pentagon’s proposed 2019 budget, which asked for a hike in funding to $686.1 billion. Some experts said the effort was likely to get a positive response on Capitol Hill, especially with a deal already in place to bust statutory spending limits and Congress invested in military improvements during an election year.

The Pentagon’s request for fiscal year 2019, which begins Oct. 1, sought an increase of more than 15,000 active-duty troops and investment in key modernization programs.