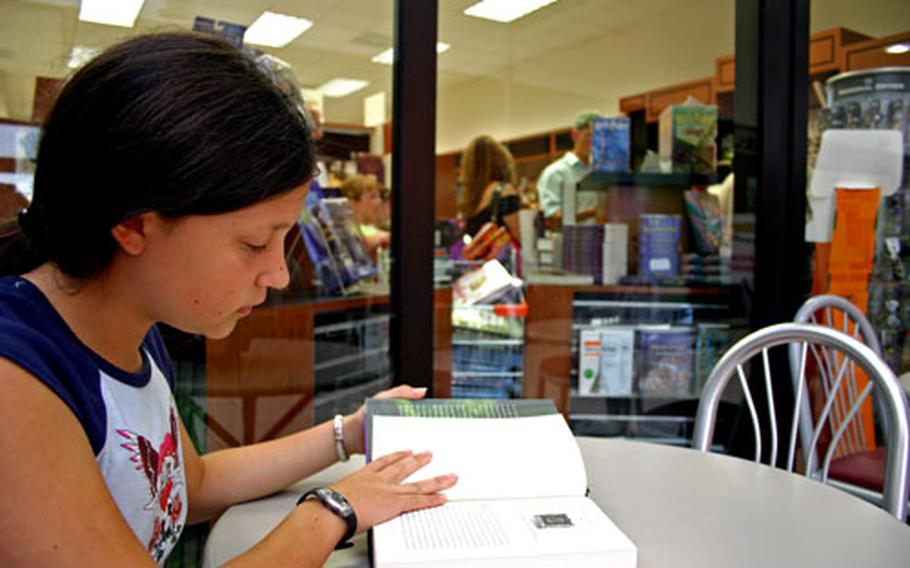 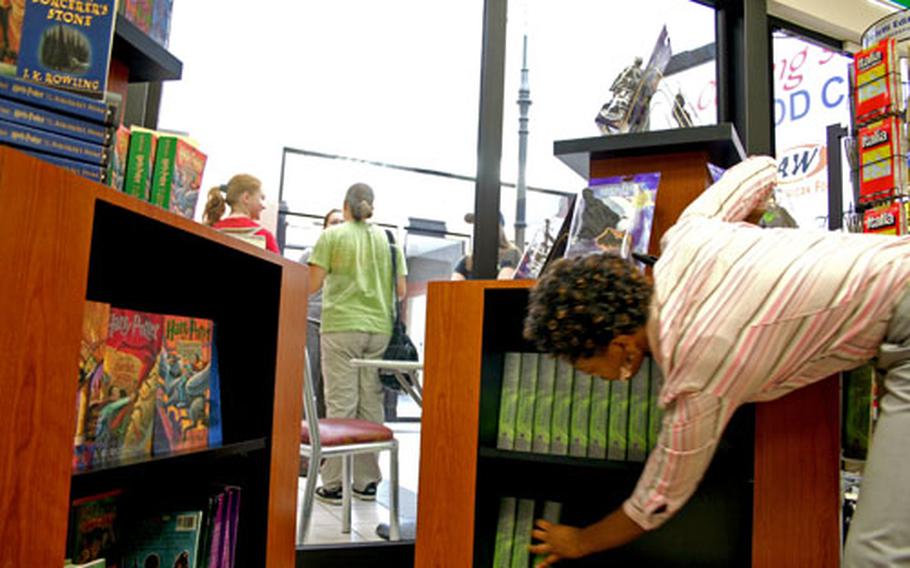 Sean Lucas, 9, who isn&#39;t a “Harry Potter” fan, earned some major brownie points Saturday as he stood in line at the Navy Exchange Bookstore at Naval Support Activity Naples, Italy, to get the sixth book in the popular series for his older brother, Bobby. (Sandra Jontz / S&S)

And yet, there stood the 9-year-old diehard fan of the fantasy-thriller Artemis Fowl series, novels chronicling tales of a 14-year-old criminal mastermind in a world of Fairy People.

He was in line for &#8220;Harry Potter and the Half-Blood Prince,&#8221; along with a dozen others Saturday morning at the Navy Exchange Bookstore to plop down (Dad&#8217;s) $16.49 for the sixth installment of the series that is all the rage.

It wasn&#8217;t for him, mind you. He&#8217;s sure to earn some major brownie points from his older brother Bobby, who slept in as Dad and younger brother first hit the gym for a workout and then the book store line.

Fan or not, those at Naval Support Activity Naples, Italy, vying for the sure-to-be bestseller Harry Potter had it easy.

Elaine Scamordella, the first person in line, got to the bookstore at a comfortably humane 9:15 a.m. Even four minutes before the store&#8217;s 10 a.m. opening, all of four people were in line.

The 24-year-old mother of two was disappointed that the Naples NEX staff had not opened at 12:01 a.m., as other bookstores had done.

Naples was a stark contrast to the revelry at Aviano Air Base in northern Italy, where more than 200 parents and children showed up in the wee morning hours for the Army and Air Force Exchange Service&#8217;s Bookmark launch time of one minute past midnight &#8212; the first moment the book could legally go on the market, supervisor Manuela Buosi said.

In the first hour, the store sold 150 books at a price of $22.49, Buosi said. Beforehand, fans were entertained with trivia games and reading sessions to get into the mood.

Others found their own way.

On Friday night, sisters Kirsten and Rivkah Mentzer, 16 and 20, and friend Winnie Cunningham, 14, threw a slumber party at the Mentzer house in Naples to read the last chapters of J.K. Rowling&#8217;s fifth novel, &#8220;Harry Potter and the Order of the Phoenix,&#8221; released two years ago, and feast on pumpkin shakes and cauldron cakes &#8212; concoctions from the novels but recipes of their own imaginations &#8212; in part because of a shortage of pumpkins this time of year.

Meanwhile in Germany, when the AAFES bookstore at Ramstein Air Base at 7 a.m., 80 customers already were waiting, said store manager Neils Jenson.

News media reports of copies erroneously sold early in Canada had the Naples staff nervous, and for the past week, since their shipment of 520 novels arrived, store clerks checked on the sealed boxes just about every hour &#8220;to make sure no one tampered with them,&#8221; store manager Jack Hammond said.

All the hype really is a good thing, said the Mentzer sisters&#8217; mom, Michelle.

The craze has gotten kids reading, she said.