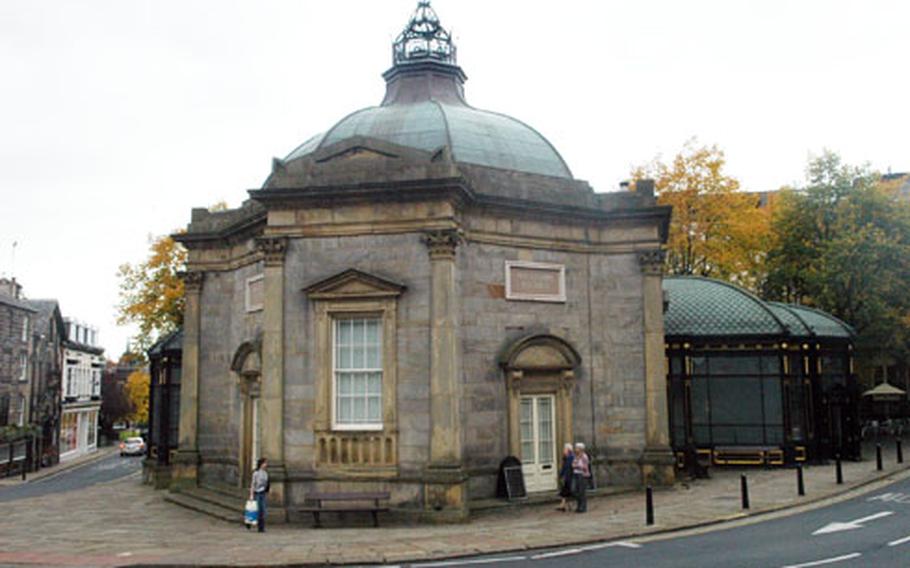 The Royal Pump House Museum in Harrogate is full of artifacts from the past, many of which were donated by locals. ()

The Royal Pump House Museum in Harrogate is full of artifacts from the past, many of which were donated by locals. () 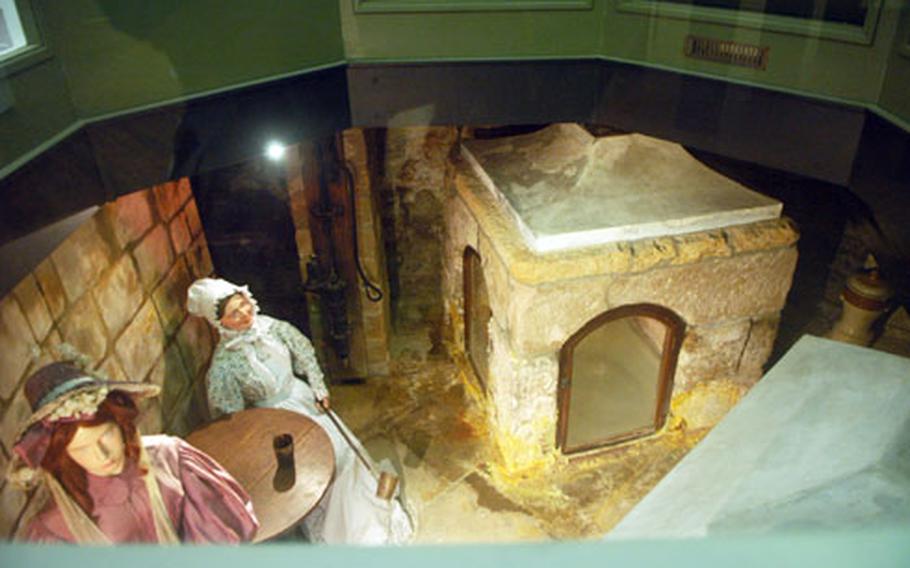 The original sulphur wells at the museum are now closed to the public, but re-creations, such as this one depicting the sulphur wells as they once looked, are on display. (Photos by Geoff Ziezulewicz/S&S) 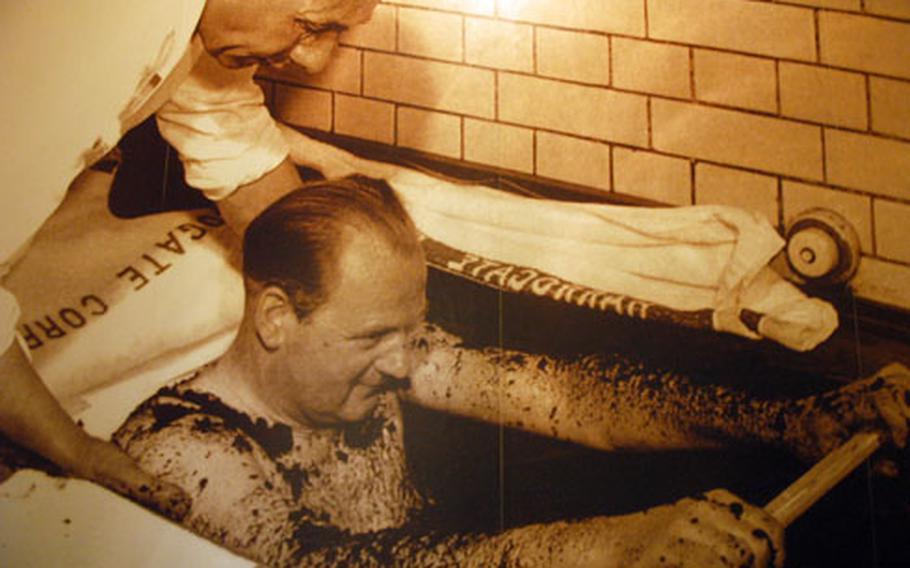 A man gets a spa treatment in one of the historic photos gracing the Royal Pump House Museum. ()

HARROGATE &mdash; "Harrogate is the queerest place with the oddest people living the strangest lives," Charles Dickens once said of this hillside city just down the road from RAF Menwith Hill.

While nothing particularly "strange" strikes a random visitor here, celebrity visitors such as Dickens have frequented Harrogate throughout the years, often to take in the restorative properties of its natural spas.

Those natural spas are celebrated in the city center at the Royal Pump Room Museum, a place of learning dedicated to the story of how a natural sulphur water supply can provide a tourist boon.

Billed as containing "the strongest sulphur wells in Europe," the museum features re-creations of the wells as they were used in the olden days, when up to 15,000 people would visit the site, known as "the queen of inland spas."

And what spa museum trip would be complete without ingesting a bit of the sulphuric contents that made the spot famous? The museum offers free shots of the sulphur water, but drink at your own risk.

The museum features re-creations of some of the old spa&rsquo;s treatment rooms, the kind of late 19th- and early 20th-century medical oddities that have long since been disavowed by any reasonable doctor.

In addition to seeing how the spa treatments used to work, the museum features a rotating cavalcade of historic artifacts from the reserve&rsquo;s collections, everything from Egyptian doodads to knickknacks from the early 20th century.

But why would a spa museum have a vast collection of artifacts? Good question. Many of the items were donated by local people, starting in the 1950s.

These days, museum officials are on the hunt for objects from the not-too-distant late 20th century.

Might this not interest your children for too long? Not to worry, the museum also features a hands-on activity area full of activities to distract them as you take a glimpse into a time gone by, when that uniquely sulphur scent filled the air.

What: A museum celebrating Harrogate&rsquo;s history as an inland spa town, complete with one of the strongest sulphur wells in all of Europe.