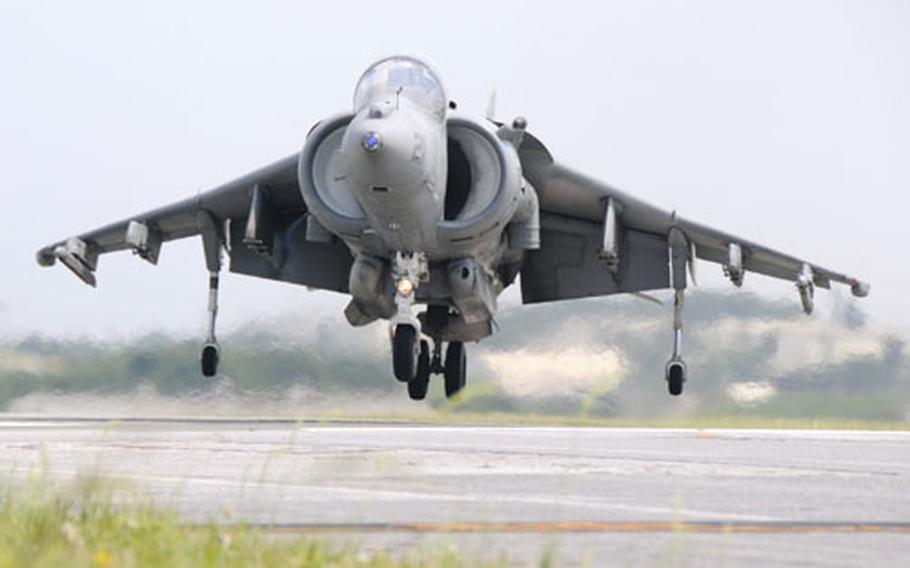 A pilot with Marine Attack Squadron 513 practices landing an AV-8B Harrier on a landing pad about 50 feet by 50 feet at the Kadena Air Base flight line on Thursday. (Cindy Fisher / S&S)

A pilot with Marine Attack Squadron 513 practices landing an AV-8B Harrier on a landing pad about 50 feet by 50 feet at the Kadena Air Base flight line on Thursday. (Cindy Fisher / S&S) 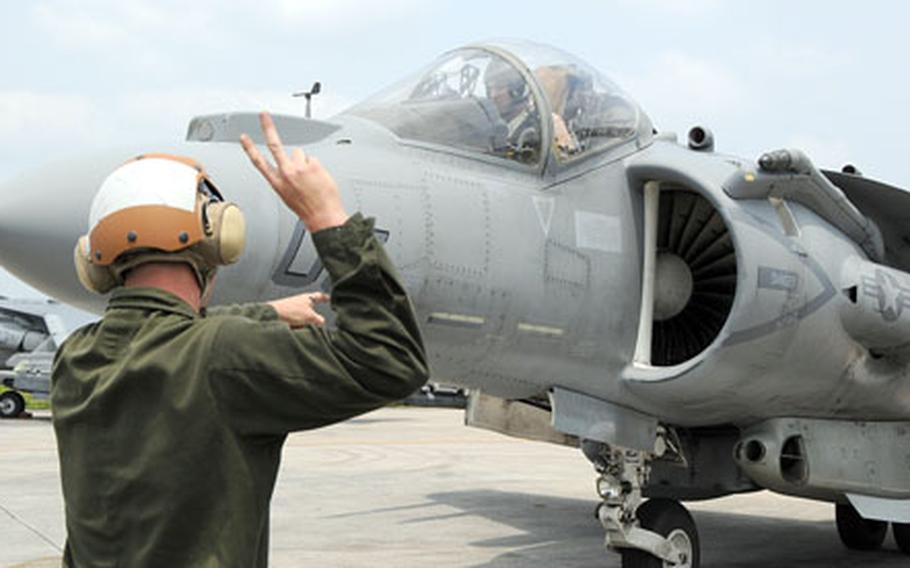 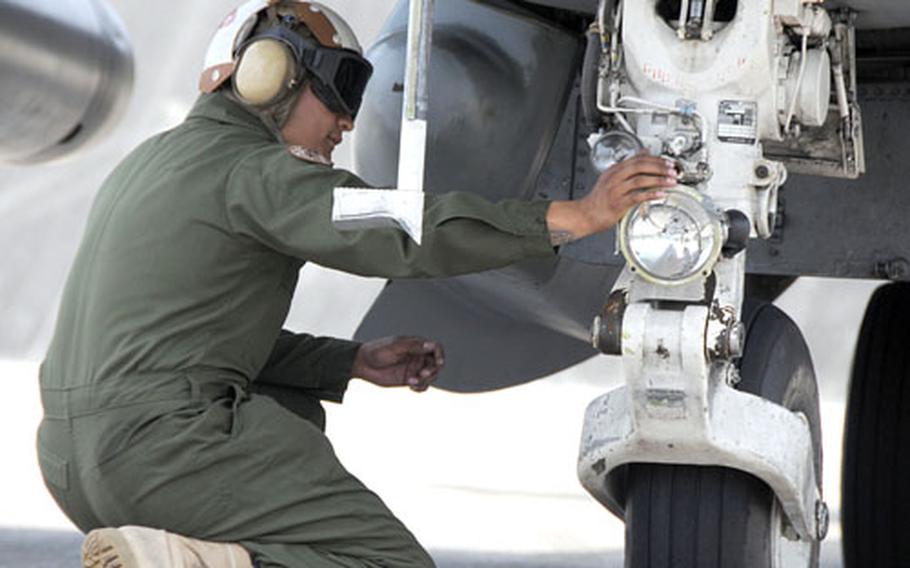 Sgt. Christopher Escobar, an AV-8B Harrier mechanic with Marine Fighter Attack Squadron 513, does a final check on a Harrier before it begins flight operations Thursday on Kadena Air Base. (Cindy Fisher / S&S)

KADENA AIR BASE, Okinawa &#8212; Landing an AV-8B Harrier on the cramped deck of a Navy ship that is pitching and rolling on the ocean takes practice.

Pilots with Marine Attack Squadron 513 refreshed their skills this week for their upcoming deployment with the Sasebo-based Essex Expeditionary Strike Group for exercise Cobra Gold, held in Thailand.

But before they have to land on the real thing, pilots spent time at Kadena Air Base practicing on a 50-foot-by-50-foot simulated ship deck on the flight line.

According to Capt. Scott Buerstatte, a pilot who participated in the training, it&#8217;s easy to tell if a landing has gone wrong.

When a pilot is landing a Harrier vertically, he shouldn&#8217;t see the landing area.

Because of the constant up-and-down motion of a ship, pilots are trained to look at the horizon to ensure their decent is level to the ship, he said.

It takes an average of 4&#189; years to complete Harrier training, Buerstatte said.

As for the training at Kadena, Buerstatte said it&#8217;s better to miss the practice pad on the flight line and still land on concrete than it would be to miss on the ship and land in the ocean.

The squadron, which attached to the 31st Marine Expeditionary Unit in December, is scheduled to return to Marine Corps Air Station Yuma, Ariz., this summer.