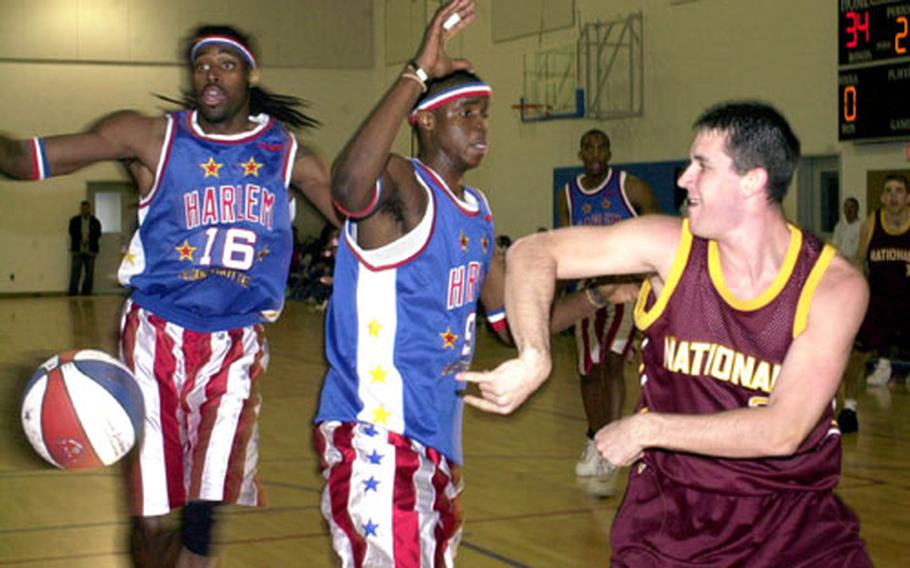 A New York Nationals player makes a pass as John Jackson (16) and Eric Thompson of the Harlem Globetrotters defend during a game at Naval Station Rota, Spain on Sunday. (Scott Schonauer / S&S)

A New York Nationals player makes a pass as John Jackson (16) and Eric Thompson of the Harlem Globetrotters defend during a game at Naval Station Rota, Spain on Sunday. (Scott Schonauer / S&S) 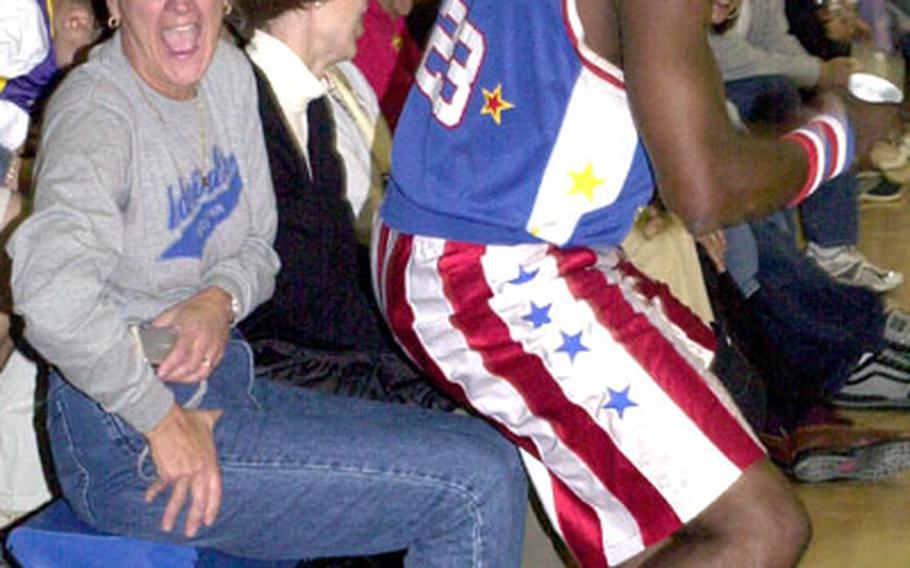 Vicki Orem laughs as Matt "Showbiz" Jackson of the Harlem Globetrotters throws a cup of water over his shoulder during Sunday&#39;s game at Rota. (Scott Schonauer / S&S) 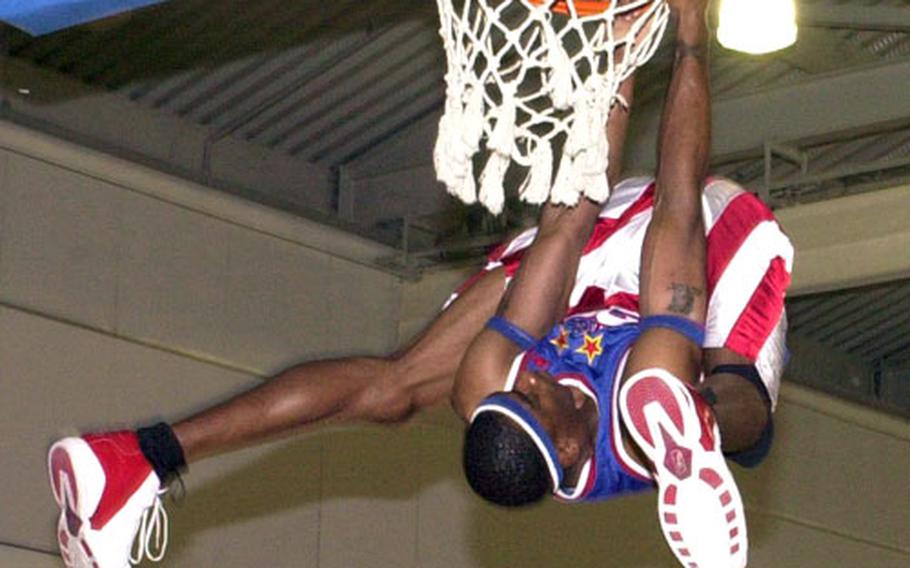 A Harlem Globtrotter hangs from the rim after a dunk during Sunday&#39;s game at Rota. (Scott Schonauer / S&S) 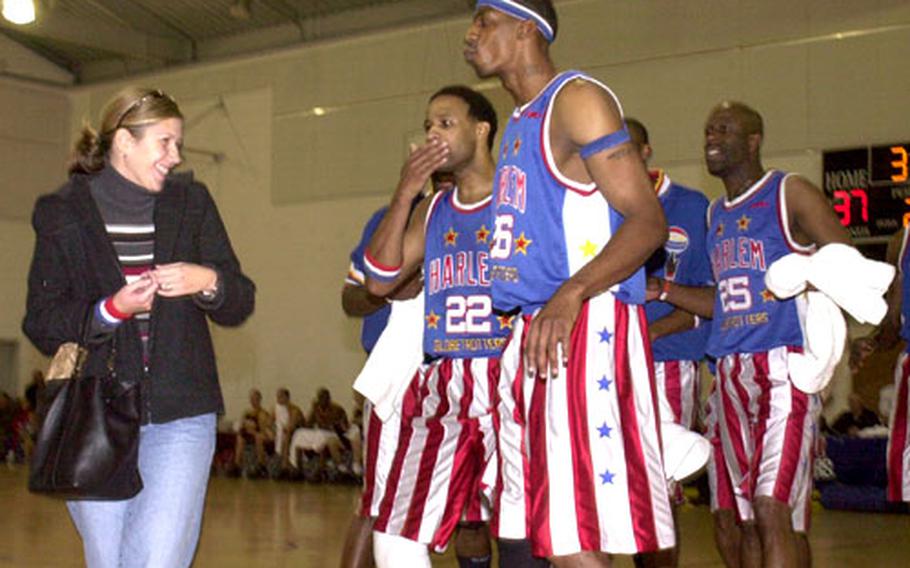 Members of the Harlem Globetrotters ask for a kiss from a spectator at Naval Station Rota. (Scott Schonauer / S&S)

NAVAL STATION ROTA, Spain &#8212; The world-famous Harlem Globetrotters strutted into the packed high school gymnasium, and it didn&#8217;t take long for the smiles, whoops and hollers to emerge from the crowd.

As music blared from the speakers, the funniest, and arguably the most entertaining, basketball team took center stage &#8212; err &#8212; center court and didn&#8217;t disappoint those who came to watch and have fun.

Lt. Anna Schwarz, a nurse at the base hospital, brought her two daughters, Beth, 5, and Christine, 7, to see the team in Rota on Sunday.

They had never seen the Globetrotters but midway through the first half they were laughing and giggling at the team&#8217;s on- and off-court antics.

The legendary group&#8217;s players tipped off their first tour of overseas military bases with their ageless brand of basketball humor on Sunday in Rota.

They played two games against the New York Nationals in a Rota high school gym filled with American military personnel and their families.

The games &#8212; sponsored by AT&T and presented by the Navy Morale, Welfare and Recreation Division and Armed Forces Entertainment &#8212; are free at all the bases.

Joseph Casey, 17, a senior forward on the high school basketball team, had seen the Globetrotters only on TV and was excited about seeing the team for the first time in person.

For Chief Petty Officer Eugene Tolbert, it was a family reunion of sorts. His cousin is Matt &#8220;Showbiz&#8221; Jackson, a veteran Globetrotter who stole the show on more than a few occasions.

&#8220;Sweet&#8221; Lou Dunbar, a former player who now coaches the Globetrotters, said it is gratifying to entertain the troops overseas. Dunbar has been with the team for 27 years. The Globetrotters begin their 79th season next year.

Although the Globetrotters will play in front of smaller, more &#8220;intimate&#8221; crowds on their tour of overseas military bases, they will bring the same show and performance they do at places such as Madison Square Garden.

The shows are free, but some bases require fans to have tickets. Servicemembers should contact local bases for show dates, times, locations and ticket information.